The Quebe Sisters Usher In a New Generation of Western Swing 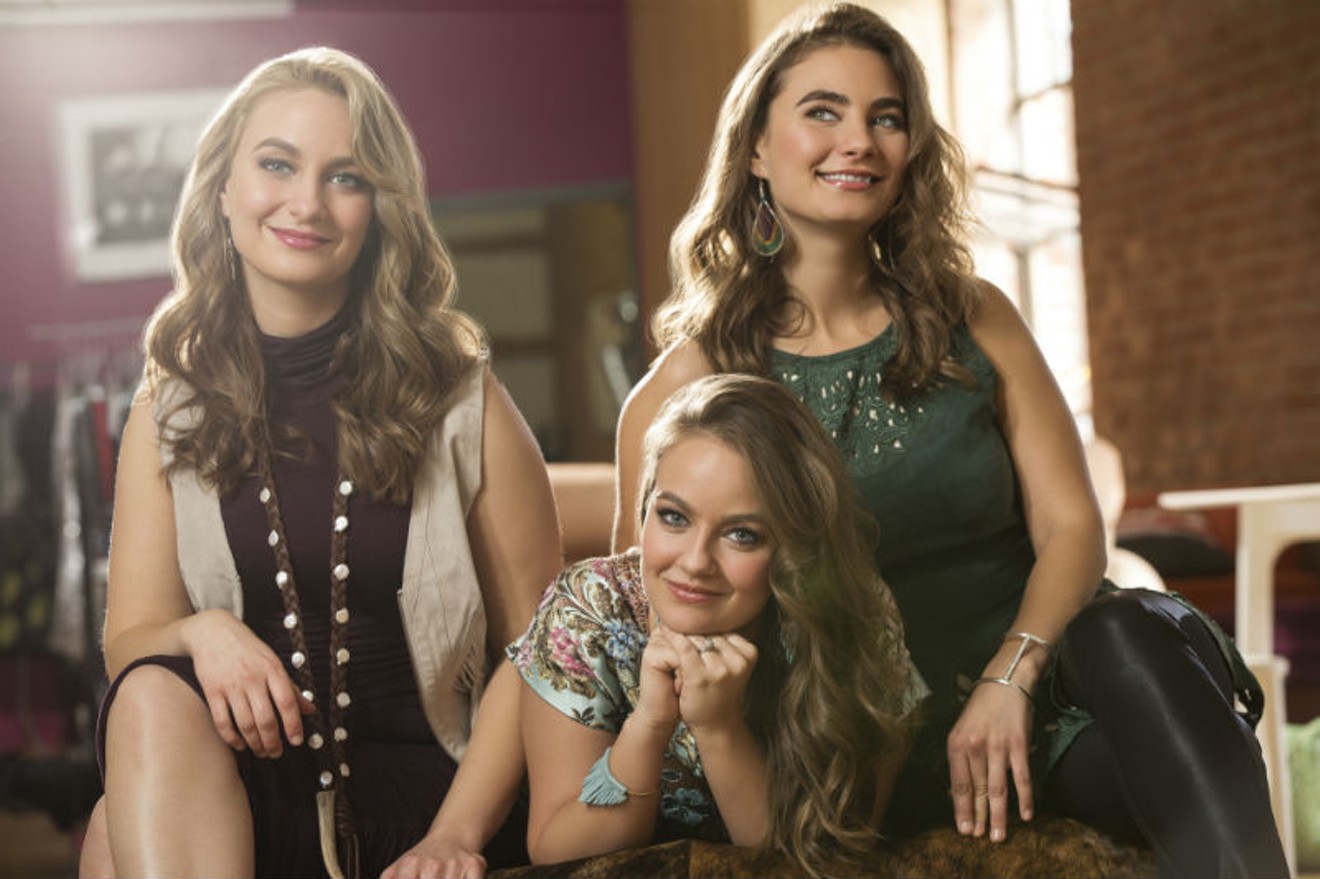 Western swing may seem like an antiquated music genre. Think on it and you might envision male-dominated bands of Playboys, Doughboys and Valleyboys. Maybe you’d believe what remains of this music stays confined to Texas dance halls and bars.

If those are your thoughts, the Quebe Sisters are here to shatter your misconceptions. The trio of North Texas sisters has ensured the music style remains viable. They’re fiddle-playing, three-part-harmony-singing front women for a group which has performed at the Kennedy and Lincoln centers. They’re proudly ushering a new generation of western swing in with freshly-written, original songs. The band will provide a sampling of those songs from their upcoming album and plenty of familiar favorites to those who venture to their Saturday night show at Dosey Doe.

So, how does this music go from Texas saloons to the nation’s top performing arts halls? Sophia Quebe said the band was a featured act in a production on the life of Bob Wills which fellow artists Asleep at the Wheel organized for the Kennedy Center. They’ve played Lincoln Center a couple of times now, she said, most recently for an Americana music festival. They’ve even taken the music overseas to Europe and Russia. No matter where they play, Quebe said, the audiences share something in common.

“I think people just kind of love music that makes you feel good, that is kind of danceable in some way, people love that all over the country regardless of the area,” she said. “Obviously, Bob Wills was more known in Texas and Oklahoma and throughout the south, but there’s fans of western swing everywhere so it makes it easier on us and a lot of fun.”

The fun started early for Sophia and her sisters, Grace and Hulda. They were all kids when they took up the instrument that’s at the center of their performing lives.

“Our mom, she always loved the violin, so she thought it would be a cool, enriching thing for us to take some violin lessons and so we all started at the same time even though we were different ages,” Sophia said. “We played for, I don’t know six months, two years, something like that - it wasn’t a real long time - and we heard about this fiddle contest that was in a nearby town where we lived in North Texas and we went there and we heard fiddling for the first time, on the same instrument that we were playing and we thought, man, this is really cool.

“So, we wanted to learn some tunes,” she continued. “We didn’t have any huge aspirations, we were just thinking it would be cool to learn some tunes, so we started taking some lessons and learned some tunes and we kind of just took off from there. The natural progression of it was, you know, if you’ve got three people playing in one household you just naturally want to play some tunes together.”

That's how they formed their "triple-fiddle" approach to the music. The sisters are accomplished musicians and might have made a go of a music career based solely on their instrumental prowess, but Quebe said after several years of playing it was suggested they also sing together, “because there’s not that many all-instrumental bands that necessarily have really long running careers, especially in today’s day and age.

Because of those soaring and distinct vocals, the band sounds quite different than the usual suspects, the afore-noted “boys” bands of yore who were led by male bandleaders like Wills and Hank Thompson. Quebe said the sisters have received support from the country and jazz communities which western swing bonds together. Most recently, she said, the band has prospered from working with Duffy Jackson, who she called “one of the best swing jazz drummers living today.” Jackson too began music as a child and has played with a virtual who’s who including Count Basie, Duke Ellington, Lena Horne, Ella Fitzgerald and Sammy Davis, Jr.

“He is just the most kind, musical, loving person you’d ever want to meet and he’s hilarious,” Quebe said. “He’s helped us musically and has given us some direction.

“It’s just really important to find people like that when you’re trying to study a style that’s relatively not in the main stream,” Quebe continued. “You can go listen to the old records and try to learn from them but it’s a totally different thing when you can actually play with someone that plays like the old records.”

The sisters have been touring for more than 15 years, but Sophia said the current iteration of the band has been together about four years now and it’s proven the right vehicle for advancing the music. They’ve penned original songs for the band’s approaching self-titled album, which wrapped recording in January.

“We have originals and we’re wanting to write more and more, that’s a newer thing for us in our repertoire,” she said.  “We were like hey, if we’re really going to be true to the music you can’t treat it like it’s a relic. You can’t just try to preserve it as if it’s this old thing, you’ve got to bring new life into it and write new songs and come up with something that’s original to you.”

The Quebe Sisters, Dosey Doe Big Barn, 25911 Interstate 45 North, The Woodlands, 8:30 p.m. Saturday, May 4. $35-$45, all ages.
KEEP THE HOUSTON PRESS FREE... Since we started the Houston Press, it has been defined as the free, independent voice of Houston, and we'd like to keep it that way. With local media under siege, it's more important than ever for us to rally support behind funding our local journalism. You can help by participating in our "I Support" program, allowing us to keep offering readers access to our incisive coverage of local news, food and culture with no paywalls.
Make a one-time donation today for as little as $1.