Tiffany's Pieces of Me Tour Hits Houston This Week 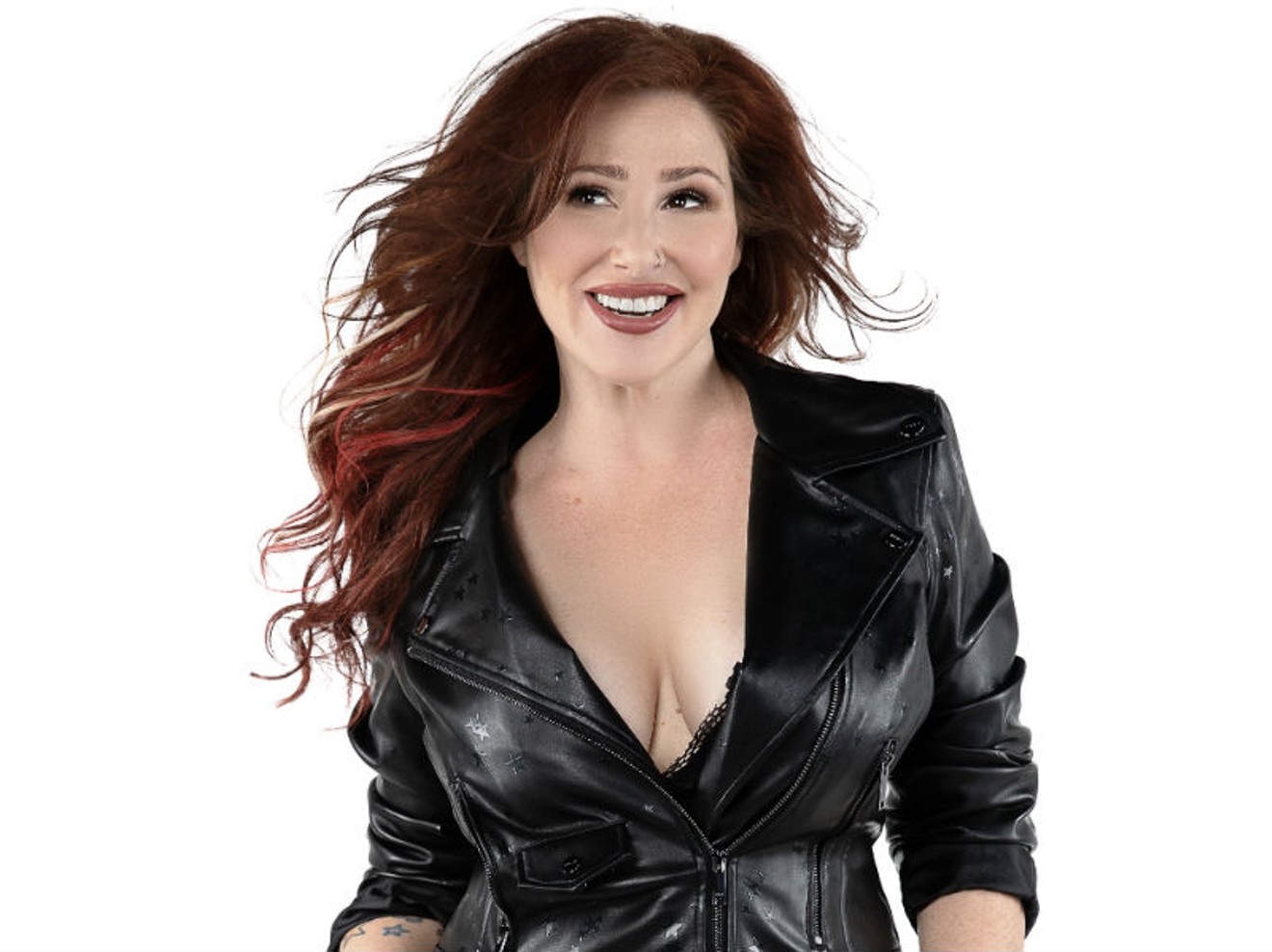 If you stopped listening to Tiffany just after she became a teen pop sensation and MTV darling in the late 1980s, then you may have missed some things. Since then, she’s done some acting, a bunch of TV work, she famously modeled for Playboy. And she never stopped releasing genre-hopping music that has routinely drawn critical raves, if not necessarily the commercial success she encountered with her breakthrough number one hits “I Think We’re Alone Now” and “Could’ve Been.”

Because she’s never really left the limelight, you probably haven’t wondered whatever happened to Tiffany. But, if you want to know what the singer-songwriter and savvy businesswoman is up to right now, she says her latest album, Pieces of Me, is where you’ll find your answer. She’ll be performing songs from the 2018 release and older favorites Friday at the Hobby Center.

“If you want to know me today, if you want to know even the girl – the 10-year-old, the 12-year-old rocking in the room thinking ‘I hope to be Stevie Nicks one day’ – this is the album that you need to tap into. This is where I’m living currently, this is where I think I’m at my best as a songwriter,” she told the Houston Press by phone last week, just before she embarked on a 40-date fall tour. “All of it really is, to me, all of those years that I was growing and trying things and things not working out, all the hardship, all the good, the bad, the ugly. That’s all rolled into this album. I always tell people start here because this is where I’m going.”

Tiffany is also going to dozens of U.S. concert venues this fall, from San Francisco, where the tour started on Monday, to the East Coast, into Canada and all points in between. Our interview was delayed one afternoon because she was making transportation arrangements for the road, finding a trailer for the sleek, black tour van she owns and describes as “very Darth Vadar.” We ask if this hands-on approach is vastly different from her first tour, an infamous nationwide tour of shopping malls she did as a teenager to promote her debut album, which went quadruple platinum. She said she learned early on to fend for herself and had some specific role models to follow in that regard.

“I think I learned the business side very quickly. You know, I mean a lot of that stuff is amazing, it’s amazing to have cool stuff and all, but that’s all coming out of your pocket,” she offered. “As a businesswoman I’ve just kind of grown behind the scenes - as a songwriter, a producer, a partner in my management company and as a driver on the road! I mean, I’ll do it all. I think that’s just the cowboy in me and also the early experience I had as a country singer. I mean, these women were out there making it happen, they had to be strong women.”

She named her music idols, singers like Patsy Cline, Loretta Lynn and Tammy Wynette, whose music she sang and loved before she ever went pop. Those legendary artists juggled careers with their family commitments. They leaned on their bands for support. Tiffany said she’s done the same over the years.

“So, all of these things make sense, it’s where I learned the love of touring and live performing, that’s what I’ve been doing since I was nine years-old, having the country and western background. It’s all about being with the band and live touring, that’s kind of how you earn your cash and how you expand your audience, that’s how you get your new music out there. So, those old school rules still apply. That’s kind of what I’m doing now.”

She made it clear she’s not against being chauffeured to the red carpet and stepping out of the limo the put-together product of stylists and makeup artists on “Team Tiff,” but “usually you’ll find me at a venue, pulling up and being very involved, from unpacking to making the dressing room look great to making sure the guys have got everything they need. You know, I love when people are happy around me and it takes all of the people around me to make what I do happen, so I’m very grateful.”

Pieces of Me is Tiffany's 10th studio album and, in her opinion, the best of the bunch
Album cover art

Tiffany said she was recently energized by the Mixtape Tour, 50-plus dates she did in the spring with friends New Kids on the Block, Salt-N-Pepa, Debbie Gibson and Naughty by Nature. Those shows drew more than a half-million fans out. Although she wants to do more acting and recently entered the podcasting arena with Pieces of Me, the podcast, she said she feels like she’s “just cracking ground” on these refocused music efforts.

“For me right now, touring is my commitment. I’m committed for another year. I won’t see the light of day from stopping doing shows all over the world until this time next year, but, you know, that’s what it takes. I’m excited. I love the new music, Pieces of Me, I love the new album that’s gonna happen and drop after the first of next year, so I’m saturated in music and great people around me. So, while I have everybody, just keep it going, you know?”

“We’re creating such great music. I feel very strong about having a new album right behind Pieces of Me to keep all the momentum going. We’ve been really working hard on this for a couple of years.”


Tiffany said Pieces of Me rocks a little harder than some of her past efforts, records like her eponymous pop debut or 2011’s country album, Rose Tattoo. She said she’s just finished recording five tracks for the approaching album, which takes her in yet another direction.

“The new album really is going to go back and have a lot of that punk element to it, which I love,” she said, noting fans of acts like Blondie and The Go-Go’s might be interested in the new stuff.

“I mean I think I associate ‘80s music with fun, you know? Easy lyrics, easy to digest. We’re doing a lot of those kinds of songs. Not that they’re on the fly, you know, they’re still going to be well-written, well-produced songs, but again we definitely want things that are upbeat and still feature my voice, but people could be out there rocking to them and having a good time.”

“Pieces of Me is my favorite album so far, I’m very grateful for all of the stuff in the beginning, but Pieces of Me really has my heart,” she said, “But the new stuff, I walk out of there going, ‘Oh my gosh, it’s even better! What do we do with that?’ So, it’s a nice place to be, I have to say.”

Another nice place to be? The shopping mall. It’s an unwritten rule that any music writer must ask Tiffany a mall question. Which mall is her favorite ever, we inquire? She’s a good sport about it all.

“It’s actually a mall in Nashville and that has nothing to do with the mall tour,” she admits, “but if I’m going to go to a mall just to hang out and feel comforted and kind of chuckle a little bit, it would be the mall by my house in Rivergate in Nashville because that’s where I used to take my son and it was amazing. You know, back then especially people used to freak out – Tiffany in a mall! They still do, some people still get it and then I feel a lot of pressure, I feel people watching me when I’m shopping, but it is kind of funny when I’m in a mall. I will get that kind of look. I just have to roll with it sometimes.”

Tiffany's Pieces of Me Tour, 8 p.m. Friday, September 6 at the Hobby Center's Zilkha Hall. Tickets $54 and up.
KEEP THE HOUSTON PRESS FREE... Since we started the Houston Press, it has been defined as the free, independent voice of Houston, and we'd like to keep it that way. With local media under siege, it's more important than ever for us to rally support behind funding our local journalism. You can help by participating in our "I Support" program, allowing us to keep offering readers access to our incisive coverage of local news, food and culture with no paywalls.
Make a one-time donation today for as little as $1.