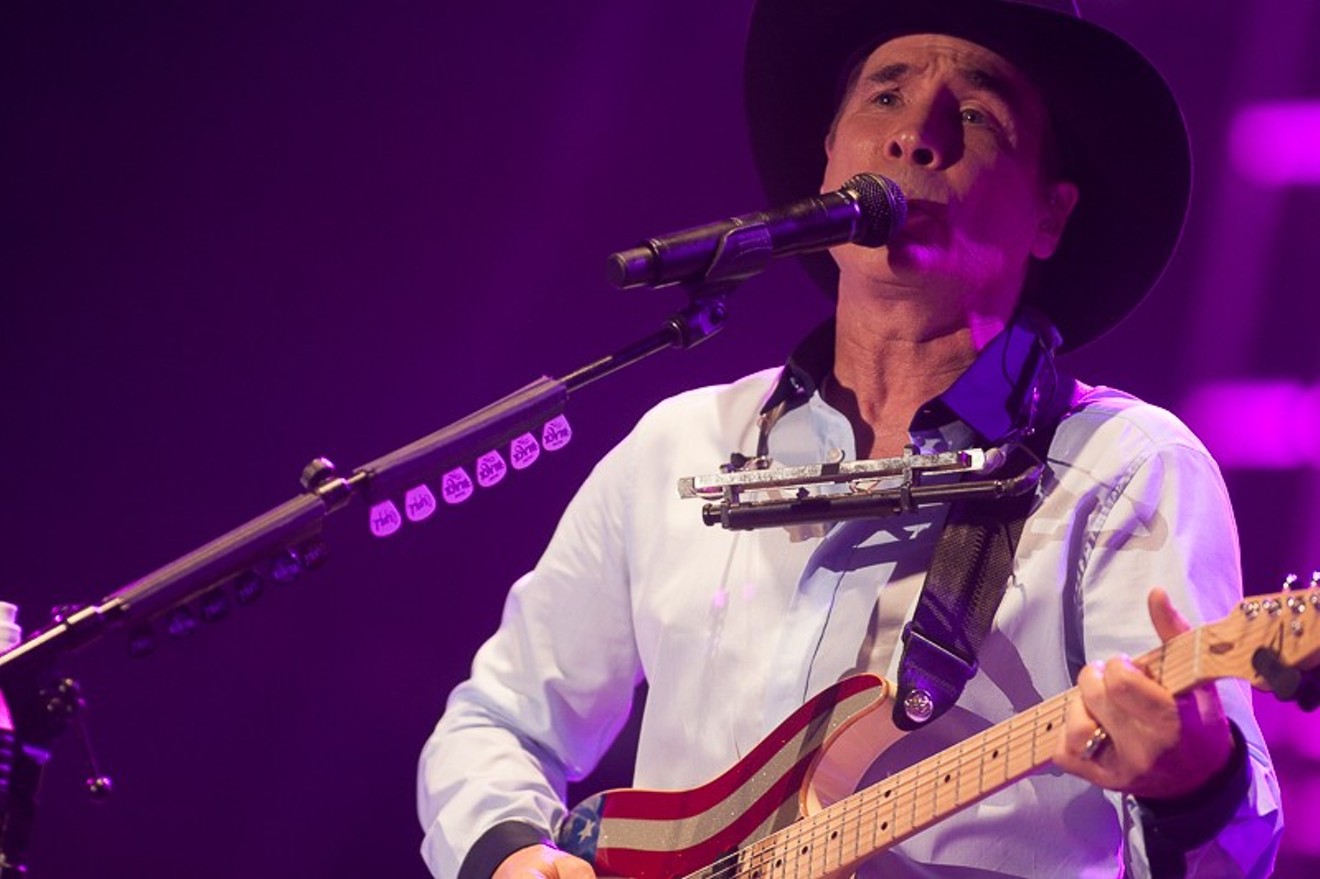 Clint Black at Freedom Over Texas in 2015 Photo by Abdul Khan
Keep your eyes toward the weekend, Houston. The forecast calls for scattered thunderstorms today and tomorrow, but Friday, Saturday and Sunday are projected to be mostly sunny with highs in the low 80s. Also, starting in April, there will be a lot more live music to enjoy, so get your rest while you can because local music venues need your support.

Clint Black
Live-Streaming – 03.25
It has been more than three decades since Clint Black released his breakthrough debut Killin’ Time. The New Jersey native has released 12 more albums since, most recently last year’s Out Of Sane, which was well-received by longtime fans. The Grammy Award-winning artist will live-stream a performance for the Ford Truck Month Concert Series tomorrow night.

Rhett Miller
Live-Streaming – 03.26
Rhett Miller made a name for himself as the front man of The Old ‘97s, an alternative country outfit from right here in Texas. The Dallas native also moonlights as a solo act, with eight records to his own name, complementing his band’s 13. Hear the indie-country crossover artist go full cover-band this Friday night on StageIt.

Band Of Horses
Live-Streaming – 03.27
Band Of Horses have been a household name for 10 years now, thanks in no small part to their third outing Infinite Arms, which received a Grammy nomination in 2010 after Q Magazine called it “the next great American album.” The Seattle rockers’ next two releases – Mirage Rock and Why Are You Ok – weren’t nearly as acclaimed, but fans continue flocking to hear front man Ben Bridwell’s captivating lyrics. See the group perform together for the first time in more than a year this Saturday.

Waterparks
Live-Streaming – 03.27
Houston’s own Waterparks has had a successful past few years. The trio’s third studio album FANDOM – which debuted at number 32 on the Billboard 200 last October – was praised by pop-punk enthusiasts, and the group already has another release – ironically titled Greatest Hits – planned for this May. Fans of sing-along choruses and snarky lyricism can watch Waterparks’ live-stream this Saturday.

Samantha Fish
Heights Theater – 03.28
As a teenager, Samantha Fish was drawn to blues music. She grew up Stevie Ray Vaughan and The Rolling Stones, rounding out the Gospel influence she received from her mother being an instructor at a local church. Before she was 21, Fish’s debut caught the attention of a talent agency; barely two years later, she had another record under her belt: Girls With Guitars, which was recorded with Cassie Taylor and Dani Wilde. Since then, the Kansas City native has released half a dozen solo records, racking up plenty of accolades and quite a bit of fanfare along the way. See her at the Heights Theater this Sunday.
KEEP THE HOUSTON PRESS FREE... Since we started the Houston Press, it has been defined as the free, independent voice of Houston, and we'd like to keep it that way. With local media under siege, it's more important than ever for us to rally support behind funding our local journalism. You can help by participating in our "I Support" program, allowing us to keep offering readers access to our incisive coverage of local news, food and culture with no paywalls.
Make a one-time donation today for as little as $1.