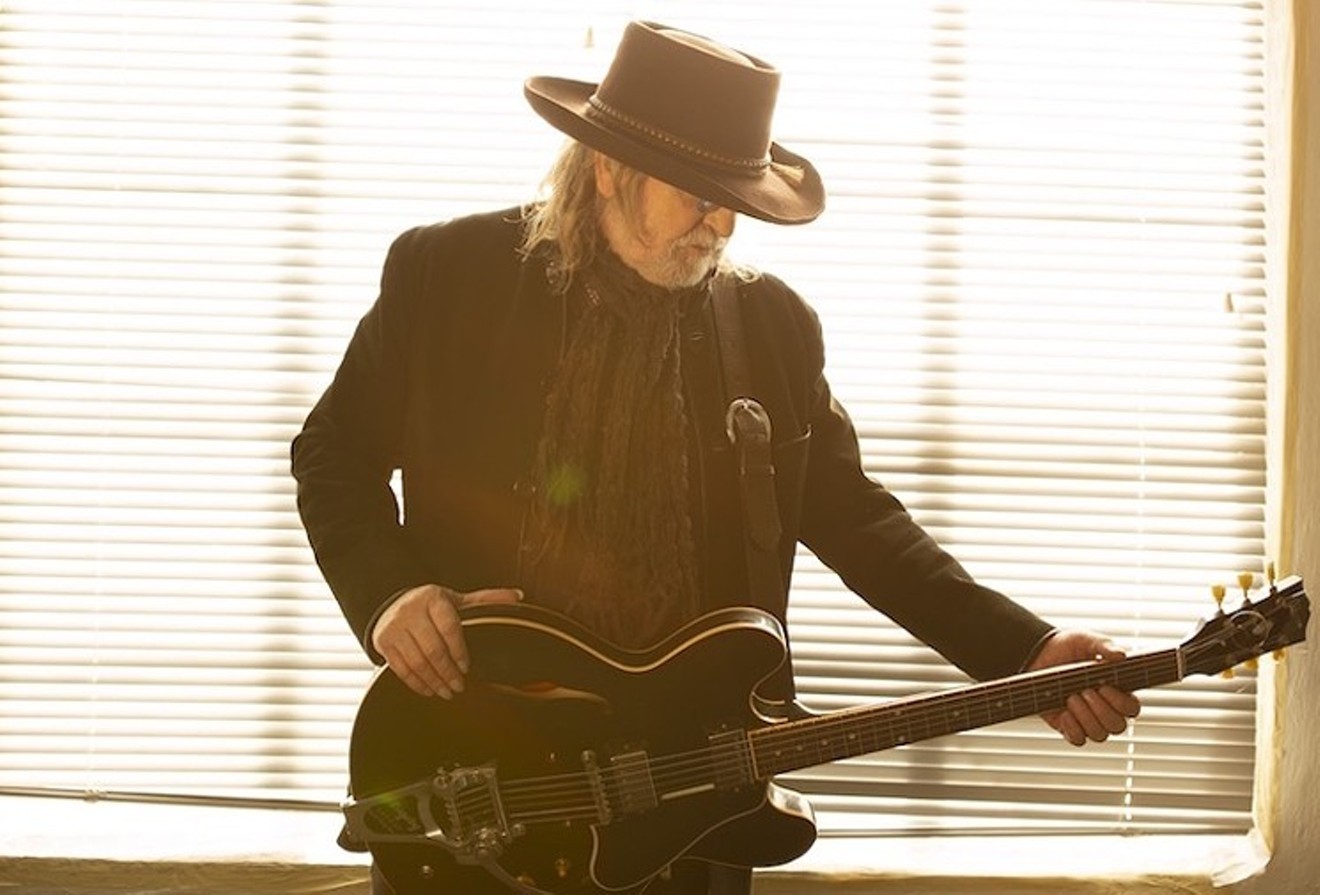 Ray Wylie Hubbard Photo By David McClister
And just like that, RodeoHouston is over. It will be another 11 months before you stomp around NRG Arena in brand-new boots, with a 12-inch corndog in one hand and a funnel cake in the other. But thankfully, this year's festivities felt a lot like the old normal; regretfully, that's also probably why the 2022 season felt so short. But even with the Houston Livestock Show and Rodeo hanging up its hat for the year, there are plenty of great concerts to enjoy in the Bayou City this week. Keep scrolling to see what's on tap.
Ray Wylie Hubbard
The Heights Theater - 03.24
Despite being born in Oklahoma, Ray Wylie Hubbard has called Texas his home since the mid-'50s. And anyone familiar with his work knows that we're lucky to have him as a neighbor. From "Snake Farm"  to Conversation With The Devil"  the legendary Americana singer-songwriter has penned countless great tracks during a career that has been going strong for nearly five decades. On tour in support of last year’s Co-Starring Too, Hubbard will visit the Heights Theater tomorrow night. Supported by Kelley Mickwee.
The Airborne Toxic Event
House Of Blues - 03.25
In 2008, The Airborne Toxic Event were being hailed as the next "it" band. The Los Angeles outfit's eponymous debut was moody, atmospheric, stylish and, above all, very popular on college campuses. A decade and a half gone by, the quartet — named after a section in Don DeLillo's novel "White Noise" — remains a fan-favorite of world-weary indie fans. On tour in support of Hollywood Park, The Airborne Toxic Event will perform at House Of Blues on Friday.
Josh Abbott Band
White Oak Music Hall - 03.26
Ten years ago, I had the good fortune to see Josh Abbott Band perform alongside the likes of Alan Jackson, Martina McBride and Jack Ingram. Since then, the Red Dirt outfit has exploded in popularity — and rightfully so. With six studio albums to their name, the Lubbock natives boasts a reputation for putting on a great live show, so this one is a can't-miss for country fans. Supported by Grant Gilbert and Triston Marez, Josh Abbott Band will visit White Oak Music Hall on Saturday.
Tyler, The Creater
Toyota Center - 03.27
Tyler, The Creator cut his teeth as a member of Odd Future, a rap collaborative that also served as a jumping-off point for the likes of Vince Staples, Earl Sweatshirt and Frank Ocean. Since then, Tyler has matured from an incendiary, potty-mouthed public figure into a thoughtful, deceptively charming one. On tour in support of Call Me If You Get Lost, the followup to the critically acclaimed Igor, Tyler will perform at Toyota Center on Sunday.
KEEP THE HOUSTON PRESS FREE... Since we started the Houston Press, it has been defined as the free, independent voice of Houston, and we'd like to keep it that way. With local media under siege, it's more important than ever for us to rally support behind funding our local journalism. You can help by participating in our "I Support" program, allowing us to keep offering readers access to our incisive coverage of local news, food and culture with no paywalls.
Make a one-time donation today for as little as $1.