Taylor Swift's Folklore is Whatever Story You Need It To Be 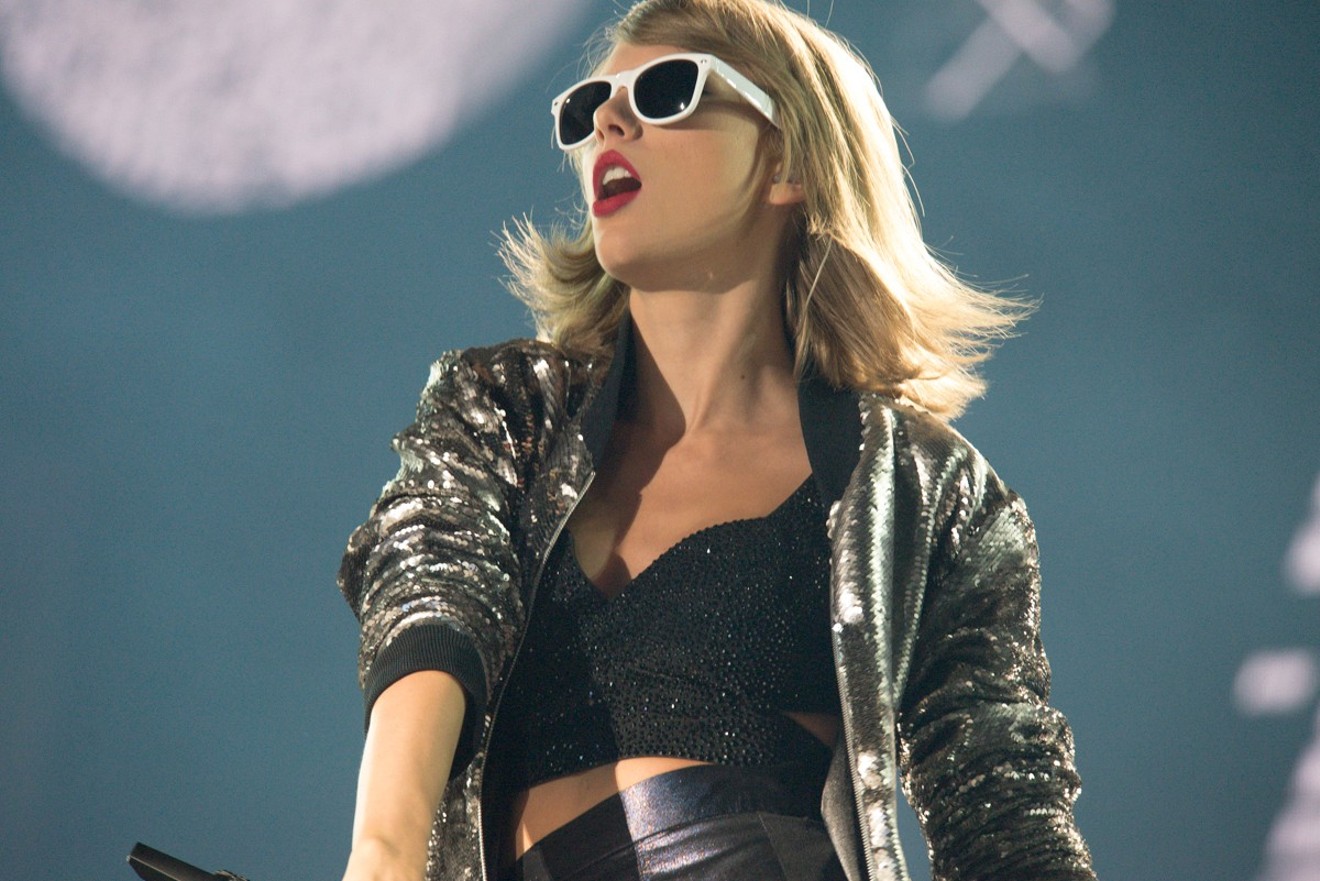 Hard to imagine this Taylor singing "Exile." Photo by Jack Gorman
She’s a snake, even if she’s never broken your trust. She’s your best friend, sharing her secrets in your ear. She’s a good role model, the girl next door you want your kid to be. She’s too outspoken and needs to stay in her lane. She tries too hard and isn’t original enough. She’s too big to fail.

For someone we as a culture supposedly know everything about, Taylor Swift really is a blank slate for people to project their feelings — be they on feminism, whiteness, or pop music — upon. Everything she does — every song, every interview, everything social media post — is examined and debated over, and that’s just by the people who claim to love her music the most. She has become less an artist and more of a living cipher to be decoded.

Because of this, her new album Folklore feels less like a new album release and more like a Rorschach inkblot. Some will look at it and see an artist stretching her creative wings. Others will see someone trying hard to be taken seriously only to end up sounding boring. There are those that will swear this record could only exist in times like these and others who will argue that it’s in fact timeless. It will be a critical darling and a fan favorite. It will be lame because you can’t dance to it. It will be all of those things, and every other permutation in between.

Mostly it’s just necessary. In an increasingly weird year where it feels like there’s no such thing as hitting bottom, it’s nice to have a piece of media that reinforces our deeply held beliefs. Folklore gives music fans a sense of stability that’s been missing this summer.
Those who already aren’t a fan of Swift will point to the album’s too glossy production as proof that she’s a shallow, pop songwriter who will never be more than that. Superfans will love it simply because it exists and gives them something new to descramble. People who are Swift-friendly will like it fine enough because her command of melody is as strong as it has ever been. Critics are happy to have something that can review that will drive page views to their sites. Streaming services will get a boost in streams. Industry watchers can take a week off from pretending there’s a Song of the Summer race to be won. And even drama fans have something to bite their teeth into, given that the album came out that day that Kanye was supposed to be releasing new music well.

It’s a win-win situation for everyone, especially for Miss Swift herself. Not only has the pandemic provided her a chance to make music without the worry of having to tour behind it — it’s almost impossible to imagine any of these songs in the stadium-sized venues that are the primary home of Swift tours — but it adds yet another interesting story in her personal legend. “Remember the time Taylor Swift surprise-released a big adult record without any bangers on it in the middle of the summer where the world seemed like it was ending?” can join the pantheon of tall tales we already tell about her, and for once it’s a story that can’t be spun with her as the bad guy.

Folklore will almost certainly be the top record in the country this week. Songs will chart, although it’s hard to believe any of them will become pop radio standards. A year from now, if we’re lucky, eyes will turn toward her first live shows to see which of these songs end up in her set lists. And until then folks will argue about which of the songs on Folklore are rooted in truth and which are just stories. Love it or hate it, by simply existing when it does, it’s the most interesting thing she’s ever done.
KEEP THE HOUSTON PRESS FREE... Since we started the Houston Press, it has been defined as the free, independent voice of Houston, and we'd like to keep it that way. With local media under siege, it's more important than ever for us to rally support behind funding our local journalism. You can help by participating in our "I Support" program, allowing us to keep offering readers access to our incisive coverage of local news, food and culture with no paywalls.
Make a one-time donation today for as little as $1.