Women Who Should Be In The Rock & Roll Hall Of Fame 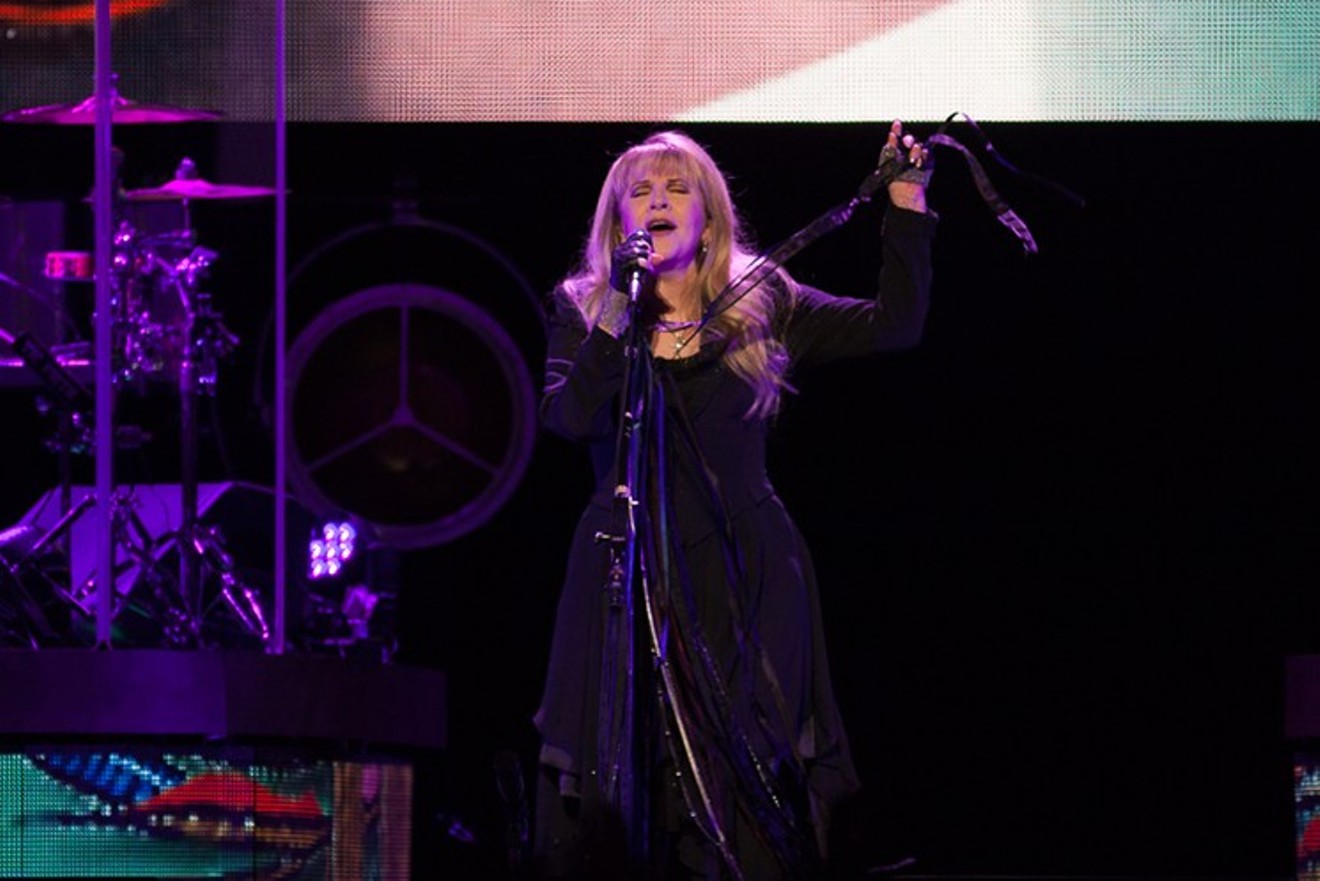 Stevie Nicks at Toyota Center in 2016 Photo by Eric Sauseda
Adding to an already remarkable career, Stevie Nicks made history last month when she became the first woman to be inducted into the Rock & Roll Hall of Fame twice. (She was also inducted in 1998 as a member of Fleetwood Mac.)

Nicks is undoubtedly one of the most accomplished female musicians of all time, and it’s only right that she should be as celebrated as she is. But there are plenty more amazing female artists who should be recognized by the Rock & Roll Hall of Fame, so we’ve compiled a list of 15 artists, ordered alphabetically, for our friends in Cleveland to consider.

Fiona Apple
Fiona Apple won’t be eligible for induction into the Rock & Roll Hall of Fame for another two years, but she’ll deserve a nod for 1996’s Tidal. It's a brazenly feminist, defiantly strong and unapologetically human record. Her music and lyrics are beautiful at face value, and they're even better when deconstructed and considered, even 20-something years later. 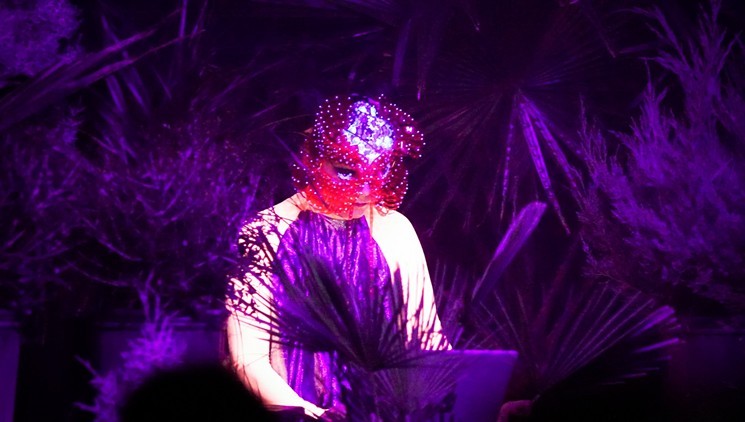 Bjork at the Day For Night festival in 2016
Photo by Marco Torres
Bjork
After releasing her debut album at the tender age of 11, Bjork went on to become an international success 20 years later with Homogenic, which was released to critical acclaim, both in her native Iceland and abroad. By combining electronic elements with string arrangements, Bjork crafted one of the most unique and ambitious albums of the ‘90s.

Tracy Chapman
Need we say more than “Fast Car”? Tracy Chapman boasts numerous multi-platinum albums to her name, and she has won four Grammy Awards, including 1995’s Best Rock Song for “Give Me One Reason.” We can’t think of a single reason why she shouldn’t be in the Rock & Roll Hall of Fame by now.

Cher
The Goddess of Pop made waves in the ‘60s and early ‘70s with her husband Sonny Bono, but her best work came when she split from the duo and branched out on her own. 1998’s Believe marked a revival for the singer-songwriter’s career, which has been going strong ever since, and not just as a nostalgia act. 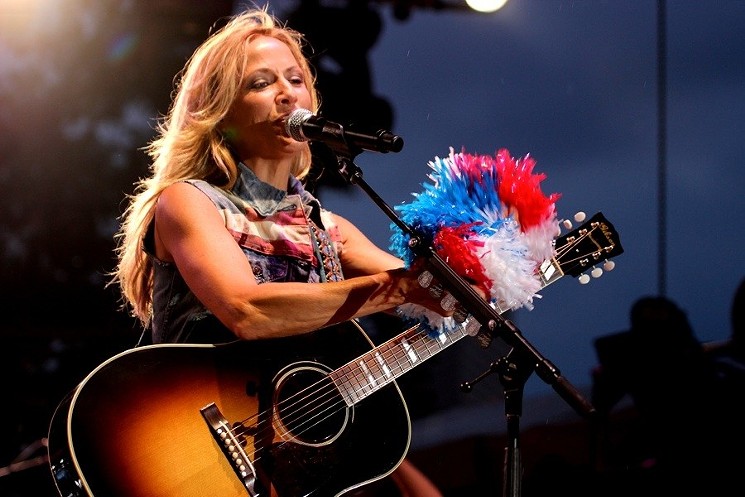 Sheryl Crow at the Freedom Over Texas celebration in 2013
Photo by Jim Bricker
Sheryl Crow
Sheryl Crow’s 1993 debut, Tuesday Night Music Club, reached double-platinum status thanks in no small part due to the single “All I Wanna Do,” which won two Grammys for Record of the Year and Best Female Pop Vocal Performance and received a Grammy nomination for Song of the Year. Is she deserving of an induction into the Rock & Roll Hall of Fame? Performances alongside the Rolling Stones, Stevie Nicks, Eric Clapton and Bob Dylan, among others, would indicate as much.

Celia Cruz
One of the most popular Latin artists of the 20th century, Celia Cruz made salsa mainstream with nearly 60 albums to her name by the time of her death in 2003. In 1987, she was inducted into Hollywood’s “Walk of Fame.” Then, in 1994, she was awarded the National Medal of Arts by President Bill Clinton. In the coming years, her contribution to music should be acknowledged with an induction into the Rock & Roll Hall of Fame. 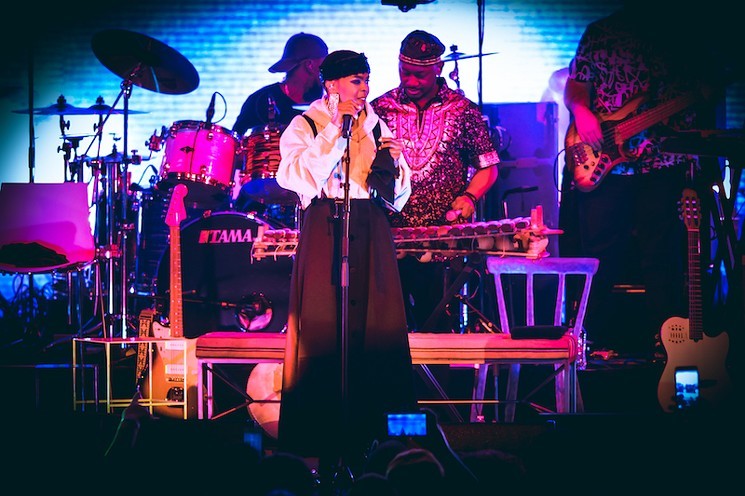 Lauryn Hill at Smart Financial Center in 2017
Photo by Marco Torres
Lauryn Hill
At this point, Lauryn Hill’s eccentric reputation precedes her. She’s notorious for cancelling shows at the last minute, showing up hours late and reworking her celebrated songs to the point that they are unrecognizable. Despite all that, 1998's The Miseducation of Lauryn Hill remains one of the most important records of the past two decades. 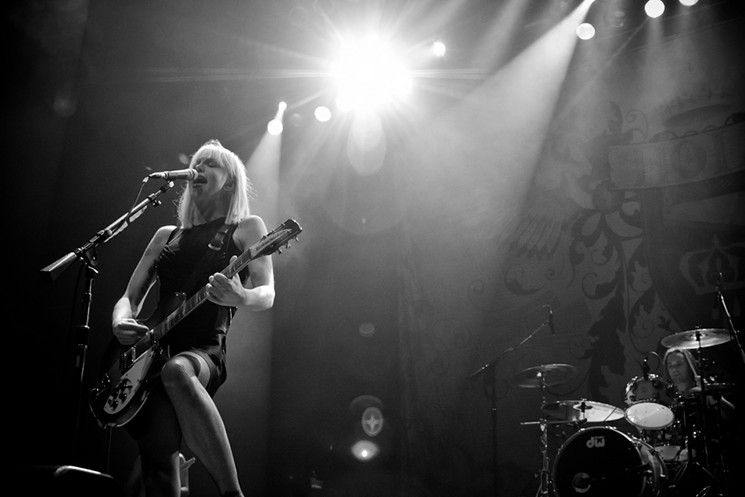 Courtney Love with Hole at House of Blues in 2010
Photo by Eric Sauseda
Courtney Love
Plagued by Yoko Ono comparisons and constantly overshadowed by her deceased husband, Courtney Love’s contribution to rock music is downplayed far too often. Love or hate her, Love’s abrasive personality provided Hole’s music with both authenticity and grit in spades. The band also proved to angst-ridden teenagers everywhere that women could do grunge just as well as their male counterparts. 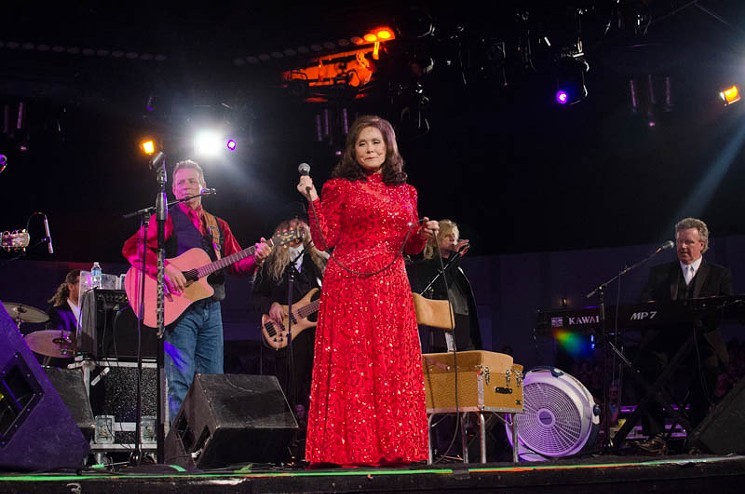 Loretta Lynn at Arena Theatre in 2016
Photo by Jody Perry
Loretta Lynn
Loretta Lynn Sings, the debut album by Kentucky’s greatest export since bourbon, was released 56 years ago. Since then, the singer-songwriter has released 40 studio albums, selling more than 45 million records during a storied career that has lasted more than a half century. The quick-witted vocalist continues to perform regularly at the Grand Ole Opry, and she’d surely be able to find time for a trip to Cleveland to accept an award.

Alanis Morissette
Morissette’s debut studio album was released in 1991, so she has been eligible for nearly half a decade. But inducting her in 2020 would be especially meaningful, given that it would mark the 25th anniversary of her breakout record Jagged Little Pill, which saw the Canadian singer-songwriter transitioning from pop to a more rock sound and propelled her into the mainstream. 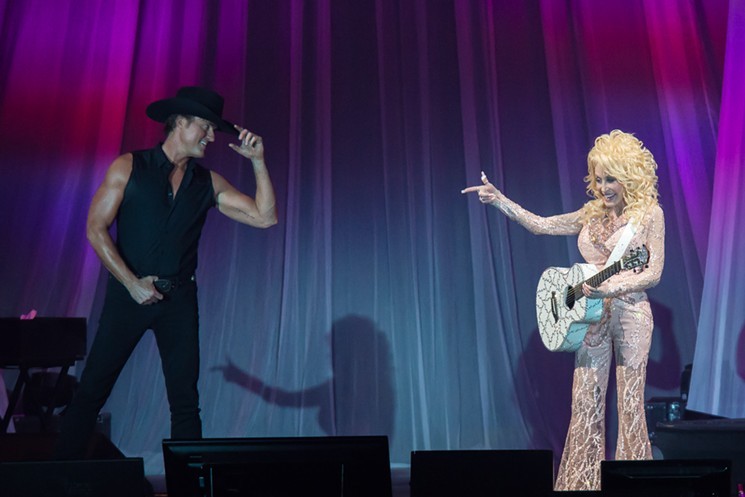 Dolly Parton at NRG Arena in 2016
Photo by Jack Gorman
Dolly Parton
Dolly Parton’s name is synonymous with music. The Tennessee native has had 25 songs reach the No. 1 spot on the Billboard country music charts, a tie with Reba McEntire for the most of any female artist. With 47 Grammy nominations and nine wins to her name, Parton is pretty much owed a spot in the Rock & Roll Hall of Fame. Twenty years ago, she was inducted into the Country Music Hall of Fame, but her influence on music at large surely qualifies her for recognition elsewhere too.

Selena
Named the best-selling Latin artist of the 1990s by Billboard, Selena’s legacy has extended far beyond her tragically short life. The Tejano Madonna only released four studio albums before she was murdered at the age of 23, but her music and her fashion remain an enduring force in the music industry more than two decades later.

Shakira
Shakira’s hips don’t lie, and neither do her accolades: three Grammys, 13 Latin Grammys and more than 75 million records sold worldwide, to name a few. She first rose to prominence in the early 2000s with Laundry Service, which went on to reach multiple platinum certifications in half a dozen countries, but her debut album was released nearly 30 years ago. 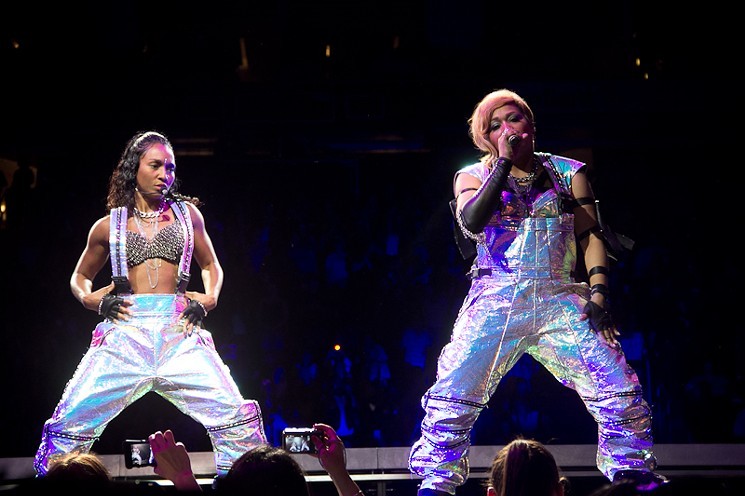 TLC's Chili and T-Boz at Toyota Center in 2015
Photo by Francisco Montes
TLC
Crazy Sexy Cool turns 25 this November, and the Rock & Roll Hall of Fame would do well to recognize the contributions this Atlanta trio made to music during their time together. Lisa "Left Eye" Lopes tragically died in a car accident in 2002, but Tionne "T-Boz" Watkins and Rozonda "Chilli" Thomas have kept the group going, most recently with 2017' self-titled album.

And who would induct all these fine women? Well during her acceptance speech last month, Stevie Nicks herself had some parting words to the Rock & Roll Hall of Fame:

“If you ever need a keynote speaker, somebody to talk to, someone to talk to a group of people, I am your girl.”
KEEP THE HOUSTON PRESS FREE... Since we started the Houston Press, it has been defined as the free, independent voice of Houston, and we'd like to keep it that way. With local media under siege, it's more important than ever for us to rally support behind funding our local journalism. You can help by participating in our "I Support" program, allowing us to keep offering readers access to our incisive coverage of local news, food and culture with no paywalls.
Make a one-time donation today for as little as $1.