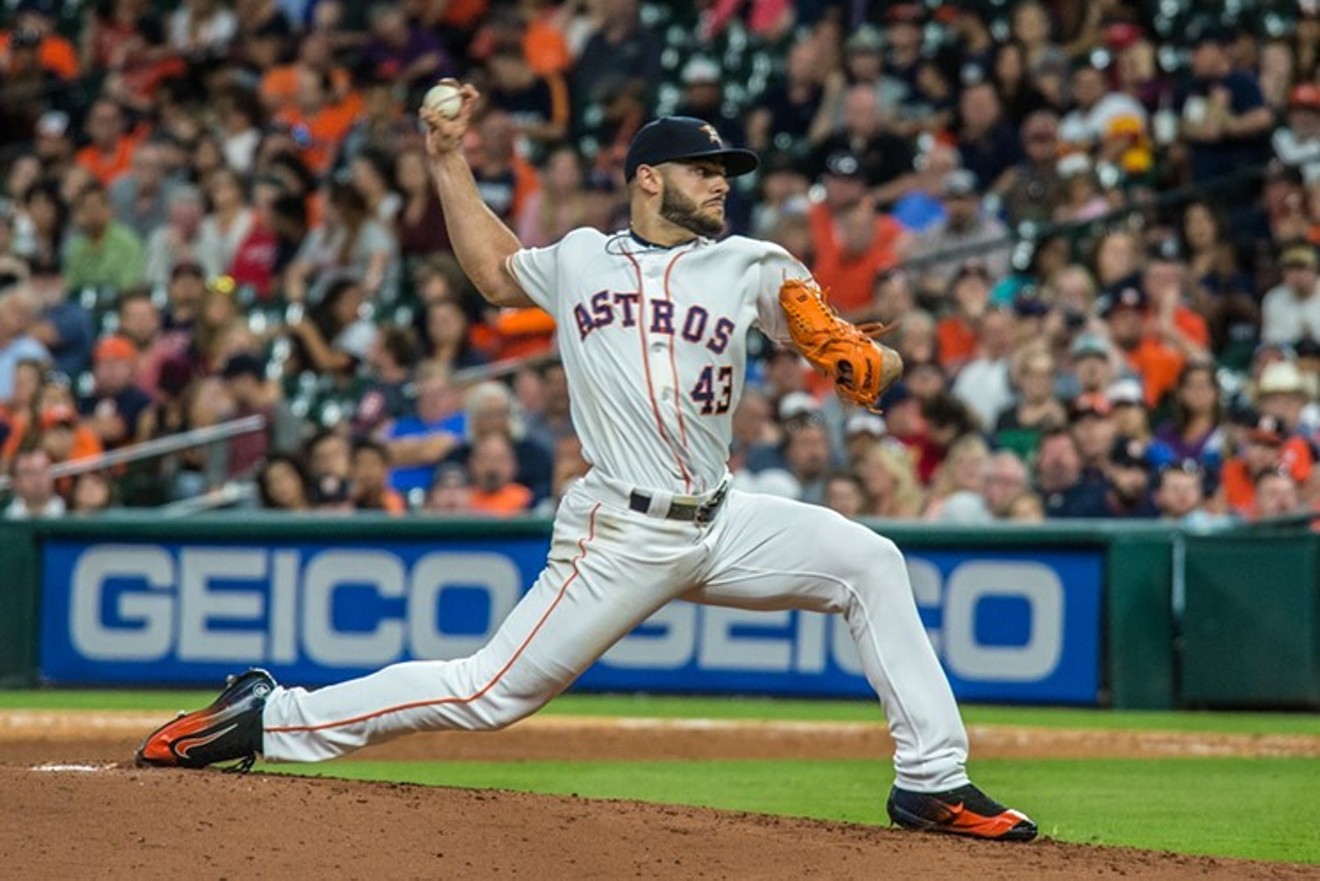 The Astos will have Lance McCullers, Jr. in the rotation for an additional five seasons. Photo by Jack Gorman
Virtually every analysis of the Houston Astros going into the 2021 season described the team in the same way. Despite the loss of George Springer in free agency, this was still a very good team at the plate and in the field. Their bullpen appeared to be in good shape as well. If there was a question mark, it was starting pitching.

Then, the team was hit with injuries to Framber Valdez (still no word on how long he will be out) and top prospect Forrest Whitley (Tommy John surgery). They managed to sign the last decent free agent on the market in Jake Odorizzi, but questions remained not only about this season but 2022 considering Zack Greinke, Justin Verlander and Lance McCullers, Jr. were all free agents.

At least one of those can be checked off the list as the Astros reportedly signed McCullers to a five-year extension worth $85 million that begins after the 2021 season.

McCullers, who came up through the Astros farm system, has struggled with injuries throughout his young career but at 27 year old, he remains a talented player entering what the Astros and he hope to be the prime of his career.

No doubt a substantial part of the decision was not just the time and money invested into the young right hander, but his absolutely filthy curve ball, one of the best in baseball. Additionally, McCullers has an intense personality on the mound and tons of energy in the clubhouse, making him a good member of the clubhouse.

And, at roughly $17 million per season, his salary is not going to break the bank. Grienke and Verlander will make a combined $68 million just in 2021 and Jose Altuve's contract is for $29 million over the next four seasons. Certainly, McCullers has not reached their level, but the Astros are hoping he will on what would have to be considered a relatively team-friendly contract.

Obviously, next up for GM James Click is Carlos Correa, who has expressed interest in remaining with the Astros this offseason. He is an unrestricted free agent after this year and one of the brightest young stars in baseball. The Astros do not want to lose him after losing Springer this year, but the two sides will have to come to terms on a deal that won't crush the Astros cap while still paying Correa what he is worth, which could be an awful lot.

Stay tuned.
KEEP THE HOUSTON PRESS FREE... Since we started the Houston Press, it has been defined as the free, independent voice of Houston, and we'd like to keep it that way. With local media under siege, it's more important than ever for us to rally support behind funding our local journalism. You can help by participating in our "I Support" program, allowing us to keep offering readers access to our incisive coverage of local news, food and culture with no paywalls.
Make a one-time donation today for as little as $1.