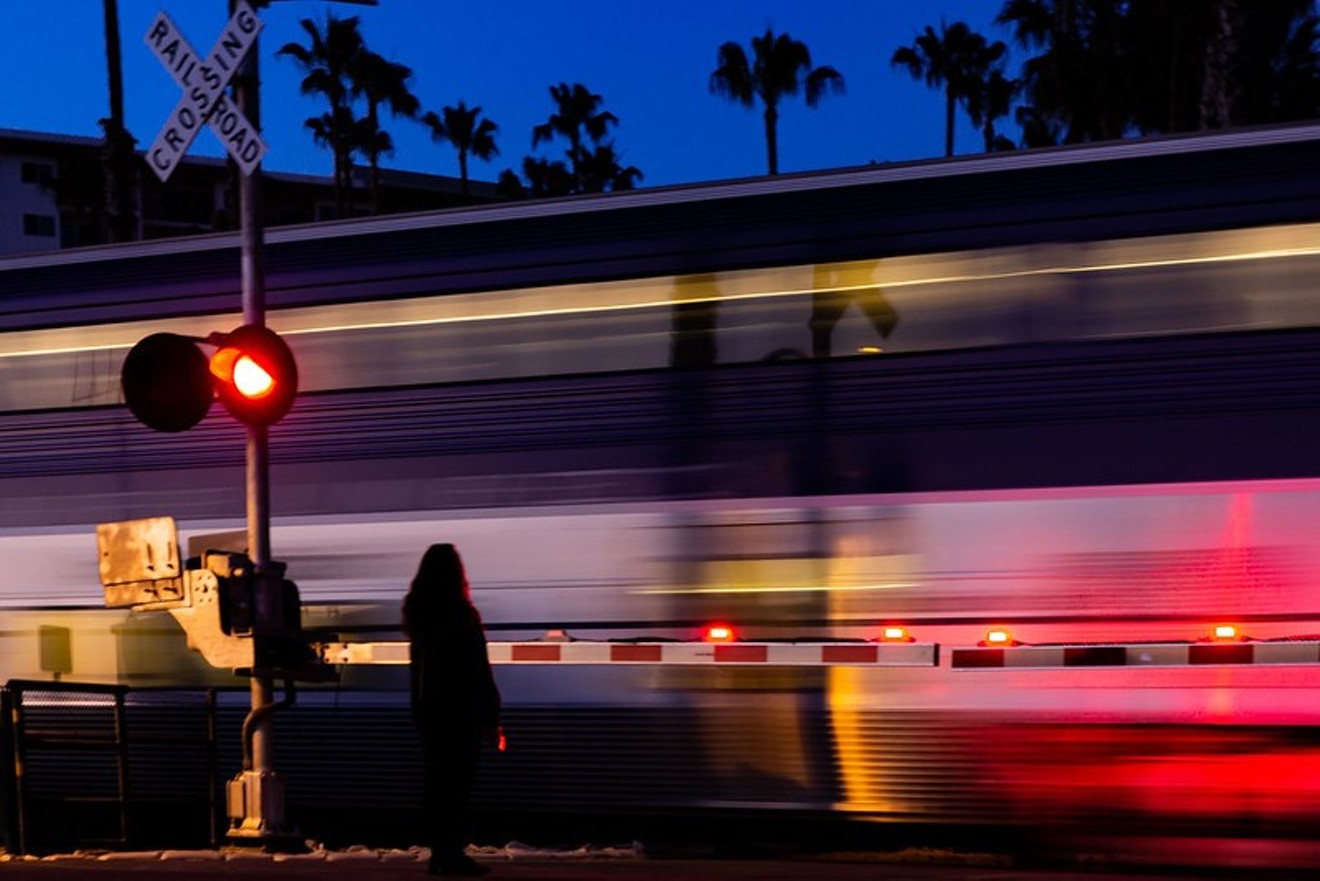 Soon maybe we'll all be on whirlwind rail trips. Photo by Cameron Photo/flickr
Although it increasingly looks like the Houston-to-Dallas highspeed rail line may actually become a reality—Texas Central, the company behind the multimillion-dollar project actually brokered a deal with a construction company back in June—there’s still plenty of room for improvement in our state’s transportation setup where people only take Amtrak if they are at peace with traveling at a snail’s pace on our freight-dominated existing rail lines.

That’s where President Joe Biden’s much vaunted infrastructure bill comes into play. Sure, the bill offers plans for repairing our highways, bridges and other automobile-centric aspects of American transportation, there’s also a chunk of funding that is slated to go into repairing existing rail lines and expanding Amtrak across the country.

If this portion of the bill makes it through the grisly sausage-making process that is getting anything done in Washington D.C. these days, then that will even mean an expansion of rail service right here in Texas.

That’s right, someday the fact that Biden commuted by train from his home in Delaware to Washington D.C. during his more than 30 years in the U.S. Senate might someday not be a completely foreign concept to Texans, at least those who live in the largest cities in the state.

All of the efforts included in the infrastructure bill are focused on pulling off Amtrak’s long-term plans for Corridor Vision, a 15-year-long, $75 billion project that Amtrak is proposing to expand rail service in both Texas and across the rest of the country.

Of course, all of this hinges on whether or not Biden’s infrastructure bill, and the more than $2 trillion in federal funding being requested to pull off what would be a massive and historic project, actually makes it through Congress. Despite the fact that investing in roads, bridges, and transportation options like trains generally appeals to both parties—and is why the initial infrastructure bill passed through the Senate two months ago with 19 Republican votes attached to the Dems slim majority—the social spending measures that have since been attached to the U.S. House of Representatives version of the bill has already driven away more moderate Republican support.

In fact, it is not out of the realm of possibility that this key piece of Biden’s presidential agenda could end up stalled out in Congress and left to die when the session ends.

But that’s all down the line, so to speak. For now, just think of what it could be like: You want to go from Houston to DFW, Austin, or San Antonio, and you buy a ticket (maybe even a pricier highspeed rail ticket, if the Houston-to-Dallas train actually does get built) and then you grab a seat, relax, and watch the Texas countryside pass by in a blur. If the federal government ultimately does invest in expanding Amtrak’s service, that way of traveling could become a reality, even in our car-loving, oil-guzzling Lone Star State.
KEEP THE HOUSTON PRESS FREE... Since we started the Houston Press, it has been defined as the free, independent voice of Houston, and we'd like to keep it that way. With local media under siege, it's more important than ever for us to rally support behind funding our local journalism. You can help by participating in our "I Support" program, allowing us to keep offering readers access to our incisive coverage of local news, food and culture with no paywalls.
Make a one-time donation today for as little as $1.