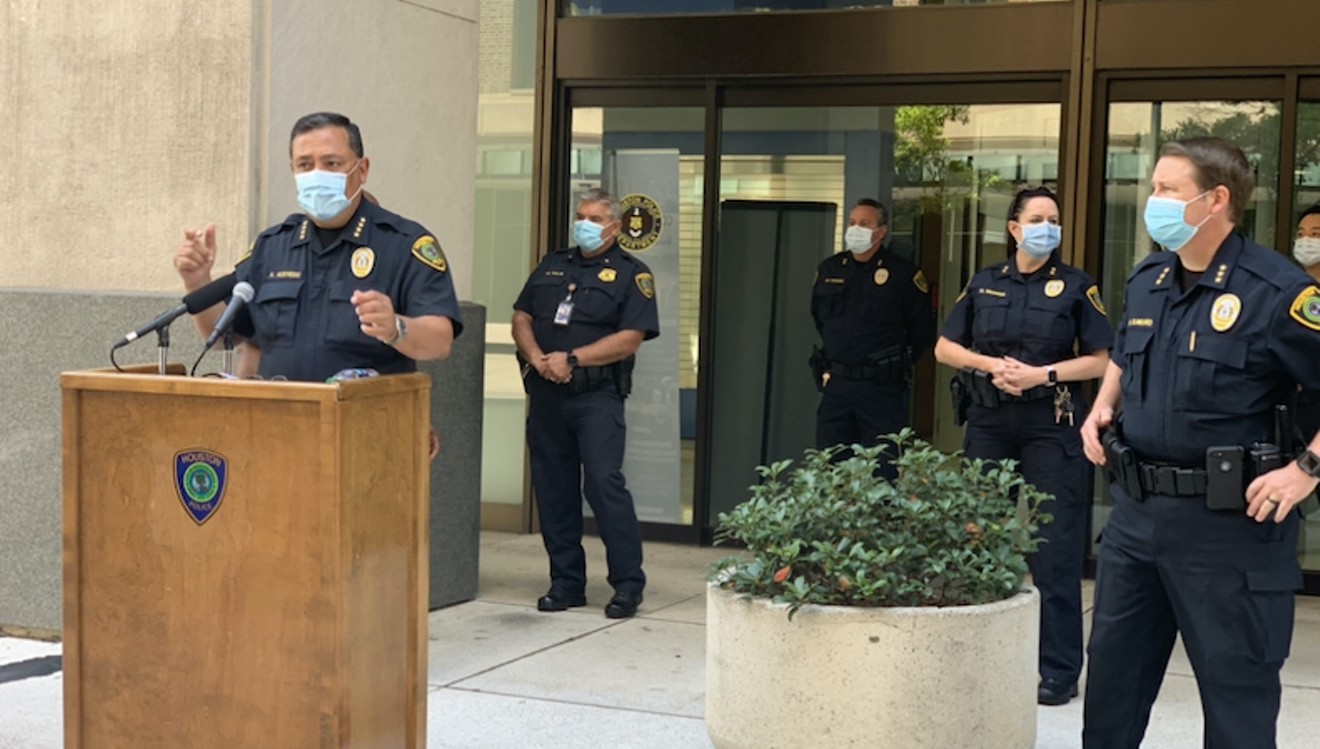 Ramos had stopped Medearis for allegedly traveling 97 mph in the 11700 block of North Freeway about 1:05 a.m.  After administering a sobriety test — which police say Medearis failed — Ramos attempted to arrest him. This led to a struggle lasting 2-1/2 minutes that was recorded in its entirety from four different cameras.

Acevedo said the footage would not be released to the public until Medearis’ next of kin had first seen it. “Transparency is key, we are willing to release everything once we get through the process but we have a responsibility to the family… not everybody wants their loved one to be in cyberspace for the rest of eternity and their last minute on earth to be public.”

Acevedo stated that releasing footage would also run the risk of a resulting in a change of venue for the case if an officer-involved shooting were to lead to criminal charges. “A different community of viewers might have a different mindset,” he said.

Acevedo, who has reviewed all of the footage, stated the officer was very professional and tried to calm the situation verbally. “Mr. Medearis started talking about things going on in other parts of the country, outside of Atlanta.”

After directing Medearis off the freeway and into a nearby parking lot, Ramos then ran his driver’s license and performed the field sobriety test. Medearis denied consuming alcohol until finally admitting he had had a mimosa. When Ramos attempted to handcuff him, Medearis resisted and a fight ensued, Acevedo said.

Acevedo said 30 seconds into the struggle, Ramos discharged his taser but because the prongs were too close together, it was ineffective. Ramos was able to eventually pin down Medearis and when he attempted to handcuff him again, Medearis flipped Ramos off and gained an advantage. When Medearis grabbed the taser and pointed it at Ramos, Ramos discharged his service pistol four times, two of them making contact.

Ramos, along with other officers that had joined the scene after Medearis had been shot, performed CPR before the ambulance arrived. Medearis was later pronounced dead at Houston Healthcare Northwest Medical Center.

“Our officer did respond based on the violent resistance of Mr. Medearis gaining control of his taser,” said Acevedo. Ramos who had already discharged the taser once, had one live round left. “What is sad about what occurred this night is that the conduct of Mr. Medearis was not consistent with the man that people knew, the different churches he performed in. The way that his life ended [in] a violent struggle with law enforcement certainly doesn’t define his entire life.”

Medearis was a well-known Houston gospel artist who served as choir director for the Evangelist Temple Church of God In Christ, as well as founded the contemporary choir, God’s Anointed People.

Acevedo stated it would take weeks for the toxicology report from the Medical Examiner's office to determine Medearis’ blood alcohol content as well as the presence of any narcotics or medicine.

Concurrent with the HPD investigation, which Acevedo said was moving along quickly, the HPD Special Investigations Unit is working with the District Attorney’s office on its investigation.

Acevedo declined to comment on the ongoing investigation of the shooting of Nicholas Chavez by HPD officers on April 21. In that case, Houston police responded to a call reporting a suicidal man brandishing what was later found out to be a piece of rebar.  Chavez was shot three separate times after repeated attempts to subdue him using tasers and bean bags.  A cell phone video uploaded to YouTube by The Free Thought Project, depicts the third discharge of fire, and Chavez on his knees when he was shot.
KEEP THE HOUSTON PRESS FREE... Since we started the Houston Press, it has been defined as the free, independent voice of Houston, and we'd like to keep it that way. With local media under siege, it's more important than ever for us to rally support behind funding our local journalism. You can help by participating in our "I Support" program, allowing us to keep offering readers access to our incisive coverage of local news, food and culture with no paywalls.
Make a one-time donation today for as little as $1.