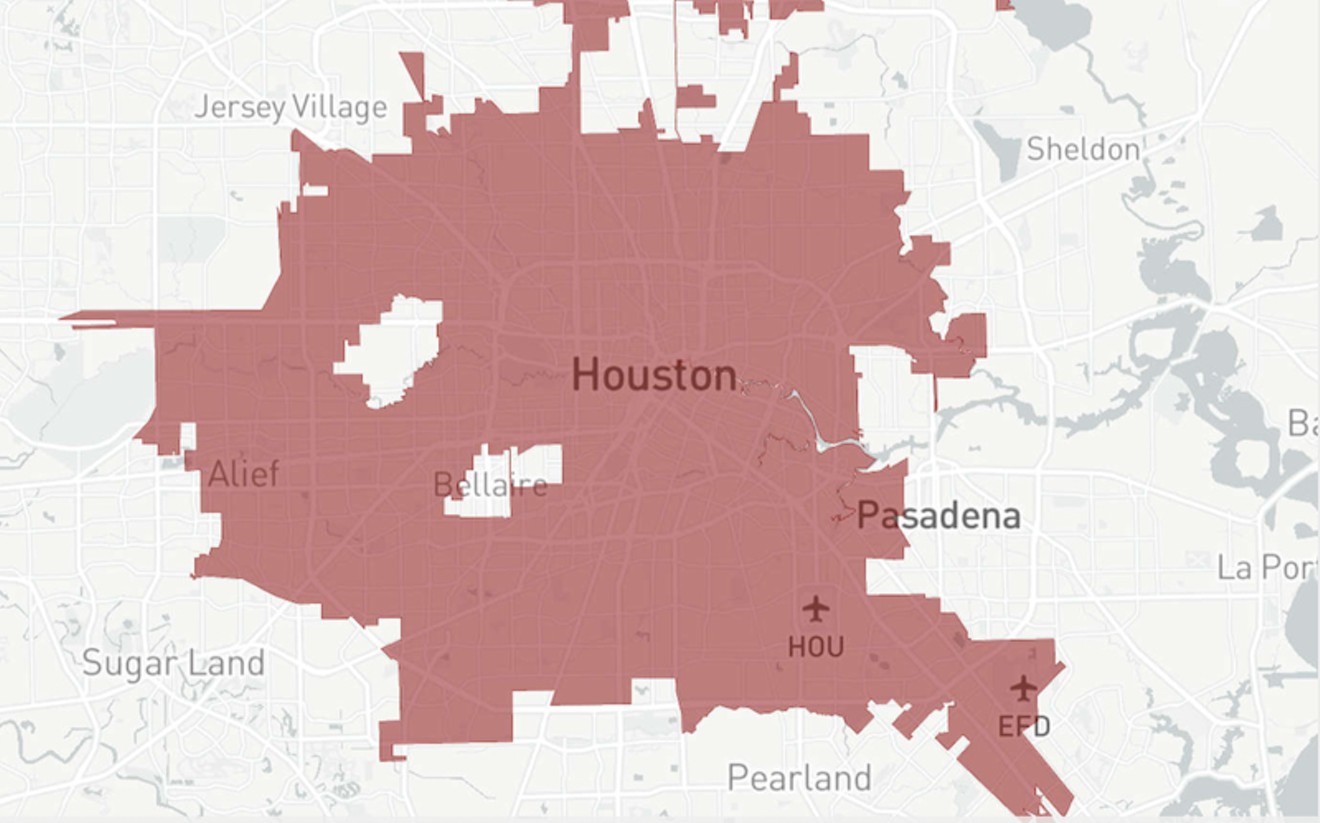 The areas in Houston affected by the plant's power outage. Map by Houston Public Works

Update 6:53 a.m. 11-29-22: The City of Houston has lifted the boil water notice. The city's statement: "Customers no longer need to boil water before drinking, cooking, and making ice. Water quality testing submitted to the Texas Commission on Environmental Quality (TCEQ) has confirmed that tap water meets all regulatory standards and is safe to drink."

"Customers should flush their water system by running cold-water faucets for at least one minute, cleaning automatic ice makers by making and discarding several batches of ice, and running water softeners through a regeneration cycle."

Update 5 p.m. 11-28-22: Houston ISD has  announced they will also be closed on Tuesday, November 29 because of the boil water notice. Houston Community College facilities that are supplied by City Of Houston Water will also remain closed and students can continue to access remote classes. Faculty and staff at Katy, Stafford, Missouri City, and Alief Bissonnet will return to work as normal.

The City of Houston was responsible for Sunday's power outage at one of its water treatment plants that ultimately led to a boil water notice for Houston residents, according to a spokeswoman for CenterPoint Energy Monday.

This outage happened after both the primary and secondary transformers at the plant failed. The malfunctioning of these transformers meant the back-up generators were unable to function properly, Turner said.

“When you have two transformers that failed and you can’t connect to the grid where the power is running to your generators, then you have a very unique and unfortunate situation,” said Turner.

During the outage, 16 of the 21 water pressure monitoring sites dropped below the city’s emergency regulatory level of 20 pounds per square inch. Out of these 16 that dropped, 14 sites rebounded up to adequate water pressure levels within two minutes. The initial drop in water pressure at these sites happened at 11 a.m. The other two sites rebounded later than the others, at 11:30 a.m, said Turner.

In any case, he said, “The decision was made out of an abundance of caution, even now the notion is that the water is safe.”

During the time between the outages and the notice, the city of Houston was working with the Texas Commission on Environmental Quality to determine how to proceed and evaluate the safety status of the water. There were also electricians on site at the power plant and CenterPoint Energy crew working to further investigate what might have caused the outage, Turner said.

Of the 21 sites, the biggest groupings of pressure droppings were on the northwest side inside of the 610 loop and the southwest side of the city, according to Erin Jones, public information officer at Houston Public Works.

East Water Purification Plant services around 2.2 million Houstonians, Jones said, which is a reason why the entire city was put under the boil water notice. “We do not have one plant that distributes water to one part of town and one part, the other, they're all kind of interconnected and that's how it was able to impact everyone.”

The only two locations that were excluded from the notice were Kingwood and Clear Lake. “Kingwood has their own distribution system, that’s why they were not included in the boil water notice,” Jones said. “The same can be said for Clear Lake, they do get water from us, but they have their own treatment plant.”

Jones said the boil water notice is expected to be lifted sometime Tuesday morning, as the samples of the water collected will be submitted to the Texas Commission on Environmental Quality by that time.

According to Mayor Turner, the city collected samples from 29 different locations Monday morning, they were then sent to the lab by 9:45 a.m. These samples will be read by the lab at 3 a.m., then the results will be sent to the Texas Commission on Environmental Quality who will report to the city.

Though Turner has confirmed that the outage came from the malfunctioning transformers, he has called for further diagnostics to pinpoint the specifics of the issue that occurred. Jones said that the investigation is still on-going.

“There’ll be a lot more information after the action review plan, but we don’t have that yet because we aren’t there yet,” Jones said. “We’re still in the boil water stage, where we are focused on getting everything and all the samples clear. We will be looking into what caused those transformers to fail further on in our investigation.”