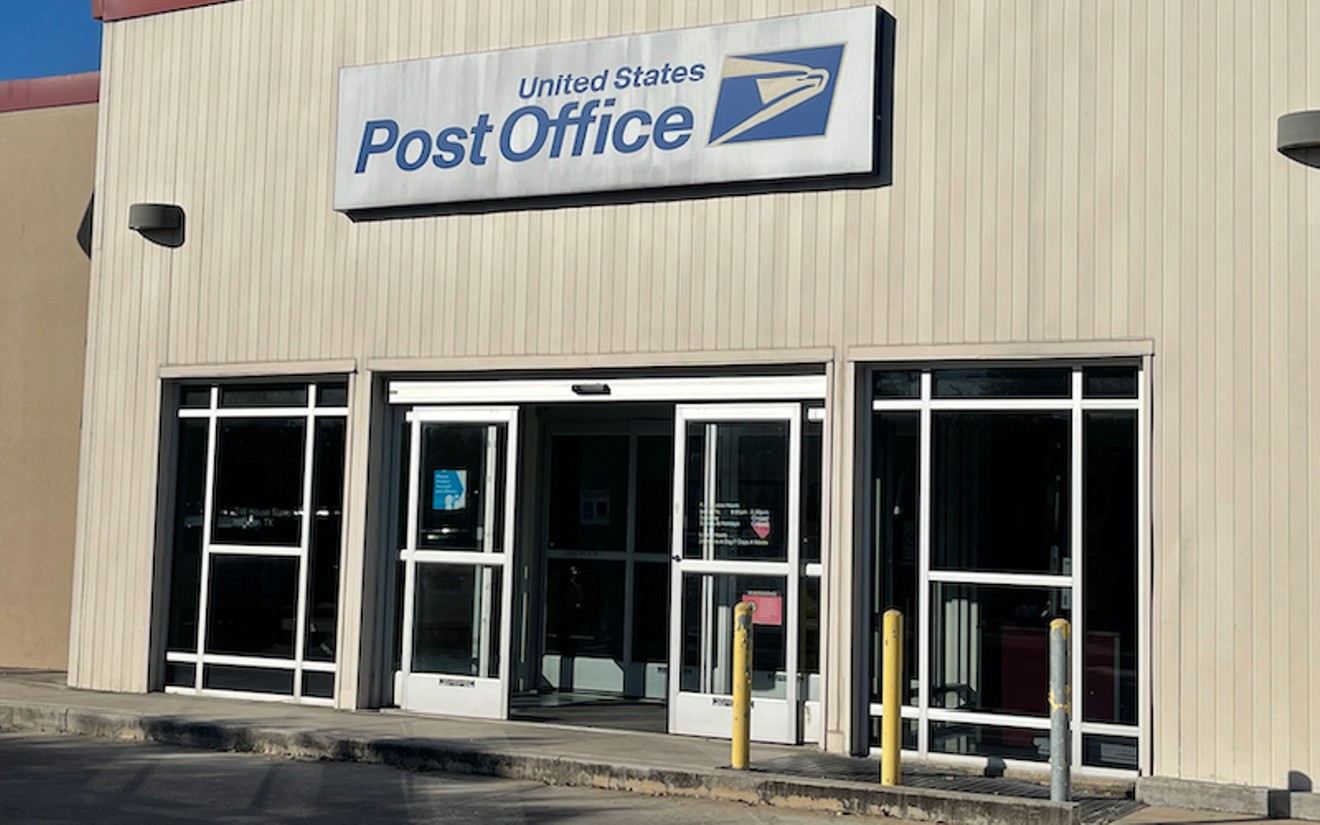 The Department of Justice has cleared the way for the U.S. postal service to delver so-called abortion pills. Photo by Faith Bugenhagen

The Department of Justice’s Office of Legal Counsel has announced that the abortion pills, Mifepristone and Misoprostol can be mailed to people in all states – including those like Texas that have restricted abortion access.

In the opinion, written by Assistant Attorney General Christopher Schroeder, Schroeder writes that mailing these prescription drugs through the U.S. Postal Service is allowed by law because the sender does not know if these medications will be used illegally.

This is a decision that expands access for patients seeking these medications and could make it easier for Texans to get these medications by mail. However, the state still has laws that place restrictions and bans to this access, said a spokeswoman from Planned Parenthood Gulf Coast.

As we reported in our December 5, 2022 story on the laws governing abortion pills in Texas, under Senate Bill 4, it is illegal in Texas to send abortion medication through the mail or prescribe these pills via telehealth services and can be punishable with a fine of up to $10,000. However, the opinion points out that these medications can be used to treat other conditions and the recipient is not required to tell the post office what they will be used for.

The United States Postal service asked for the DOJ ruling following the U.S. Supreme Court's decision to overturn Roe v. Wade and after other states passed legislation similar to the Texas Senate Bill 4.

Because the delivery of these medications has been ruled legal by the DOJ, the responsibility falls on the person receiving these prescriptions.

In a statement to the Houston Press, the United States Postal Service said:

“We will therefore continue to deliver such packages in accordance with our statutory universal service mission and Postal Service regulations, including Section 453 of Publication 52, Hazardous, Restricted and Perishable Mail, which addresses the conditions under which prescription drugs can be mailed. The mailer is responsible for ensuring that all Postal Service requirements are met. Individuals may also have responsibilities under other statutes and regulations concerning the shipment of such matter, but those laws are not generally administered or enforced by the Postal Service.”

Though Texas legislation has restricted access to these medications, since the 2000s when they first became available, Mifepristone and Misoprostol, have been considered safe alternative options to surgical abortions.

Back in 2021, the Food and Drug Administration confirmed this as they took away the requirement for these medications to be administered in person at a clinic and allowed them to be distributed by select pharmacies following either in-person or telehealth consultations.

Prior to the DOJ’s decision concerning the delivery of these pills, the FDA announced that they would be expanding where Mifepristone could be dispensred to more large-scale brick-and-mortar and online pharmacies.

Two of the largest pharmacies in the United States, CVS and Walgreens, have announced plans to apply for certification to allow them to provide Mifepristone to patients that have a physician's prescription for the drug.

The companies have not announced when they would begin or finish the certification process. They also have not indicated how many of their pharmacies will be distributing the medication. Both pharmaceutical companies have mentioned that their distribution will coincide with federal and state laws.

These decisions may facilitate the chance for Texas residents to gain access to these medications, but do not provide an immediate solution.

“While we celebrate this advancement, we know that medication abortion via telemedicine is not a cure-all, it will not solve the public health crisis in the USA that is a result of the Dobbs decision and the overturning of Roe in June 2022. Abortion pills via telemedicine are banned in 18 states, and people in those states – mostly in the South and the Midwest – are disproportionately affected by abortion bans and restrictions. And those most affected are Black people, people of color, young people, and rural communities.

“While we work hard to expand access to safe abortion care in the states that still allow it, we also remain committed to the long and challenging work of restoring abortion access to all people in the USA, no matter where they live. We know abortion medication is like any other prescription, it is safe and highly effective and should be accessible at a local pharmacy or via mail order pharmacies just like any other medication.

After they were forced to shut their doors in June 2022 at their Texas clinics, they have provided telehealth consultations and out-of-state pick-up of these abortion pills to many Texans at their five out of state clinics.

Because of Senate Bill 8, in response to the DOJ’s ruling, Texans can expect to see cases challenging the decision to take place in courts across the state.

According to Amy O’Donnell, public policy team member at Texas Alliance for Life, the opinion concentrates primarily on the services provided by the US Postal Service and their inability to be at fault for these deliveries but does not clear other organizations or individuals from providing these pills in state.

“The law remains in effect in Texas, meaning that anybody who sends those chemical abortion drugs to women in Texas, with the intent of them having an abortion using the medication, creates a criminal offense to stand trial and be held accountable in Texas,” O’Donnell said.

In the coming week, Texans will have the opportunity to monitor whether these decisions by the DOJ or FDA will have any sway in potential changes applied at the legislative sessions beginning next Tuesday, January 10, to current abortion-related legislation.