Houston Gets Ready to Tackle a Makeover for Bagby 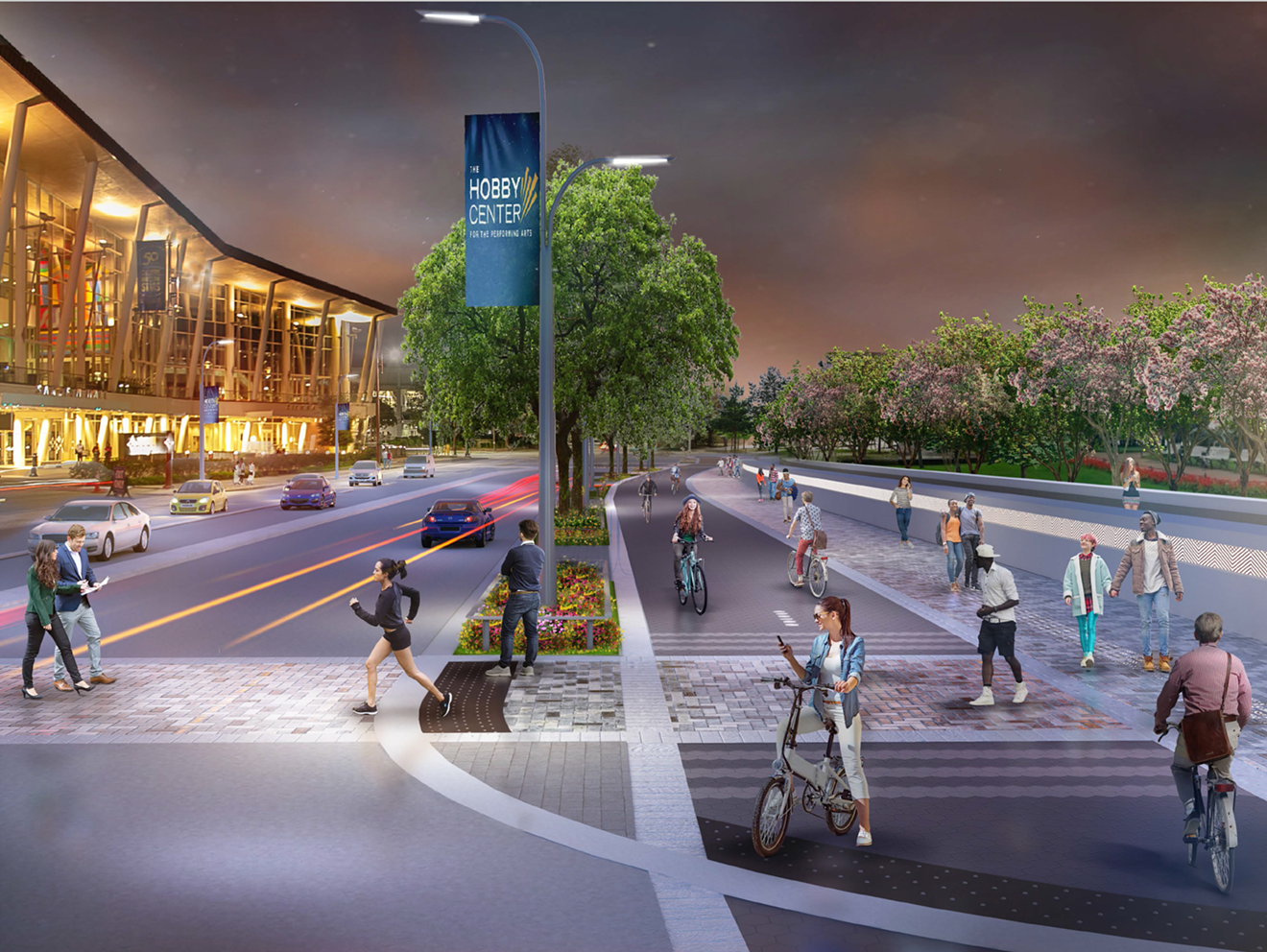 Bagby behind City Hall and in front of Hobby Center will get a facelift over the next two years. Photo by the Downtown Redevelopment District
In 2015, Houston finally installed a dedicated bike lane traversing downtown along Lamar. The stretch of green-painted path runs from Bagby all the way to Discovery Green with further connections to existing hike and bike trails on each end. There have been a few complaints, namely cars illegally parking in the lanes without being ticketed, but for the most part, it has been a success. As a city of drivers who often ignore the city's three-foot rule for giving room to cyclists, the more dedicated space Houston's growing population of riders can have the better.

Which is why the announcement recently that the Downtown Redevelopment Authority will expand Bagby Street with bike lanes along with beautification is yet another win for bike riders. The changes include a full two-lane bike path and expanded sidewalk space for pedestrians.

"Bagby Street is a gateway to Houston City Hall and should be an attractive, mobility-friendly route into downtown," Mayor Sylvester Turner said in a statement. "The improvement project will greatly enhance quality of life by providing more accessible walkways and safer bike lanes."

In that same statement, the Mayor admitted there would be some construction to deal with. Bagby borders a number of heavily used attractions including City Hall, the downtown public library, Eleanor Tinsley Park, the Hobby Center and the complex that includes Revention Music Center. It is crisscrossed by the METROrail in two spots and is heavily trafficked during rush hour and events.

Needless to say, the construction will cause some annoyance for drivers and pedestrians until the project is completed in December 2021, just under two years from now. But, such is the price of transit progress in a city finally waking up to the need for more alternatives, particularly in downtown. Construction begins this month.
KEEP THE HOUSTON PRESS FREE... Since we started the Houston Press, it has been defined as the free, independent voice of Houston, and we'd like to keep it that way. With local media under siege, it's more important than ever for us to rally support behind funding our local journalism. You can help by participating in our "I Support" program, allowing us to keep offering readers access to our incisive coverage of local news, food and culture with no paywalls.
Make a one-time donation today for as little as $1.