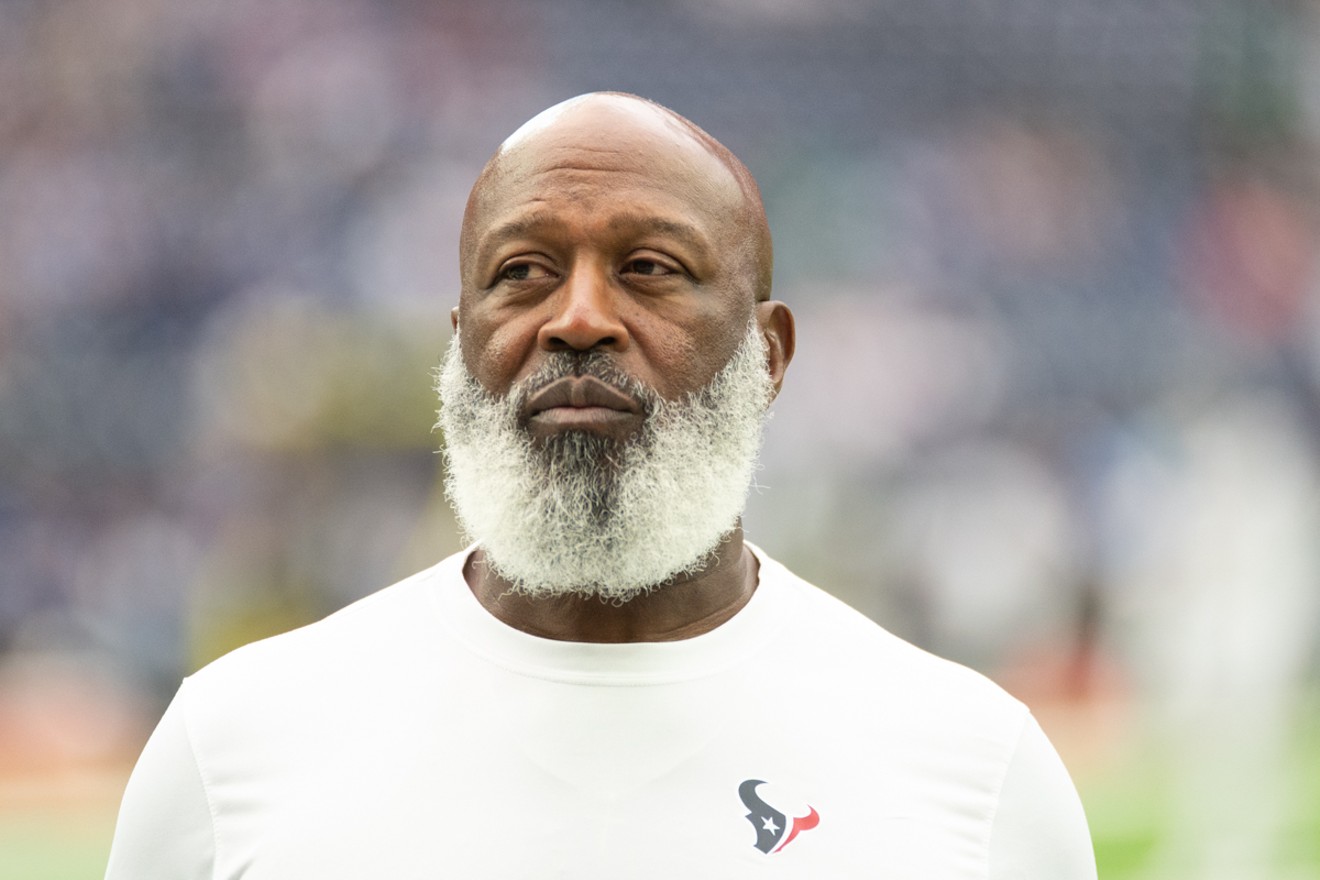 The Texans are launching their third head coaching search in three seasons after firing Lovie Smith. Photo by Jack Gorman
After Sunday's 32-31 victory over the Indianapolis Colts, Texans head coach Lovie Smith was asked if he expects to be back for the 2023 season, coaching the team he'd just finished leading to a 3-13-1 record in 2022. After a little hemming and hawing about hypotheticals and such, Smith said he did expect to be back. As it turned out, he was incorrect in his handicapping.

Unlike last January, when the Texans took four days to make David Culley the franchise's first ever "one and done" head coach, the McNairs nipped this one in the bud pretty quickly, as Smith had barely touched back down in Houston from the road trip before learning he would not be back in 2023. Late Sunday night, the team announced that they would be searching for their sixth head coach in franchise history. Lovie Smith was fired.

Here were the announcements from CEO Cal McNair and GM Nick Caserio:


Statement from Texans chairman and CEO Cal McNair released by the team: pic.twitter.com/vSQGBTHg7S


Statement from Texans GM Nick Caserio by released by the team: pic.twitter.com/SjHm8BdkBA

There will be a lot of criticism over the Texans firing another head coach after just one season. Vince Lombardi himself would not have led the Texans to the playoffs this past season. However, Smith's version of the Texans was cataclysmically horrible in very key areas. Their rush defense was the worst I've seen in franchise history. Teams ran through them like they were tackling dummies.

Offensively, Smith's undoing was his complete trust in offensive coordinator Pep Hamilton, whose play calling and player development was so bad that they had a half dozen games this season in which they didn't crack 100 yards by halftime. They were the worst offense in football, and QB Davis Mills looked more like a rookie in his second year than he did in his actual rookie year.

So the search begins again for a head coach. For what it's worth, this is a far more attractive job in 2023 than it was in 2021 or 2022. The team is flush with draft capital (two first round picks this year and next year), the salary cap is clean, and despite falling from the first pick to the second pick in the draft on Sunday, they are in position to land a top QB in this draft.

That said, I hope this is the last January we are doing this for a while. Please, Cal.