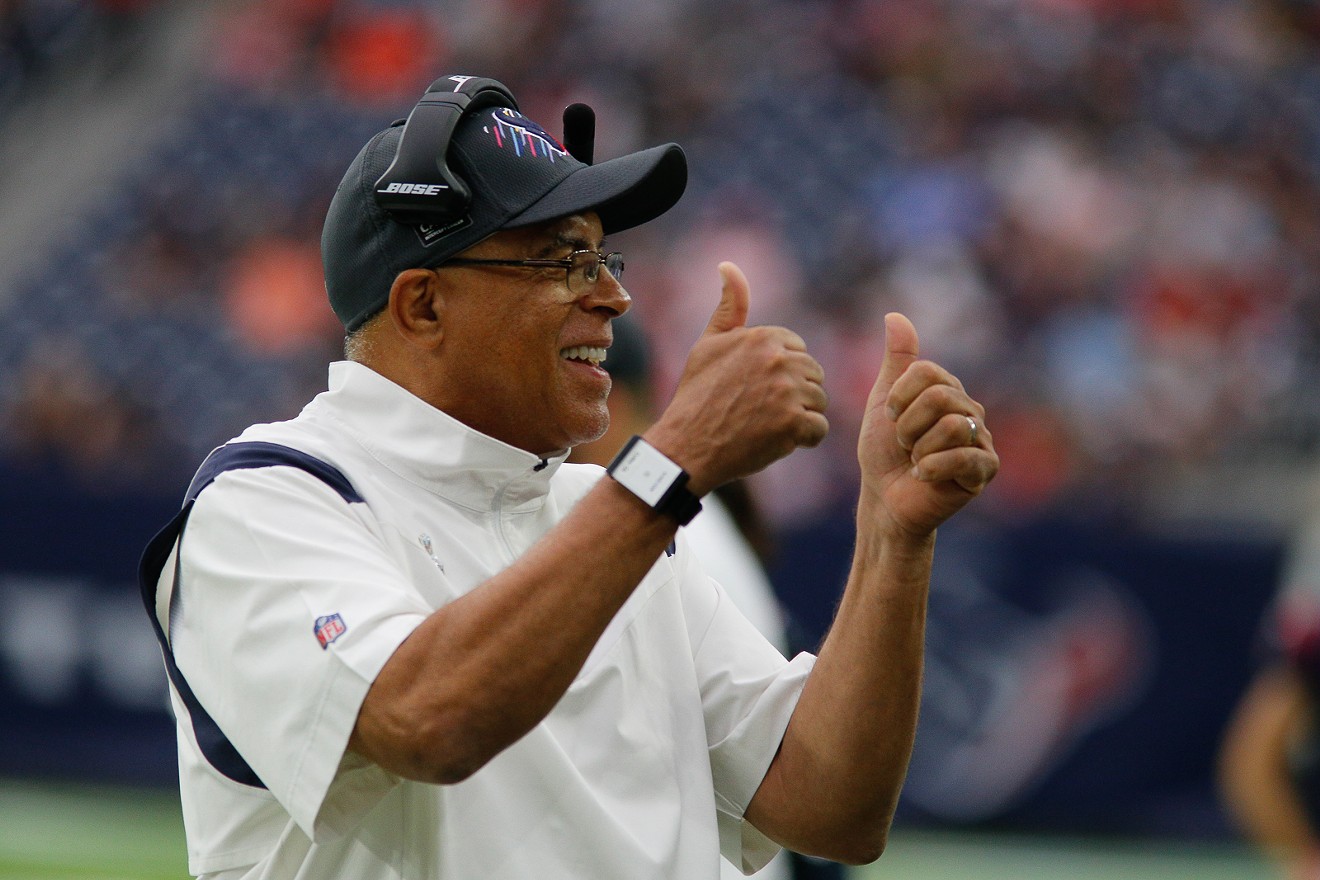 David Culley might be "one and done" as Houston Texans head coach. Photo by Eric Sauseda
A couple weeks ago, on the heels of back to back wins with a COVID ravaged roster, it appeared as though the Houston Texans were widely expected to be bringing David Culley back for a second season as the team's head coach.

While his rookie season had been mostly a pile of pretty lopsided losses up to that point, and while game management had seemed to be a foreign concept to Culley, the Texans were still at a stage in their rebuild where upgrading from Culley with a specific candidate that GM Nick Caserio liked seemed like something that would be tabled.

Honestly, I don't know if the reports about the expectation for Culley's returns were bogus, or if the mood changed in the building, or if a particular candidate became available unexpectedly, but now the Texans (largely Caserio and VP of Football Operations Jack Easterby) are hunkered down and reportedly evaluating the entire football operation, with most of the scrutiny on Culley's job status, presumably.

Will the Houston Texans fire David Culley after just one season, while awkwardly allowing him to twist in the wind while they make a decision? Well, here are four indicators that they are on the way to doing just that:

Culley hasn't spoken to his bosses since the season ended.
When Culley reiterated on Sunday after the loss to the Titans that OC Tim Kelly would "100 percent" be returning, he followed that up by saying he hadn't discussed it with Caserio yet, which is odd, considering Caserio is his boss. When Culley was asked about his job status on Monday, after saying that he was still the head coach of the team "as far [he knew]," Culley indicated he did not have a time scheduled to talk to Caserio or Cal McNair. When you're the head coach of a 4-13 football team, and you're having trouble getting face time with your boss, that's not a great harbinger of things to come.

The Texans are pushing media availabilities out until further notice.
Culley did his media availability on Monday afternoon, a press conference that has the chance to become retroactively mesmerizing if he ends up canned. Caserio, however, has pushed a couple scheduled media availabilities out indefinitely, including a previously scheduled press conference for yesterday and an interview on my morning radio show on SportsRadio 610 this morning. They will both eventually take place, but not until after whatever this "evaluation period" entails.

Some Caserio and Easterby favorites are hot candidates for other teams.
My feeling all along has been that the only way the Texans fire David Culley after one season would be if Caserio (a) had a couple of specific prospects in mind to replace Culley, and (b) one or more of those prospects was available, and obviously willing to take the job. Well, one became available, somewhat unexpectedly, on Monday as Miami fired Brian Flores after three seasons. Flores was the defensive coordinator in New England for several seasons while Caserio and Easterby were in the building, and they are reportedly very fond of him. Also, former Patriots linebacker and current Patriots linebackers coach Jerod Mayo is interviewing with the Denver Broncos. Mayo is a rising star in the coaching ranks, and another candidate that would seem to be viewed as a well liked upgrade over Culley.

The Texans appear to have passed on the chance to coach in the Senior Bowl
This might be the biggest tell of all that the Houston Texans are making a change at head coach. The Senior Bowl is the premier venue to evaluate draft eligible prospects, and each season the two teams with the worst record that are NOT in the midst of a coaching search are able to coach the two teams of college All Stars playing in the game, and thus, get the most up close look at the prospects. It's a major advantage in draft evaluation, and one that football personnel super-nerd Nick Caserio would seem to relish, if given the chance. Well, on Tuesday, we learned which coaching staffs would be participating:

The Lions and Jets staffs got the nod. Why is that significant? Well, the Jaguars would normally get first crack at coaching in the game, but they are searching for Urban Meyer's replacement. The Lions have the second worst draft position, so they're in. Next up would normally be the Texans, who pick third. However, the Jets, who pick fourth, are taking the spot. This is a clear indicator that the Texans are bracing for the likelihood of a search for a new head coach.

So buckle up. It's gonna be another bumpy offseason over on Kirby, full of drama, intrigue, and, we hope, sound decisions, ultimately.