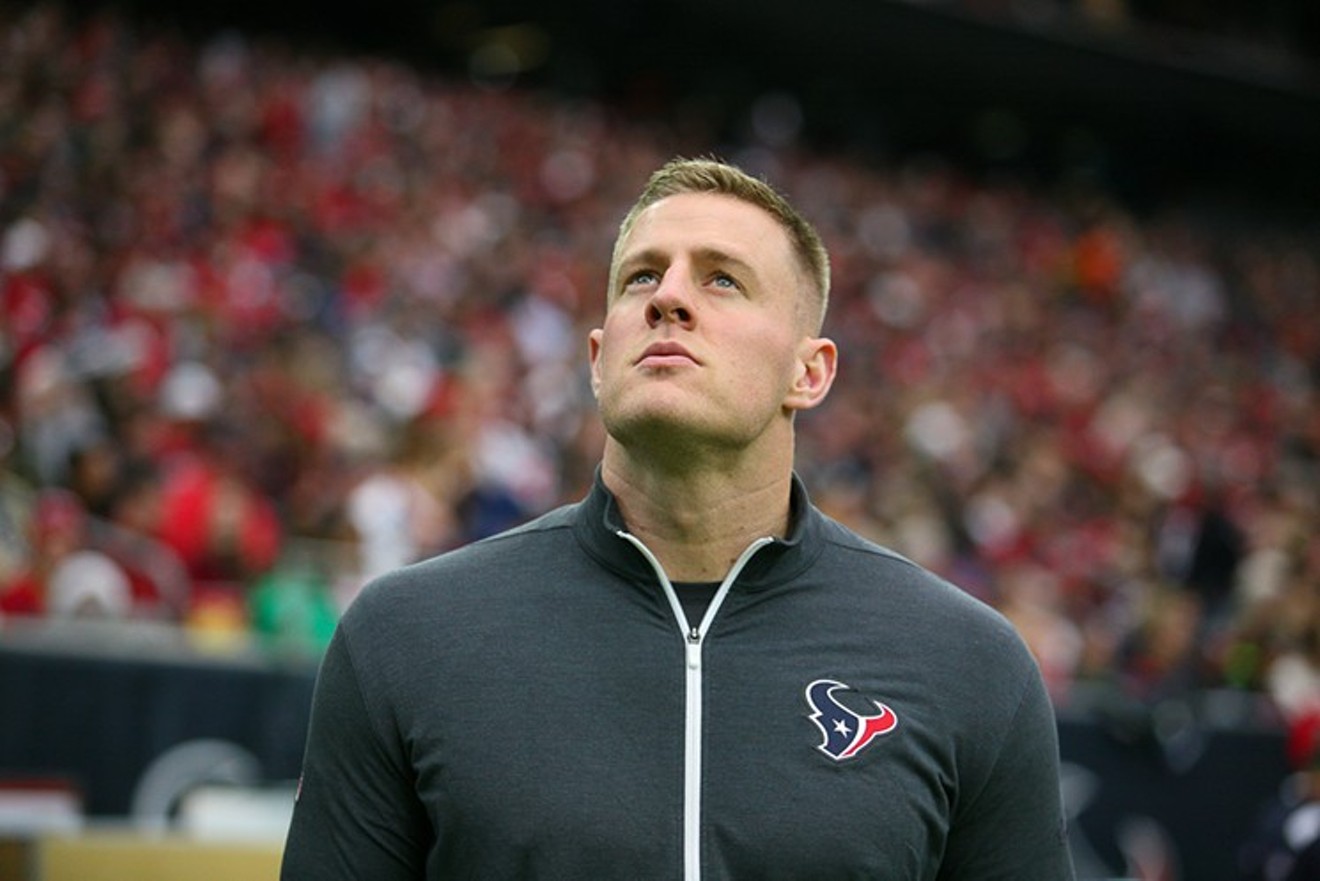 J.J. Watt and his teammates returned to NRG Stadium on Saturday to begin work for the 2020 season. Photo by Eric Sauseda
If you took off for a long weekend, and went off the grid for a few days starting on Friday, then you missed the good news — the NFL owners and players were able to swiftly and cooperatively come to an agreement to bring the sport of football back to our television screens (and maybe, for 14,000 lucky Houstonians each home Sunday, live in stadium) this fall.

Here are the details of the practice and safety portion of the agreement, courtesy of Tom Pelissero of the NFL Network:


NFL players just received this email breaking down how this unique training camp will work: pic.twitter.com/UoCwXxialO

So, we are getting football back, but there's a lot to digest here. Let's break this down:

There is also a BIG financial component to what the two sides agreed to, as well
Both sides know there will be a big dip in revenue for 2020, based on the lack of fans in attendance on game day, but nobody is sure of the magnitude of said dip. Regardless, by the letter of the CBA law, the 2021 salary cap is supposed to be based on 2020's revenue number. That would be quite problematic, if there were no fans attending games, as it would likely mean a cataclysmic drop in the cap, and thus a deluge of veteran players released after the season. Instead, here is what the two sides settled upon, according to Pelissero:

Financially, the league will spread the impact of any 2020 revenue shortfall due to the pandemic over four years beginning in 2021. The salary cap will be at least $175 million in 2021, while the 2020 cap of $198.2 million remains unchanged. The two sides were able to reach an agreement after owners raised the minimum cap for 2021 from $165 million to $175 million and dropped their request for an $8 million reduction in cap for 2020, per Pelissero.

Eventually, after this season, this will mean some tough decisions for teams, especially teams like the Texans, who are set to give Deshaun Watson a king's ransom. For now, this stemmed the tide about as well as the players could have expected.

No preseason games, no joint practices means a possibly sloppy September
For the last several years, the four game preseason and become less and less of a preparation factor for frontline players. That type of hardcore preparation had been generally accomplished in joint practices with other NFL teams. This preseason, head coaches will have NEITHER available to them to make evaluations and prepare for the regular season. This means that we could see some incredibly sloppy football, come September. It's of great intrigue here in Houston, as literally, the next competitive football exercise we will see (or even hear about anecdotally) between two NFL teams will be the season opener between the Texans and Chiefs in Kansas City.

The NFL clearly learned P.R. lessons from Major League Baseball
I know it seems like it was eons ago now, because we've all fallen back in love with baseball since it came back over the weekend, but there was a time just a few weeks back, when the MLB owners and players were sniping at each other via prepared statements, all over how they should divide up a multi-billion dollar pie. They openly said this was all about money, and deprived a starving, downtrodden nation of much needed distraction for about a month longer than necessary. The two sides in the NFL, on the other hand, were able to hammer out a far more complex deal, given the nuanced nature of the safety measures in an ultra-contact sport like football, in a far less acrimonious fashion. Other than the barrage of NFL player tweets a week ago seeking clarity, the two sides hammered out an equitable deal in a matter of days after that. Perhaps the fact that the two sides had just done exactly that a few months ago with the new CBA helped. Negotiating with each other in a predictive way was essentially muscle memory.

J.J. Watt started the #WeWantToPlay movement, and he arrived early Saturday morning
And with this tweet, the strangest preseason of our lifetime, is underway....


By the way, great job by J.J. getting his pickup truck AND Reebok logo into the tweet. He's not a businessman, he's a business, man.