As the Rotation Goes, So Will Go the Astros 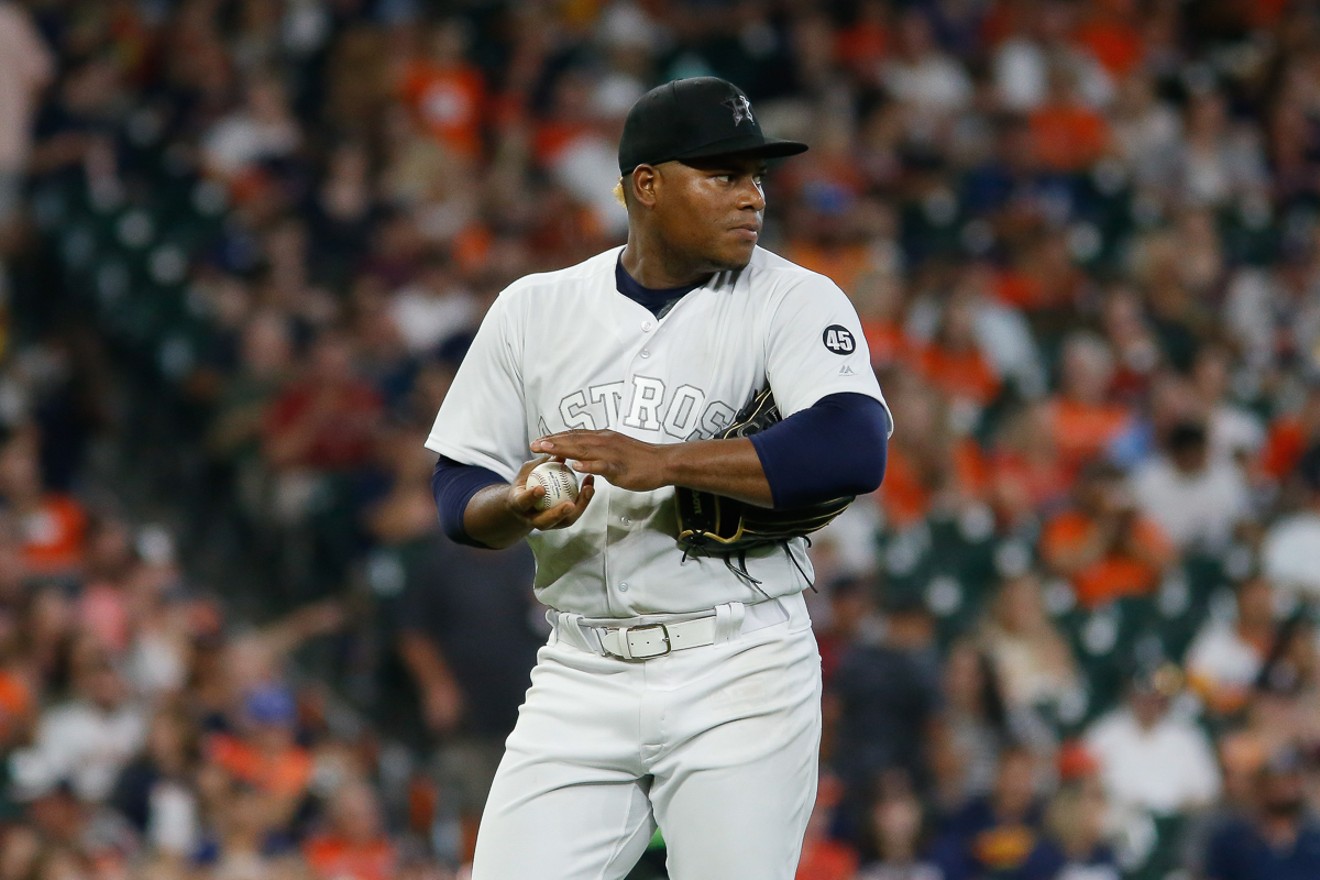 Framber Valdez will miss some time with a fractured finger, but his return will be critical to the Astros rotation. Photo by Jack Gorman
Much has been made of the loss of George Springer, both as a leader of the team and as a player on the field. And, make no mistake, it will hurt. But, for this Astros squad, the key is likely going to be a starting pitching staff that has far more questions than answers.

The bad news is some of the big names of years past are gone. The good news is they may have better overall depth this year than they have had in quite some time.

So, let's break down the current assumed starters and the guys that come behind them to see their impact on the season going forward.

Zack Greinke
Importance: 8 out of 10

Greinke is unlikely to be an Astro after this season. The veteran right hander will be 38 in October when he is a free agent. As solid as he has been for the Astros, their rebuilding efforts with young arms that began in earnest last season will mean his stint in Houston will come to a close. But, because he is the most stable veteran currently, he remains the opening day starter and an important part of the rotation. If he is injured, or worse, just struggles, there isn't much the Astros will be able to do other than grin and bear it.

Framber Valdez
Importance: 7 out of 10

Not only does Valdez represent one of the few left arms on the staff, but he was their best pitcher in 2020. Unfortunately, it was reported Wednesday that he suffered a fractured ring finger on his throwing arm during his first outing of the season on Tuesday. There is no timetable for his return, but it's a big blow. There are arguments to be made he is the ace of this squad. His youth coupled with the limits on lefties in the bullpen made him a critical piece of the rotation. Hopefully, he won't stay out too long.

Lance McCullers
Importance: 5 out of 10

The only real news about McCullers out of spring training is that he still doesn't have a contract extension. McCullers is one of a handful of big names that could hit free agency after this season including Carlos Correa, Greinke and the injured Justin Verlander. McCullers, for a stretch in 2020, was as dominant as he has ever been. His ability to stay healthy in the COVID-shortened season was as important for him as it was the Astros. Can he do it for a full 162-game season still lingers out there and may be one of the reasons they Astros have yet to extend him. Because of his injury history, it's difficult to imagine him completing an entire healthy season, which is why his importance to the rotation is a 50/50 proposition.

Jose Urqidy
Importance: 6 out of 10

Urquidy has said he wants to throw 200 innings this year. Considering he's only gone over 40 one season of his young career, that's a big get, but he's the type of pitcher that could provide stability in the middle of the rotation. At 26, he's still getting his feet wet in the majors, but his killer postseason outing in 2019 followed up by a short 2020 thanks to missing a chunk with COVID himself, he seems poised to be a solid arm the Astros can trust. He doesn't have to have one of the league's best ERAs to contribute, particularly if he is throwing fourth, but if injuries climb, so will the pressure on him to do more than just be solid.

Christian Javier
Importance: 6 out of 10

No pitcher burst onto the scene in Houston among all the young arms last year like Javier. His calm, cool demeanor and consistency on the bump led him to come in third on the AL Rookie of the Year balloting. He went 5-2 over 10 starts with a respectable 3.48 ERA. And before the ALCS when he gave up three runs in three innings, he had a 0.00 ERA in six-and-a-third with eight strikeouts. Javier is one of the main reasons the team feels very good about its starting pitching not just this year but into the future. They hope Javier is able to build on his strong start and give them an anchor in the rotation for years to come.

Luis Garcia
Importance: 4 out of 10

Some fans might be wondering, um, who? Garcia rocketed from High A ball to the major league club in 2020 and showed out well. At 24, he's still just a kid, but he has grown up stuff including a fastball in the mid 90s and a wicked changeup as his out pitch. The biggest concern for him will be a combination of control and stamina. For many of these younger players, they are not used to 100-plus innings and maintaining consistent control over a long stretch can be tricky. Garcia seems to have all the tools. If he can put them together in his sophomore stint with the team, it will be a bonus.

Forrest Whitley
Importance: 2 out of 10

Talk about a massive wild card. Whitley's young career (he's still only 23 though some fans might think he's older given the wait for his services) has been derailed by a drug suspension and numerous injuries including forearm soreness while working out at the Astros alternate site during the 2020 season. Word out of camp is that he is finally, mercifully healthy and ready to compete for a spot on the 40-man roster. Whitley still has killer stuff and remains the only serious pitching prospect for the Astros ready to play at the major-league level. If he can maintain control and, more critically, stay healthy, he has a chance to have a big impact on the Astros season. We still aren't convinced and getting zero has about the same probability as getting anything from Whitley this year.
KEEP THE HOUSTON PRESS FREE... Since we started the Houston Press, it has been defined as the free, independent voice of Houston, and we'd like to keep it that way. With local media under siege, it's more important than ever for us to rally support behind funding our local journalism. You can help by participating in our "I Support" program, allowing us to keep offering readers access to our incisive coverage of local news, food and culture with no paywalls.
Make a one-time donation today for as little as $1.