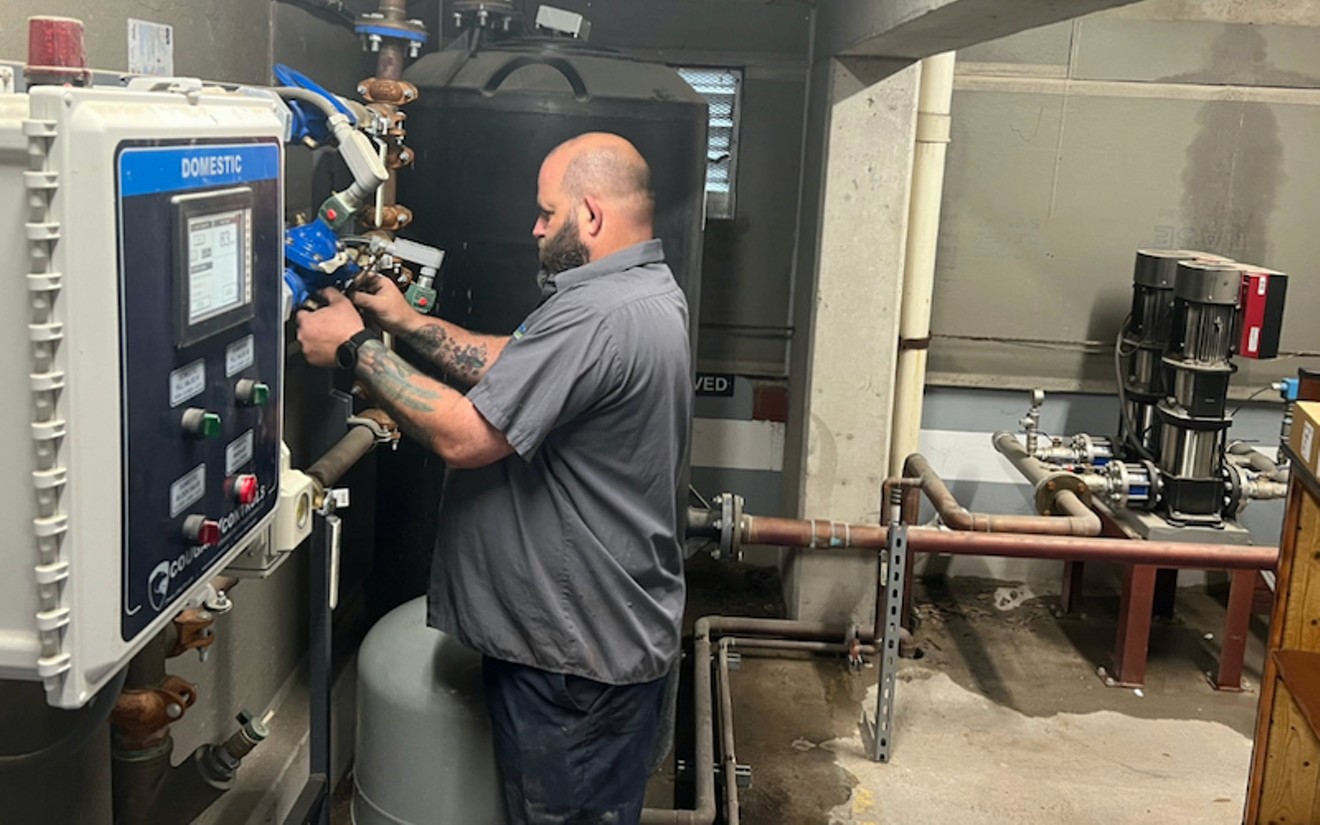 Crew members at bluefrog worked on a number of residential repairs, this one happened to be under the home. Photo by Kris Stewart

In the last week, David Robbins completed three entire-home re-pipings after the older galvanized pipes at these residences were damaged beyond repair.

“We've been having some homes where we have had to entirely repipe them because of galvanized pipes that cracked so badly we couldn't really repair them,” said Robbins, a field supervisor at Village Plumbing.

Plumbers, like Robbins, across the Greater Houston area have been answering phone calls non-stop since Christmas weekend’s freeze.

Most of these calls deal with more minor repairs, as total home re-pipings are the worst of the damage seen in this freeze, Robbins said. These larger-scale repairs are in neighborhoods with older homes, like in Montrose, and on the outskirts of the city in Humble, Katy and Meyerland.

Though this damage is severe, it is not as drastic and widespread as in Winter Storm Yuri in 2021.

Compared to the 2021 freeze, this freeze affected mainly exterior pipes at residents’ homes, as the electrical grid preserved heat in most areas and kept internal pipes protected from the cold weather, said Kris Stewart, the owner of bluefrog Plumbing and Drain Cleaning of West Houston.

This freeze also had a shorter run – from December 22 to December 24 – and did not dip into temperatures as low of as in 2021, said Stewart.

This alongside more people prepared ahead of the cold weather after 2021’s freeze, kept homeowners from having to deal with major damage.

According to Robbins, most calls handled by their plumbers had to do with more routine repairs to frozen pipes, customers having no water or very low water pressure, vacuum breakers on irrigation systems breaking and pipes leaking.

These minor repairs are lower in cost averaging $600, he said, adding that total home re-pipings cost upwards of $25,000.

On a typical day, Village Plumbing services 95 to 100 calls a day, Robbins said. Because of the freeze, their daily average increased by 25 percent to 125 to 130 calls, Robbins said.

The plumbing company is experiencing some backlog this time around; however it is nowhere near as bad as in 2021. “We really had a hard time just answering the phone in 2021; this freeze has been nothing like the one back then,” Robbins said.

Bluefrog also is still catching up with its backlog.

“We reached a point where we were behind about four or five days, '' Stewart said. “In comparison, the waitlist in 2021 was between two to four weeks.”

The freeze happening around the holidays is what made it most difficult for the plumbing and drain cleaning company, Stewart said with their staff at half capacity.

Still, the company had prepared for the freeze ahead of time and bought materials to assist with the increased number of repairs they anticipated, Stewart said. Their staff also performed proactive repairs and winterized homes for residents beforehand.

“If you're going to winterize the home, you drain the system so that the water continues to move out and does not freeze up,” Stewart said. “If there’s no water in the system, it’s not going to freeze or bust the pipes.”

Stewart said residents should also make sure that their pipes are insulated, especially if their pipes are older and galvanized, or made of weaker materials like PVC or copper.

Homeowners can also drip their pipes, but this is not as effective as a full flush of the plumbing system, Stewart said.

Regular maintenance, both on internal and external pipes, also helps in care ahead of inclement weather. “Even without the freeze, we always recommend that people maintain a plumbing system and be educated on it,” Stewart said. “You have to know your plumbing system and make sure it’s operating the way that it’s supposed to to be ready for any sort of event like this.”