HISD Loses its Ratings Appeal on Wheatley, But T.H. Rogers Moves Up to an "A" 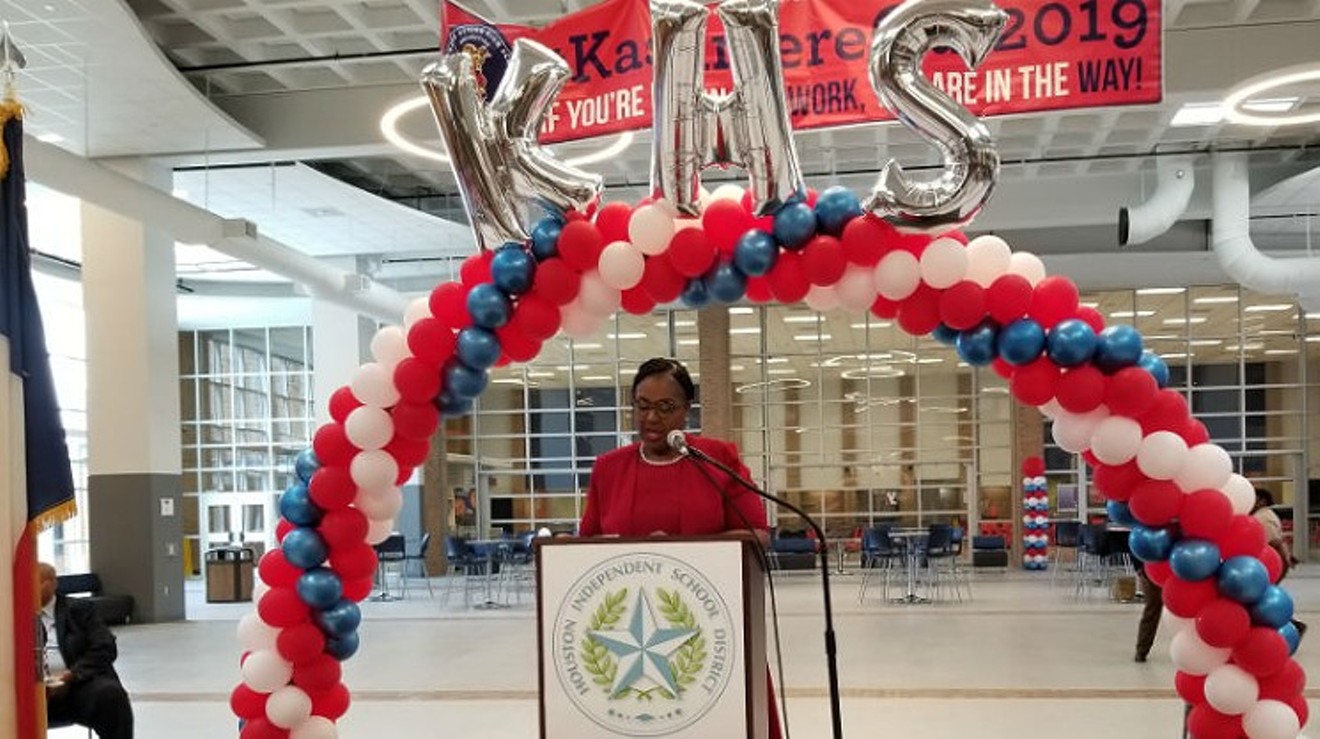 Interim Superintendent Grenita Lathan filed her appeal but alas, the August celebration that greeted the news that Kashmere High had climbed out of the basement, would not be repeated this week with Wheatley. Photo by Margaret Downing

In what has to come as almost no surprise to anyone, a Hail Mary appeal from the Houston ISD asking the Texas Education Agency to reconsider the "F" label it placed on Wheatley High School has been denied.

In a November 5 letter, Commissoner of Education Mike Morath informed Interim Superintendent Grenita Lathan that the appeal was being denied. As a result, according to state law, sanctions loom which means either the historic black campus will be closed — something most people don't believe will happen — or a board of managers will be appointed to run the school district in place of the elected school board.

Even if Wheatley is shut down, that won't happen until the summer of 2020 so students there will not be disrupted this school year. The drastic options come after too many years of the school not meeting state standards in four areas of student achievement goals.

All of this is separate from the ongoing investigation into the board of trustees' discord, methods of operation, and apparent circumvention of the Open Meetings Act by five of its members. That investigation may result in Morath replacing the school board following the late October recommendation of a group of TEA investigators who advocate doing just that.

HISD had argued that Wheatley should continue to not be rated another year because of Hurricane Harvey. Since that waiver was not extended to other schools this year, TEA says it would not be consistent to exempt Wheatley.  HISD also asked that the state change its methodology for coming up with a final overall grade. Again, citing consistency, TEA declined to do so.

T.H. Rogers got much happier news Tuesday finding its appeal upheld. The district had argued that by including the small group of severely and multiply impaired and medically fragile high school students in its testing accountability, skewed the results for the whole school.

On appeal, TEA agreed, noting that the campus, which has been the recipient of several education awards over the years, has three distinct and special programs: a gifted and talented program, the Regional Day School for deaf and hard of hearing students and the Preparing Students for Independent Living program for just 25 students. "The agency will evaluate T.H. Rogers School as an elementary school type for 2019 and 2020 accountability purposes. Houston Independent School District should seek options to resolve this unusual situation before 2021 accountability, such as requesting a unique campus number for the students served in the PSI program," Morath wrote.

So a swing and a miss followed by a victory as HISD batted .500 with TEA this week.

And the community awaits what will happen next.