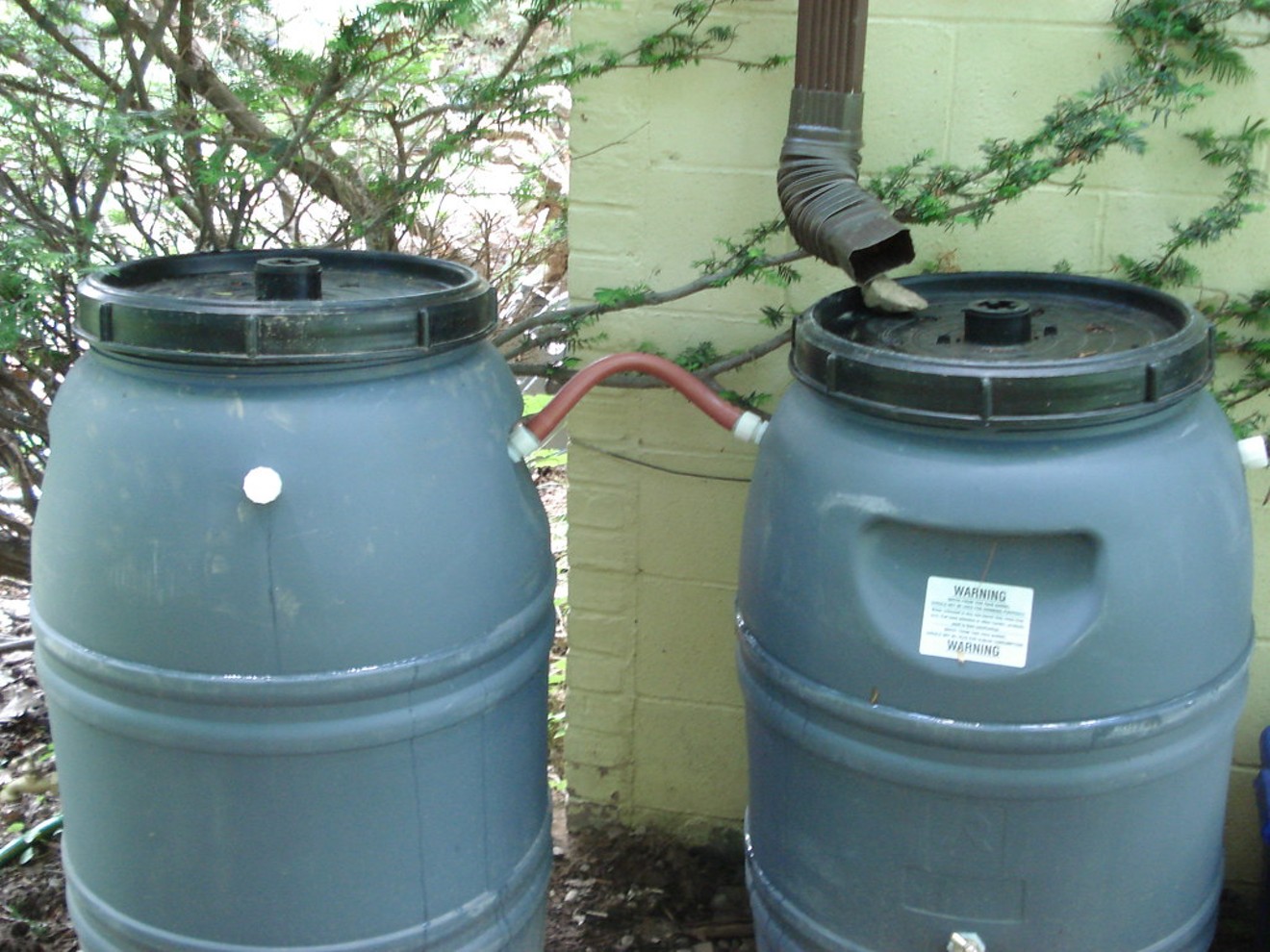 This is not a crime. Photo by fireballsedai via Flickr
It’s a weirdly prevalent meme from both hippies and libertarians that the government is walking around keeping people from collecting rainwater. Hang around anti-government malcontents long enough on social media and one of them will eventually make a joke based on the idea that collecting rainwater is stupidly illegal. Even some otherwise informed people will repeat the myth because it sounds like something that could be true.

Here’s the thing: no state outright bans collecting rainwater, and neither does the federal government. In fact, many states, including Texas, will actively reward people for collecting rainwater in the form of tax breaks. The City of Houston will outright sell you the rain barrel. There are few ways to be more legal than that.

It is true that some states do regulate the collecting more than others, though the vast majority of states don’t. In Illinois you can only collect rainwater for non-potable uses and there are strict guidelines on the building of collection materials. Nevada also has a tight grip on water rights and how water is used (not unreasonable for a desert state). Texas even explicitly states that you can drink your rainwater, though drinking unfiltered rainwater comes with some health risks because of air pollution. Considering Houston’s continued place in the Top 10 worst cities when it comes to air pollution, it’s probably not a good idea to drink your collected rainwater even if the act is not actually illegal.

So, if collecting rainwater is no big deal for almost all of America, where did the idea come from? It seems to stem from a 2015 story on YourNewsWire.com, an outlet that spreads conspiracy theories such as, most recently, Pizzagate. The headline read, “Man Gets Prison Sentence for Collecting Rainwater on His Own Property,” and the idea quickly spread to the conspiracy-obsessed parts of the internet.

The story was mostly malarkey. Oregon man Gary Harrington did end up in a protracted legal battle with the state over water, but it wasn’t because he was using a rain barrel to water his herb garden. It was because he was using dams as high as 20 feet to build reservoirs he would then fish in on his property, resulting in water ponds the size of an Olympic swimming pool. He was technically collecting rainwater, but he did so in order to build illegal man-made bodies of water for recreation without permits. He initially pled guilty, paid a fine, and drained his reservoirs, but then closed his headgates and rebuilt his ponds in defiance of the court order. This would eventually lead to his arrest.

Harrington tried to argue that he was protesting property rights, and his insistence on that led to his story being picked by anti-government crusaders looking for examples of government overreach. From there, it has passed into popular myth. Despite this, it is perfectly legal to collect rainwater. Many states, including ours, actively encourage it.

No water collectors are being thrown in jail unless they decide they deserve their own lake but don’t have to listen to their local water authority when the go about it.
KEEP THE HOUSTON PRESS FREE... Since we started the Houston Press, it has been defined as the free, independent voice of Houston, and we'd like to keep it that way. With local media under siege, it's more important than ever for us to rally support behind funding our local journalism. You can help by participating in our "I Support" program, allowing us to keep offering readers access to our incisive coverage of local news, food and culture with no paywalls.
Make a one-time donation today for as little as $1.