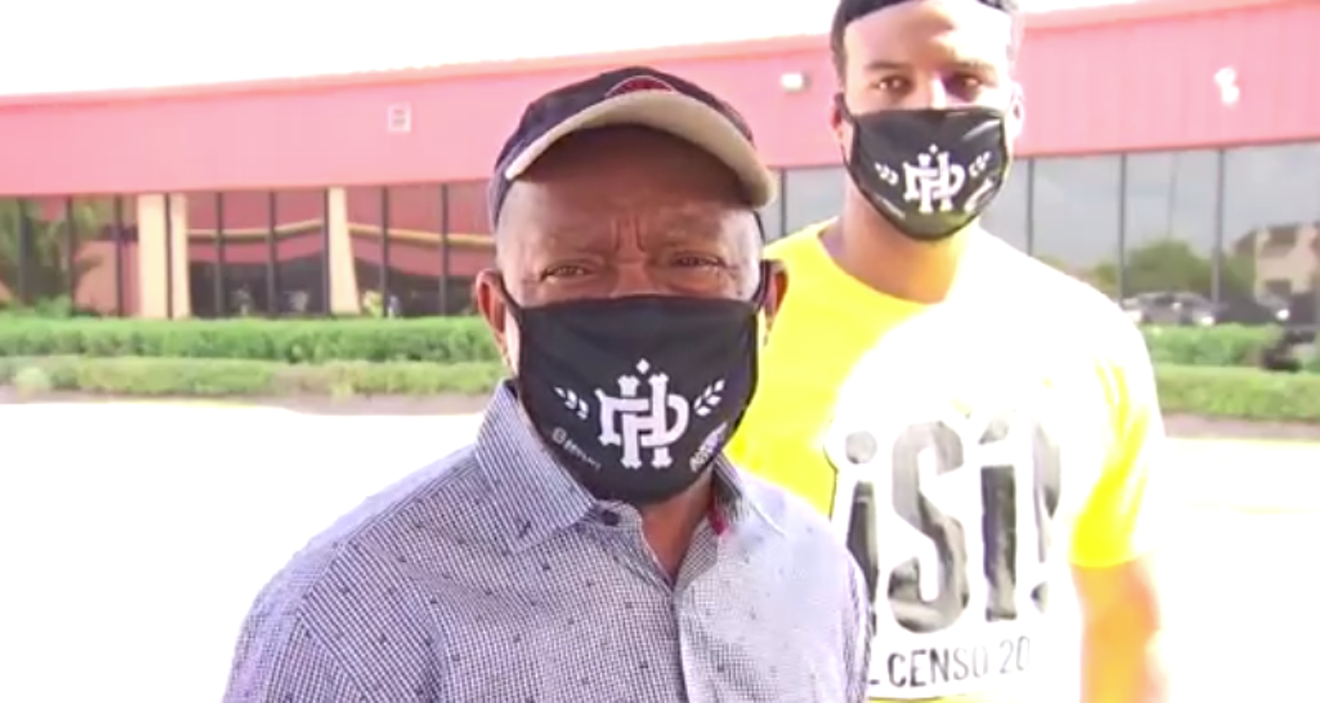 During a mask distribution event on Saturday, Houston Mayor Sylvester Turner told the media that he's in favor of a temporary two-week shutdown in Houston to slow the spread of COVID-19, despite lacking the authority to issue a lockdown order himself. Screenshot


Houston Mayor Sylvester Turner believes it’s time for his city to pump the brakes hard on business as usual and go back to stay-at-home conditions in order to take the fight to COVID-19.

On Saturday, Turner proposed that Houston go back into lockdown for two weeks to try and blunt the startling spread of the coronavirus in the area, despite not being able to mandate that type of shutdown himself due Gov. Abbott’s statewide reopening rules.

Speaking to the media at a city-sponsored food and face mask distribution event, Turner said that he believed Texas and Houston had “opened too quickly, too soon” based on Abbott’s plan, and that a temporary, targeted shutdown would make it more likely that it would be safe to reopen local schools in the weeks ahead. He also said he thinks that Abbott’s statewide mask order won’t be enough to slow down COVID-19 as much as it needs to be given the massive rate at which the virus has been spreading throughout Houston.

“We have to recognize the fact that not everybody is going to put on this mask, let’s just be real, even with the requirement. Knowing all of that and knowing what works, you’ve got to recalibrate,” Turner said.

“Even though I don’t have the ability to take us back to phase 1,” Turner said later in his remarks, “I strongly recommend that for the next two weeks, that if I were the governor, I would just bring things down, shut things down for the next couple of weeks to take the energy away from this virus.”

In recent weeks, Turner hasn’t publicly called for area residents to stay home as forcefully as Harris County Judge Lina Hidalgo has, citing the fact that local officials like he and Hidalgo had their authority to make those types of order stripped away by Gov. Abbott months ago. Despite lacking the power to mandate that they do so, Hidalgo has been publicly urging people to not leave their homes if at all possible since June 26 when she raised the county’s COVID-19 threat level to its highest rating.

In a Sunday tweet, Hidalgo joined Turner in calling for a new stay home order. “Not only do we need a stay home order now, but we need to stick with it this time until the hospitalization curve comes down, not just flattens. Many communities that persevered in that way are reopening for the long haul. Let’s learn from that & not make the same mistake twice,” Hidalgo wrote.

On Saturday, the state of Texas reported a record-breaking 10,351 new cases of COVID-19. The City of Houston reported 1,524 new cases on Saturday, although local health officials said that number might be slightly inflated due to a suspected computer glitch that also led to lower than expected counts several days this week. Last week was the deadliest week of the pandemic on record for the state of Texas.

While Abbott has continued to stress that he does not want to issue a statewide shutdown again out of a fear of the repercussions for the state's economy, he admitted Friday in an interview with Lubbock’s KLBK that a new shutdown could be in the works if things don’t get better fast.

“If we do not slow the spread of COVID-19, with that rise of hospitalizations that you're seeing in Lubbock, with the increased death rate that we’re seeing in the state of Texas, the next step would have to be a lockdown,” Abbott said.
KEEP THE HOUSTON PRESS FREE... Since we started the Houston Press, it has been defined as the free, independent voice of Houston, and we'd like to keep it that way. With local media under siege, it's more important than ever for us to rally support behind funding our local journalism. You can help by participating in our "I Support" program, allowing us to keep offering readers access to our incisive coverage of local news, food and culture with no paywalls.
Make a one-time donation today for as little as $1.