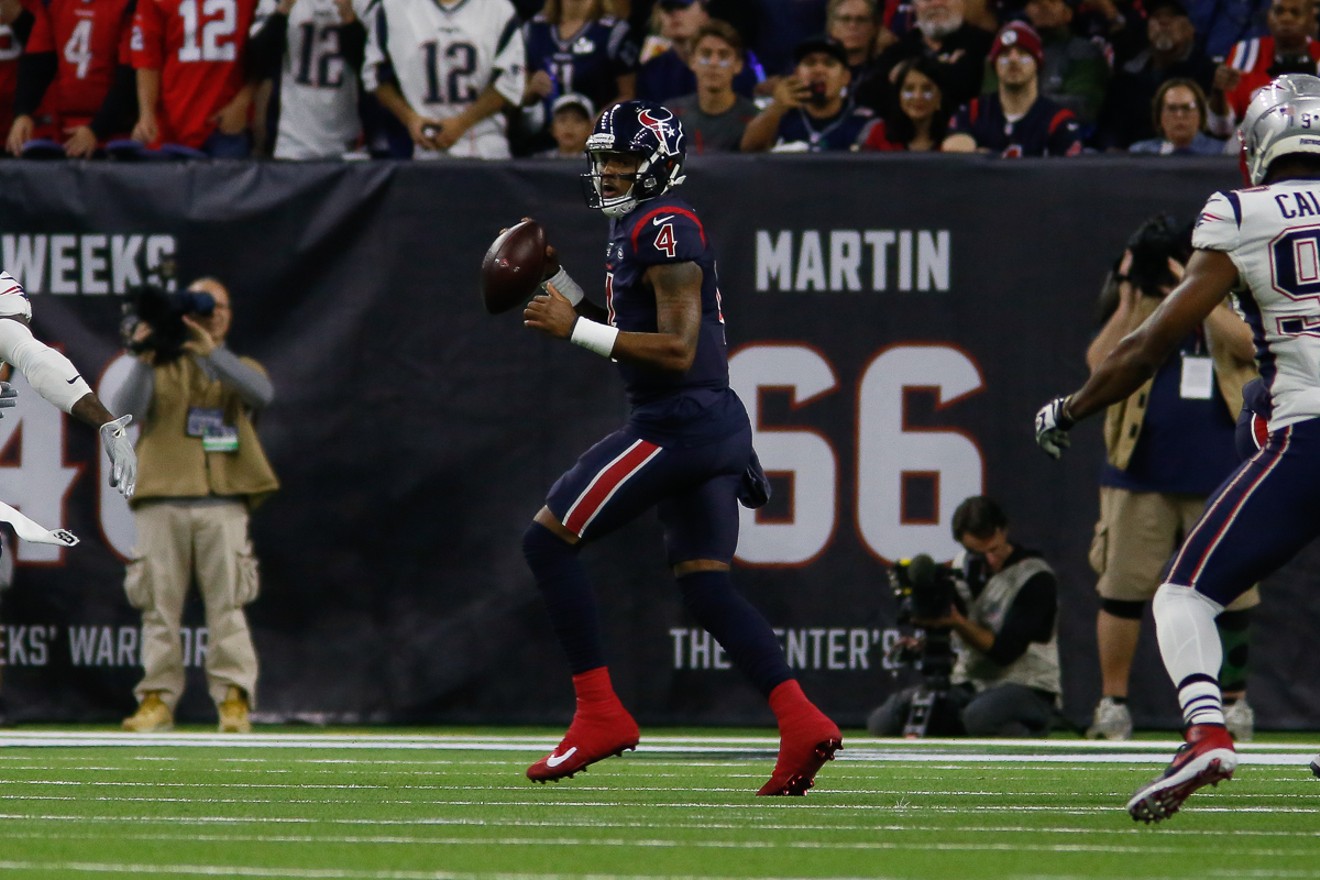 Deshaun Watson has been outstanding in prime time games since arriving n the NFL in 2017. Photo by Eric Sauseda
Heading into the Week 11 loss to the Ravens, the confidence level in the Houston Texans was at an all-time high for the Bill O'Brien Era. A 6-3 record, a Week 6 road win against Kansas City, a near win in Week 1 against the Saints in New Orleans, and the recency of a 26-3 thrashing of the Jags in London were probably the main data points driving the enthusiasm.

Then came the 41-7 drubbing from the Ravens, and with prime time games upcoming against the Colts and the Patriots, the confidence reset button had been hit. The Texans were 6-4 and dropped to the sixth seed in the AFC. The "what if" scenarios over a loss in either of those two games, or God forbid BOTH games, were bubbling like an active volcano.

As it turns out, the Texans would win both games, and in retrospect, maybe we should have seen this rise to 8-4 coming. After all, the two keys words about the Colts and the Patriots game analysis should have been "PRIME TIME," for the Texans quarterback these days is Deshaun Watson, and he is the king of prime time football, dating back to the two historic games against Alabama for the national championship in 2015 and 2016.

8. WEEK 5, 2017: Chiefs 42, Texans 34 (SNF)
STATS: 16-31, 261 yards (5 TD), 3 carries, 31 yards rushing
How good is Deshaun Watson? Well, his WORST prime time performance is a game in which he threw FIVE touchdown passes. The thing here is that the Texans were way behind in most of this game, 39-20 in fact, at one point in the second half. Between Deshaun's shaky completion percentage, and the outcome and flow of the game, this is in last place... which is BANANAS!

3. WEEK 8, 2018: Texans 42, Dolphins 23 (TNF)
STATS: 16-20, 239 yards (5 TD), 1 carry, 14 yards rushing
The cool things about this game were (a) Watson finished with a perfect passer rating on the night, and (b) Brock Osweiler started for the Dolphins, so it was the greatest circle of life experience ever for Texan fans who got to revel in the worst of QBs being someone else's problem while simultaneously enjoying a perfect version of Watson.

So, adding it all up:

Yeah, pretty damn nice having this guy as your franchise quarterback, Texans fans.