Before You Eat That: Why Do Texans Consider Mullet the Rat of the Sea? 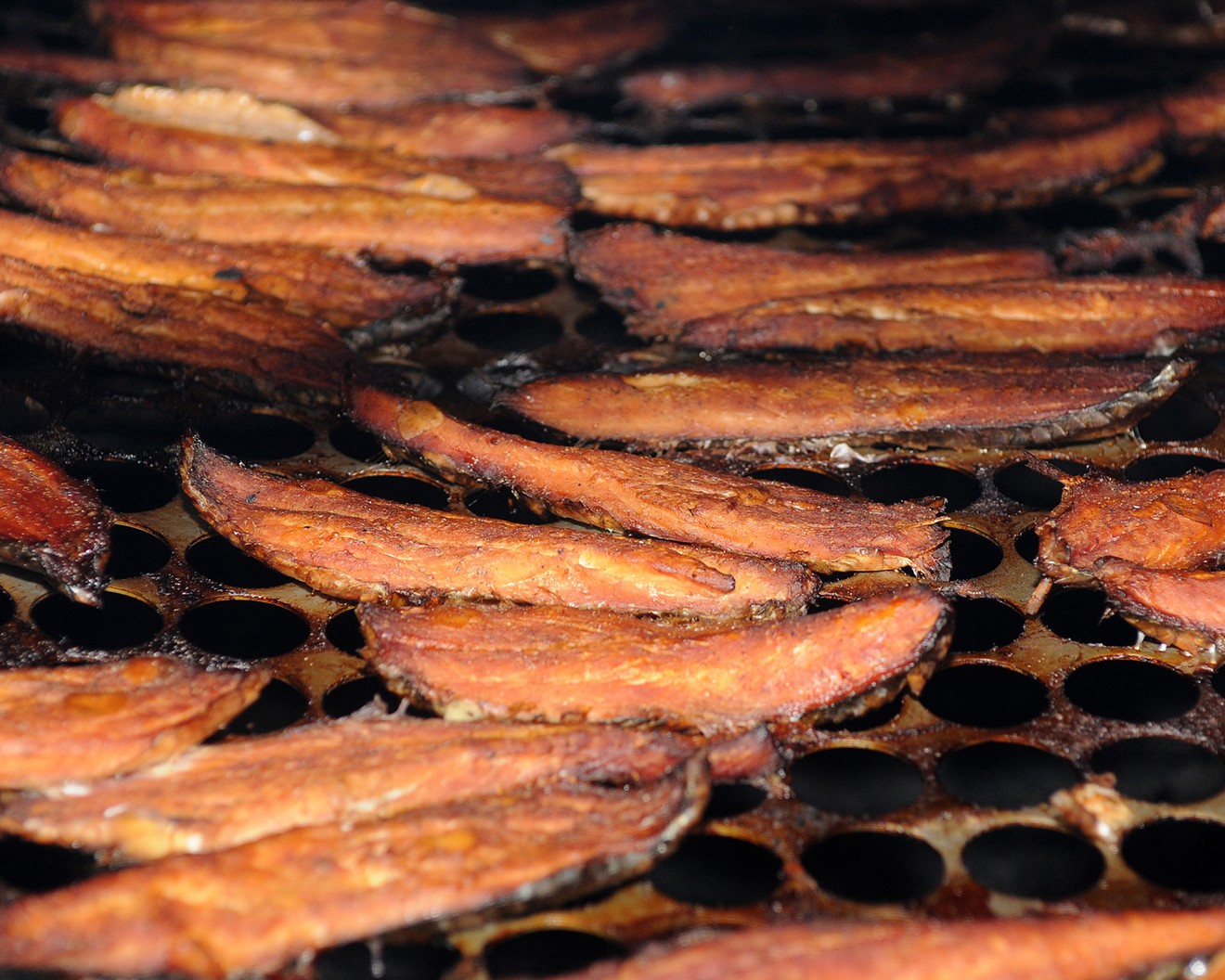 You're telling me you wouldn't eat that? Right. Photo by US Fish & Wildlife Service Southeast Region

It's easy to throw shade at Florida, what when Florida Man keeps doing horrible things like getting all pilled up and throwing his poop around the neighbor's tool shed. But as a Floridian, six generations deep in fact, I just don't get one thing: Why does every other Gulf state hate mullet? I'm not talking about the Joe Dirt hairstyle. I'm referring to those oily little fish that swim in schools, fluttering under the water's glassy edge like a hundred manic, kicking feet, avoiding sharks and swordfish and existing as what most people consider them to be: bait fish.

Except that smoked mullet is one of the best seafood dishes of all time.

I grew up on it. On holidays, you'd find it on the kitchen table covered in crinkled tin foil, fresh out of a smoker, the meat half pulled away from floss-thin bones by numerous relatives with 40-year beer breath and cigarette-tinged fingers. Many people consider the bones to be a pain in the butt. They've obviously never met my family.

According to Saveur, the Florida State Board of Conservation tried to market mullet as "lisa" (the fish's Spanish name) in the early '60s, sending hundreds of cans of it to New York City to see how it would do against canned tuna and salmon. It didn't "do" anything. The fad never left Florida.

Smoked mullet took on some much-needed finesse via its highly approachable dip form years after that, a genius move among Florida restaurants. Smoked mullet for the Palm Beach set. Anytime I ever found it on a menu, I'd shovel it into my mouth with excessive vigor, like a good Houstonian does a vat of queso. We're all alike when you get down to it.

So why not, then, consider the mullet?

Texas is a state obsessed with barbecue, with myriad smoked wonders. It seems like the mullet would fit right in. The oiliness easily lends itself to the smoker. The flavor is nutty and gamy. It's like the venison of the sea, certainly not the "rat of the sea" as, alas, certain Lone Star anglers would have it. Unless you consider the mullet's ability to clean the ecosystem via its incessant feasting pattern similar to that of a rodent endlessly downing discarded pizza in a subway.  Anyway, the mullet's roe, bottarga, is considered a luxurious delicacy in Asia, even when sourced from the Gulf.

"It's just cultural," Mark Fisher of the TWPD said when I called him about the sad plight of the mullet in Texas. He laughed out loud when I mentioned rat of the sea. "Here in Texas it's considered only good for bait."

But Fisher himself isn't a mullet hater, and he's quick to point out a few other examples of so-called trash seafood taking a ritzy turn toward gourmet limelight.

"Like shrimp," Fisher says. "Before the '60s, white shrimp was considered good eating. Brown shrimp was only considered good for bait. But sometime in the '60s somebody ate a brown shrimp and decided it tasted pretty good. Same thing with the spiny lobster in Florida; most considered that only good for bait. Big lobster was considered table fare. Again in the '60s, somebody decided it tasted good." The fact that everybody now calls it langoustine instead of spiny lobster probably doesn't hurt either. 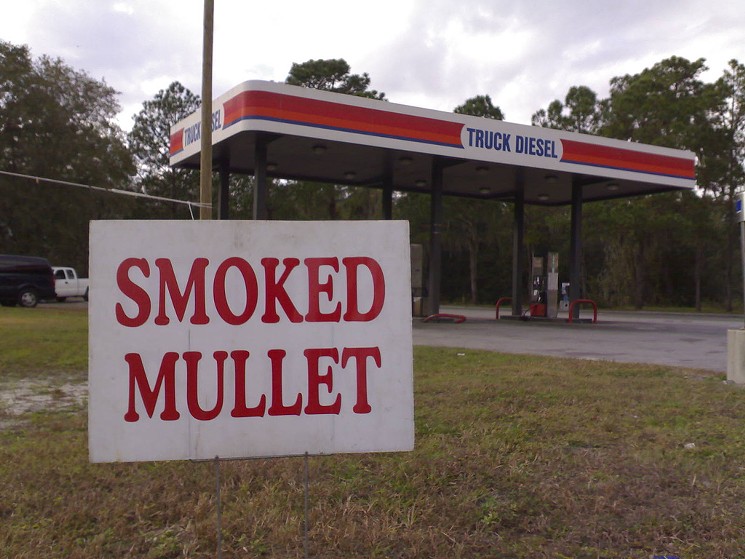 Awwww yeah.
Photo by Oskari Kettunen
Still, even in the Sunshine State the smoked mullet seems to speak to a different era, a fading glimmer of Old Florida. It's a disappearing act, with many restaurants in the state now serving smoked fish dips that utilize tuna, salmon and other species not particularly native to the area.

It's not like the Texas mullet is any different from the Florida mullet. It's the very same species, and as for Texans who have supposedly tried the fish and declare it too muddy to eat?

"I don't buy it," Fisher says. "I'm here in Rockport and it's clear water from here on South. We don't have muddy water."

Mullet season, if you were to acknowledge one, primarily starts in fall, so there's still time to get this fad cranking here in Texas. Plus, there's no limit to how much mullet a recreational angler can catch in Texas, so when all your buddies keep giving you dirty looks about your newfound "lisa" obsession, you can just keep on gobbling up as much smoked mud fish as you can handle.