Irma's offers extended hours when the Astros are in town. Photo by Marcy de Luna

A different kind of hot dog for an Astros game day.
Photo courtesy of Potente
If you’re a fan of World Series Champs the Houston Astros (who’s not?), you'll want to start mapping out your game-day eating plan. Whether you need a snack before game time or a celebratory meal after, these restaurants are standing by ready to serve you. From an upscale steakhouse to a sports bar named for a Hall of Famer, here are ten spots near Minute Maid Park to hit up when the ‘Stros go to bat today on home opening day 2018.

Biggio's, of course, lives and breathes the baseball spirit.
Photo courtesy of Biggio’s
Biggio’s, 1777 Walker
Get into the baseball spirit at Biggio’s, named for partner and Astros Hall of Famer Craig Biggio, situated on the first floor of the Marriott Marquis. Catch the pre- or post-game show any of the numerous flat- and big- screen TVs hanging throughout the two-story restaurant and bar. Feast on elevated stadium fare including gourmet dogs like the Sonoran featuring a house-smoked beef brisket dog topped with crema, salsa verde, charro beans and bacon, and house special, the BGO, which comes with barbecue potato chips, a side of onion dip, and two filet mignon sandwiches dressed with house-made herb garlic aioli and onion straws, perfect for sharing (or not). 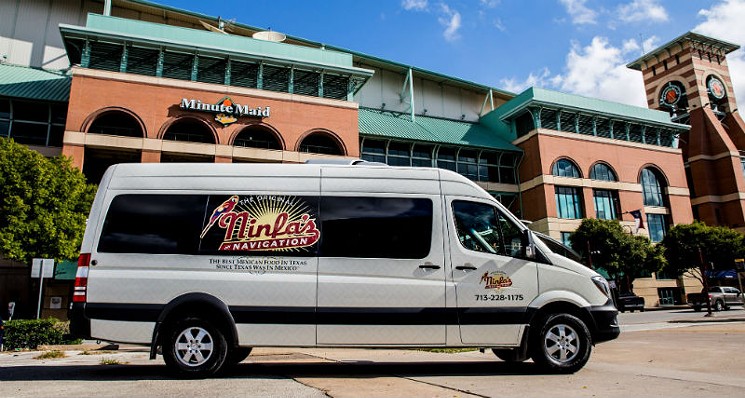 A free Ninfa's shuttle runs an hour before and after the game.
Photo by Kirsten Gilliam Photography
The Original Ninfa's on Navigation, 2704 Navigation
While casual Tex-Mex spot The Original Ninfa's on Navigation scores big for its killer fajitas and margaritas, chef Alex Padilla, who spent 18 years working under James Beard Award-winning chef Nancy Oakes of San Francisco’s Boulevard Restaurant, puts his fine-dining training to use with wood-roasted items from the grill (think roasted octopus with black rice, chorizo, shrimp and saffron and roasted wild-caught salmon with mole spice rub, organic stone-milled grits, roasted peppers and poblano pepper sauce) and an epic Fajita Burger made with ground fajita meat — and stuffed with chopped fajita meat. It's finished off with grilled red onions, poblano peppers, avocado, chipotle mayo and a blend of Jack and Oaxaca cheeses. What more could you ask for? How about a free shuttle to and from Minute Maid Park, which runs one hour before and after the game. 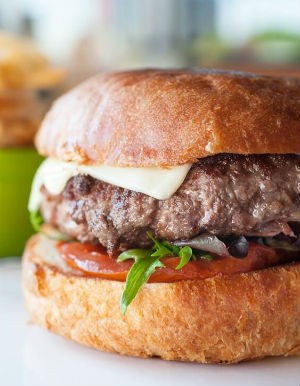 Nothing like a burger and wine.
Photo courtesy of Brasserie du Parc
Basserie du Parc, 1440 Lamar
Look no further than Brasserie du Parc, the downtown concept from Philippe Verpiand of Etoile Cuisine et Bar, for delicious French fare, from steak frites to escargot to coq au vin, and handcrafted cocktails.

Go big and order a large-format punch, shareable by two, like the Happy Accident made with Cognac, rum, lemon, muscovado unrefined sugar, spices, and lager, and score big with the Astros game day special: An eight-ounce burger with fries and a glass of select beer or wine, all for $10. 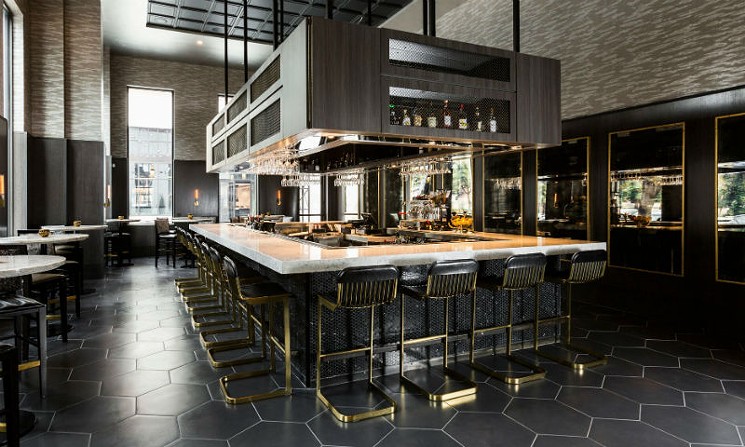 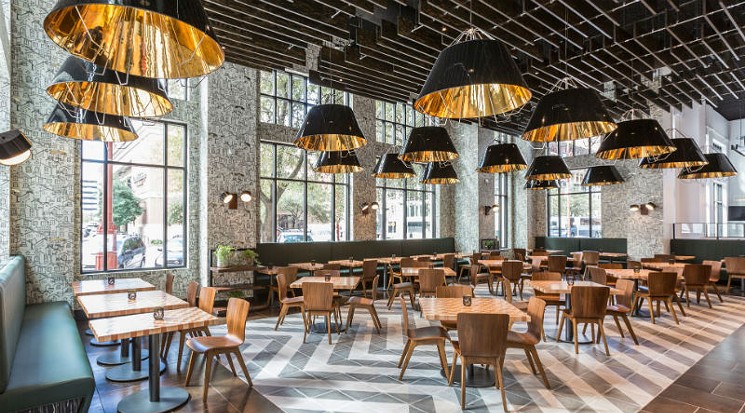 There are $5 deals at Osso and Kristalla at every home game.
Photo courtesy of Osso and Kristalla
Osso and Kristalla, 1515 Texas
Next door at Potente’s sister restaurant, Osso and Kristalla, the kitchen offers salads, sandwiches, wood-oven fired pizzas, house-made pastas and entrées from chicken picatta to grilled salmon portofino, all from chef Trace. The Italian trattoria boasts a roster of $5 deals during every home game. Fill up on Italian sausage hot dogs, meatball sliders, margherita pizzetta, and the likes. Wash it all down with the Astros Screw Ball cocktail, stirred with vodka, orange juice and Blue Curacao. 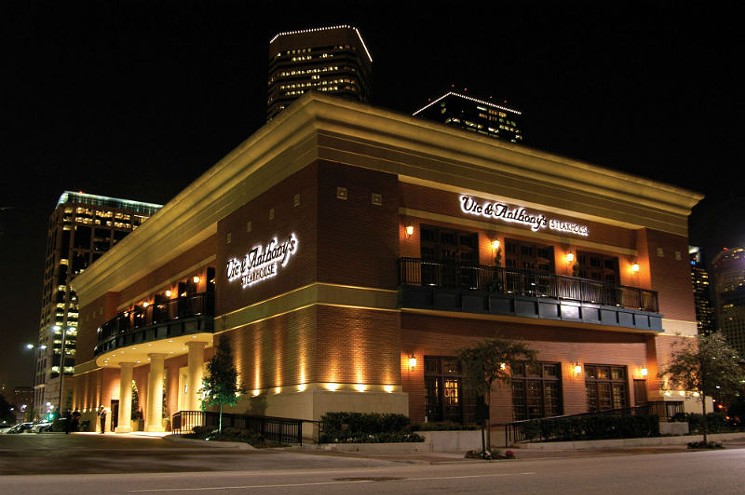 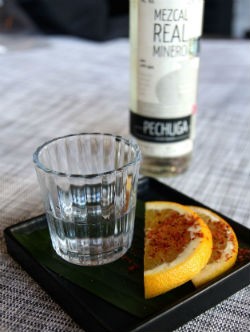 On game days, take advantage of the happy hour deal, which lasts all day long. Save on select beers ($3.50-$4) and wines ($6 by the glass; $22 by the bottle), house-made red wine sangria ($6) and thirst-quenching cocktails ($6-$7) like The Houstonian made with bourbon, praline, vermouth, and Mexican spice syrup.

Dig into bites including Ostiones Asados, wood-roasted oysters topped with mole amarillo, cotija cheese and breadcrumbs ($7 half dozen; $13 dozen). What’s more, make your way through the roster of more than 30 Mexican spirits, from artisan Mezcals to sotol, with a one-ounce pour of each yours for $6 apiece.

Irma's offers extended hours when the Astros are in town.
Photo by Marcy de Luna
Irma’s Original, 22 N. Chenevert
When the Astros are in town, Irma’s Original extends its regular business hours until 7 pm, giving you time to load up on homemade Tex-Mex fare before heading to the game. Offerings include pork tamales with cascabel chile sauce, chiles rellenos stuffed with picadillo (ground meat), enchiladas, and fajitas. Don’t skip the alluring Irma's Limonada, a lime-based lemonade infused with seasonal fruit.

They're all wood-fired up about the Astros at Grotto.
Photo courtesy of Grotto
Grotto, 1001 Avenida de las Americas
If wood-fired pizzas, pasta, and small plates galore, from peppered tuna to butternut squash tortellini, are up your alley (why wouldn’t they be?), hit up the downtown outpost of Italian ristorante, Grotto. More contemporary than the Grotto’s Westheimer address, the sleek space, on the ground floor of the George R. Brown Convention Center, has an expansive outdoor patio with plush seating, fire pits, and TVs so you can catch the pre-game coverage.