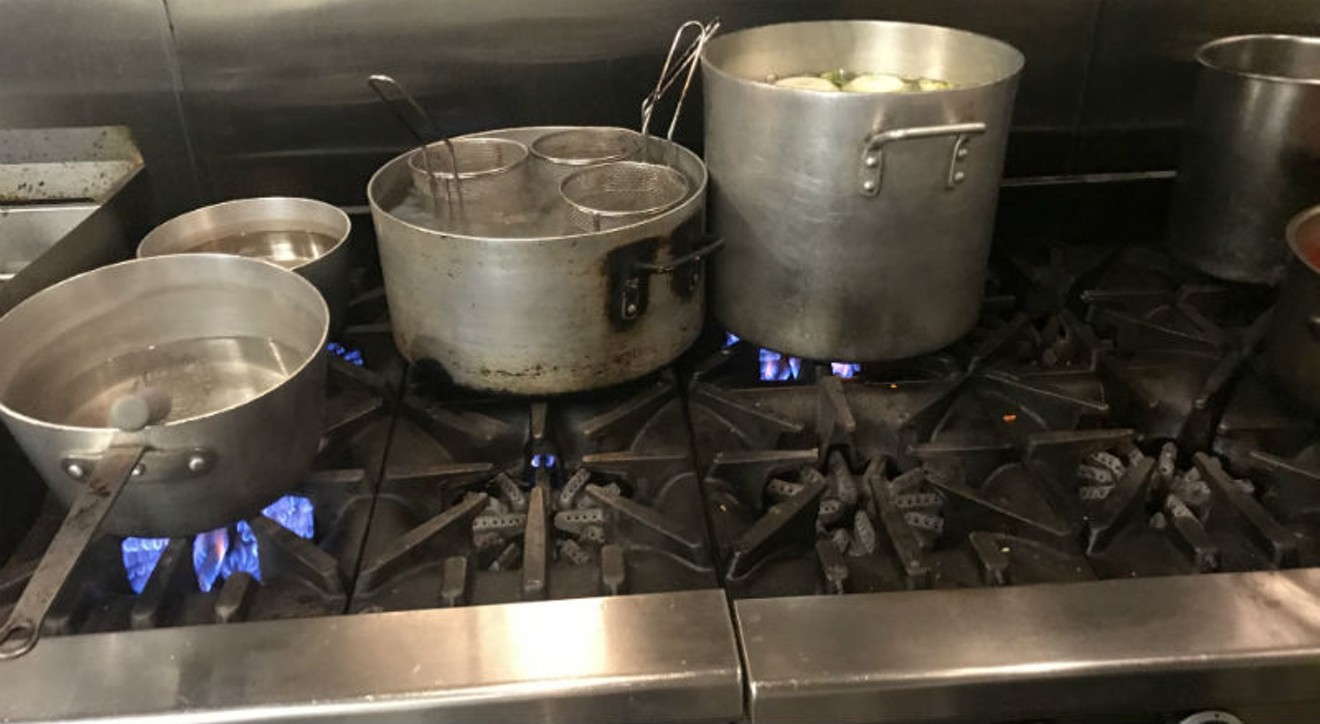 When officials at all levels urge people to stay away from large gatherings in public places, when they list in-depth sanitary measures and urge higher risk individuals to just stay home, they hope to significantly reduce the number of individuals who get sick or die from the COVID-19 virus.

But, their messages are also killing our restaurants and bars.

More than 6,000 people worldwide have already died thanks to the coronavirus, according to Worldometer, an online statistics site.

Food and drink establishments throughout the United States are adapting to empty dining rooms by putting more emphasis on pickup and delivery in order to minimize person-to-person contact.  They are reducing seating capacity and increasing sanitary procedures even beyond the measures set forth by local health departments.

“I’ve never seen anything quite like this before,” says Tony Vallone, iconic Houston restaurateur who has weathered economic depressions, natural disasters, and even personally survived the West Nile Virus in his nearly 55 years in operation. “We are going to do whatever it takes.”

Vallone says he’s seen quite a bit of business in pickup orders and has started delivering within a close radius of the restaurant along with using third party couriers like Favor and UberEATS.

In the restaurant industry—barring future government and/or other handouts—we stand to be the most affected as independent restaurants make up 68 percent of the total U.S. restaurant landscape, according to CHD Expert, a global foodservice data company.

On March 9, after a sharp spike in confirmed COVID-19 cases in Italy,  Italian Prime Minister Giuseppe Conte ordered all restaurants and shops in his country to close, with only the essentials, grocery stores and pharmacies to remain open, effective until March 25.  Spain, who is right behind Italy in the amount of people confirmed to have the virus, followed suit on March 13. France, the same, as of midnight the very next day.

Sunday on NBC's Meet The Press, Dr. Anthony Fauci, director of the National Institute of Allergy and Infectious Diseases and a member of President Trump's coronavirus task force, did not rule out shutting down all bars and restaurants for two weeks.  "You always want to be ahead of the curve," he said.

An article by Peter Sullivan titled “Ohio Health Official Estimates 100,000 People In State Have Coronavirus”  published in the online The Hill on Thursday March 12, estimated a much higher number of cases than what the Ohio Department of Health posted the following day (13 confirmed cases and another 159 people tested and whose laboratory results are pending.)  Ohio Department of Health Director Amy Acton said at a press conference that the slow rollout of testing means the state does not have good verified numbers.

So. The reality is we are living with it.

Of the 600 COVID-19 tests issued by the federal government to the Houston Health Department as of Thursday, March 12, spokesman Porfirio Villarreal stated, “We are nowhere near [using] 600, we have plenty of capacity.” He also stated hospitals and commercial labs would begin testing soon.

However that number may be reassuringly deceiving since the strict criteria used to justify administering the tests has lowered the amount of testing and the potential number of affected individuals.  Private healthcare diagnostic companies like LabCorp and Quest are now offering tests from $50 to $100 —  costs that soon might be covered by insurance companies.

In the coming weeks, the Houston restaurant industry continues to brace for the impact of COVID-19. Support, right now, from Houstonians is imperative.  Restaurant and bar professionals can't work from home. For small-scale operators, the risk of closing and never re-opening is real, is close.

What follows is a compilation of possible solutions, ideas, and resources: that restaurants may employ:

Promote pickup: Offer to take and run credit cards over the phone to minimize contact. Tell the guest you will run the order out to the car. Make sure when handling cash to either use gloves, or wash your hands immediately afterward. Scott Taylor, Ph.D. and Assistant Professor at the University of Houston Conrad N. Hilton School of Hotel and Restaurant Management says, “I love all three of those ideas, I think we should be urging people to use credit cards when possible and if people are willing to give the numbers over the phone.”

The Rainbow Lodge, among many if not all others, are now offering this, and on top of that they are handing out a $20 gift card through April 10 and may extend beyond that date.

Consider transitioning to a ghost kitchen model and/ or put a heavy push on delivery:

A ghost kitchen is essentially a cooking facility that offers delivery-only meals. Third party delivery businesses like Favor and UberEATS can charge a restaurant up to 30 percent on each takeout order, and that’s on top of one-time fees ranging in the hundreds of dollars.

Turning waitstaff into delivery drivers is an option. According to a seasoned, local commercial insurance agent who insures bars and restaurants and declined to be named in this article, here are a few things to consider:

1. What auto coverage does your employee have? Make sure there is no exclusion in the policy for food delivery. Also make sure the minimum is at least 30K bodily injury/60K accident /25K property damage, which is the state limit. You might want the person delivering to have a higher limit, he says.

2. The restaurant needs Hired and Non-Owned Auto Coverage, which when talking with your provider can be added as an endorsement onto existing coverage or you can buy it as a stand-alone policy (more expensive.) Again, make sure there is no exclusion for food delivery. This insurance will sit on top of your employee’s insurance.

3. Make sure you have Worker’s Compensation Insurance. Texas is the only state in America that doesn’t require you have it, but it is also one of the most punitive. If an employee is hurt, and you don’t have workers comp.  all they have to do is prove 1 percent negligence and you must pay 100 percent of their bills.

4. Make sure you have checked your employees' Motor Vehicle Record and licenses,. You could be liable if you “should have known,” and knowingly put them on the road, he says.

In a press release issued Friday, Grubhub, a leading online and mobile food-ordering and delivery marketplace, has announced an “Economic Relief Effort up to $100 Million for independent restaurants and delivery partners impacted by COVID-19.” The initiative will provide “immediate and substantial cash flow relief,” to qualified independent restaurants that make up the existing community and drive more than 80 percent of the company’s orders. Also, they’ve created a fund that will take proceeds from their Donate the Change fund and put it toward charitable organizations that support restaurants and drivers impacted. Let’s hope Favor, UberEats, and Door Dash are not far behind them.

Close temporarily: Like it or not, this reality might hit soon, as we are seeing chefs like Tom Douglas (Seattle) and Danny Meyer (New York) choosing to temporarily close their restaurants to weather the storm after a significant decrease in business. In China, after implementing heightened sanitization and social distancing procedures, on March 5 Starbucks announced that 90 percent of their stores are open again.

ATTN Influencers: now is the time to where you must offer your craft for free. Volunteer to pay and spread the word.

Restaurants don’t need to offer price incentives, and customers should offer to pay full price: The severe drop in business is fear-based, price incentives don't have the draw they usually do, restaurants need to save their money. We are quickly entering, if not have arrived, crisis mode. ATTN Influencers: now is the time to where you must offer your craft for free. Volunteer to pay and spread the word.

Inquire about rent forgiveness with your landlord: Soon there will be resources popping up from the government and city alike, if not already, but if you don’t directly ask your landlord, you’ll never know. Landlords, consider your costs, what you can accept, but consider thousands of those like you in the same position and what the impact of losing these tenants will be on a larger scale.


Southern Smoke Emergency Relief Fund: The Emergency relief fund application focuses on applications submitted by individuals. They can be submitted on the Southern Smoke Foundation website and a response is given 1-2 business days after, though often it's as immediate as hours later. The application is available in English, Spanish, and Vietnamese upon request.

Set to take place on March 28, Southern Smoke Spring, which entailed a goat-inspired dinner featuring fellow James Beard Awarded chef Stephanie Izard as well as a Caribbean Carnival after party has since had to be cancelled out of consideration of the City of Houston's state of emergency.  The fundraiser was projected to raise $200,000 for the emergency relief fund.

Executive Director Kathryn Lott says in regards to the coronavirus, the Southern Smoke Foundation is working business as usual assessing each and every crisis and that the application, anonymity, and vetting processes are still very much strong and in play.

To date, James Beard award-winning Chef Chris Shepherd’s vision to "take care of our own," so far has awarded 1.6 million dollars to individuals as well as organizations that represent the needs of the people in the restaurant industry.


Keep your head up, Houston. And your hands off your head.
KEEP THE HOUSTON PRESS FREE... Since we started the Houston Press, it has been defined as the free, independent voice of Houston, and we'd like to keep it that way. With local media under siege, it's more important than ever for us to rally support behind funding our local journalism. You can help by participating in our "I Support" program, allowing us to keep offering readers access to our incisive coverage of local news, food and culture with no paywalls.
Make a one-time donation today for as little as $1.