Tales From The Top Shelf: Port 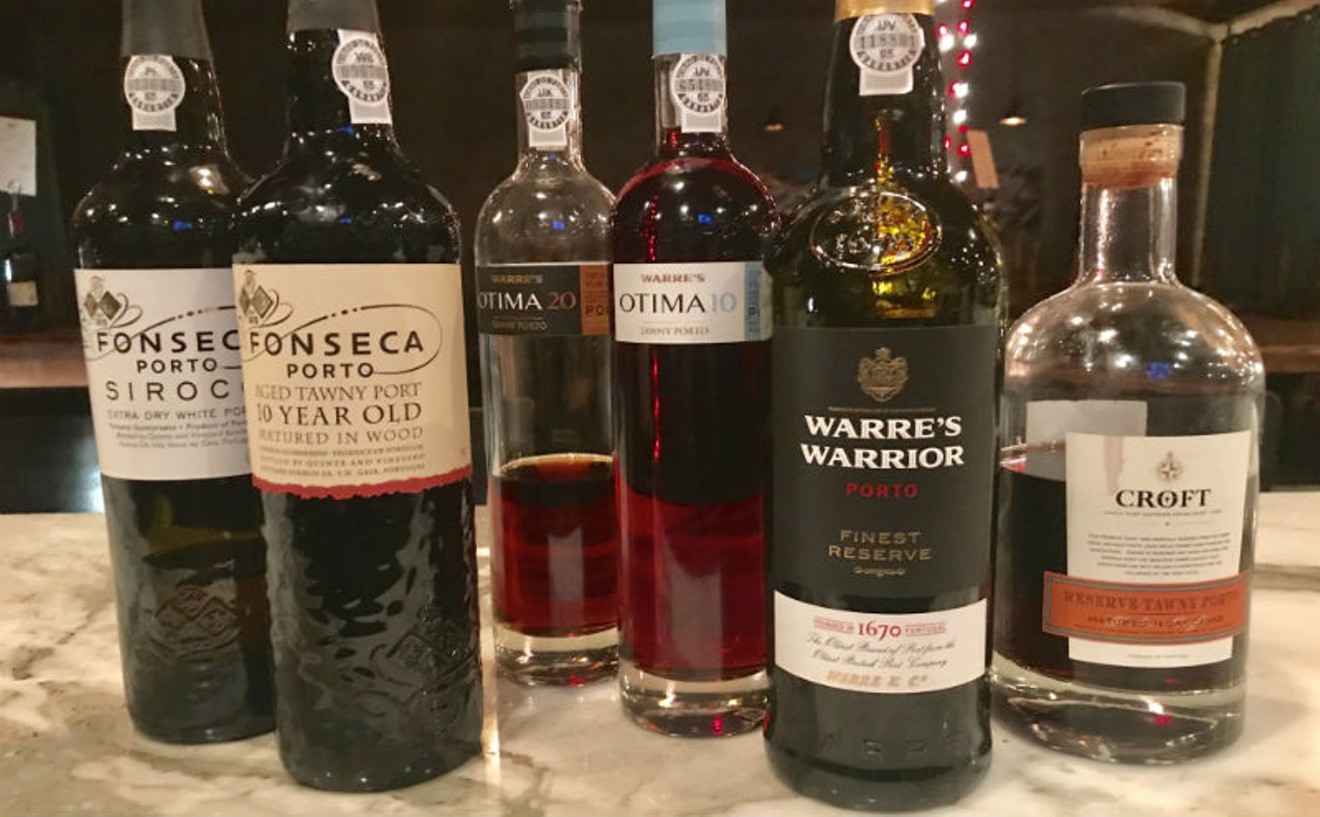 Port: an after dinner classic. Photo by Kate McLean
“Why's it so hard to get our drink on?” the English wondered in the 1600s. The French didn’t want to be best friends anymore, in fact, they had become enemies, which meant no more Bordeaux. It was too cold to grow their own grapes, make their own wine. They could always bully the Scots and the Irish into handing over their whisky, but there’s no fun in that. And then every time they tried bringing wine home from their new best friends, the Portuguese, it would spoil. It was pretty much the worst day ever for the English.

Luckily, a pair of young brothers involved in the frantic effort to source wine, stumbled upon an old monastery serving up some pretty delicious juice. It was sweeter than other wines in the region and a tad stronger too. “I added a little brandy,” the Abbot said with a hiccup. And the rest is history—so they say.

Port, a fortified wine, is widely thought of as one thing: sweet. While the majority of Port is "tawny," aged for decades, and therefore sweeter— it isn’t cloying. In a taste, or several, the first flavor is concentrated sweetness; caramel, butterscotch, followed by fleeting tannins from years spent in wood barrels, and finally an oxidative finish. Port makes a great conclusion to dinner and is always a classy holiday gift.

There are two styles of Port: those aged in wood and those aged in bottles. The most common are those aged in wood, which lends a nutty sweetness to the spirit. To be classified as “tawny” it must be aged in a barrel for at least three years, though it really gets tasty around ten, 20, and 30 years old.  While Port is initially a product of crushed, fermented grapes added to a vat of grape-based spirit, the blending doesn't stop there. It's very common for Port to be blended again with others around the same age or older in order to reach the desired flavor.

“Colheita” is bottle-aged Port and very special indeed. It’s typically labeled with a year, and is referred to as “vintage."  Only the years that produce the best harvest are deemed suitable for “Colheita.”

Ruby Port is made to drink young, because who wants to wait a decade to drink wine. Think, berry fruitiness and notes of chocolate. Ruby Port can also be aged and labeled as vintage.

White Port is delicious—it has pronounced citrus notes and while it’s not necessarily “rosé” status, fits in quite nicely to an afternoon all the same. Served over ice with a few splashes of tonic and a healthy squeeze of lime juice and you’re good to go. White Port can also be aged.

Port can only be made in Portugal and from grapes grown in the Douro Valley. Touriga Franca, Touriga Nacional, Tinta Roriz (aka Tempranillo), Tinta Barroca, Tinta Cão, are the most common of the indigenous varietals.

Taylor’s, Warre’s, Graham’s, Sandeman, Dow. A lot of these old Port houses sound English, don’t they? To reiterate—back then finding suitable drink was hard to do. When they finally discovered the solution to their problem in fortified wine, you can be damn sure they weren’t going to outsource the task.

For the longest time, Port and cigars was regarded as a "gentleman only" treat after dinner.  Record scratch to present day and, as a woman, I can't think of a sexier move to suggest to your dinner mate.  Perhaps you share one, eh? Pappas Bros Steakhouse is, hands down, the best place to enjoy both.

“Port is so comforting during the holidays and always seems to appear on the table after Christmas dinner at my parent's house. But Port is more than just for special occasions; from the history, to the different vintages and styles. People forget how versatile and delicious Port can be. White Port and tonic on the rocks is so refreshing to sip on in the afternoon and then a Tawny Port to finish off a big meal always satisfies.”

Oporto Fooding House is another good place to catch a taste. They offer a “Century of Port” flight of Graham’s 10, 20, 30, and 40-year-old for $25. They too plan to add more to their selection in the following weeks.

Here is a fun historical fact, as told by Port-lover and part owner of Enoteca Rossa, Brian Brossa:

“Back in the day, since vintage Port takes a while to mature— when little baby Kate was born, lord uncle Brossa would gift her with 20 cases of the spirit; knowing that when she was of drinking age, those Ports would be ready to drink. Once little baby Kate grew up, she could drink her birthday Port for her whole lifetime.”
KEEP THE HOUSTON PRESS FREE... Since we started the Houston Press, it has been defined as the free, independent voice of Houston, and we'd like to keep it that way. With local media under siege, it's more important than ever for us to rally support behind funding our local journalism. You can help by participating in our "I Support" program, allowing us to keep offering readers access to our incisive coverage of local news, food and culture with no paywalls.
Make a one-time donation today for as little as $1.