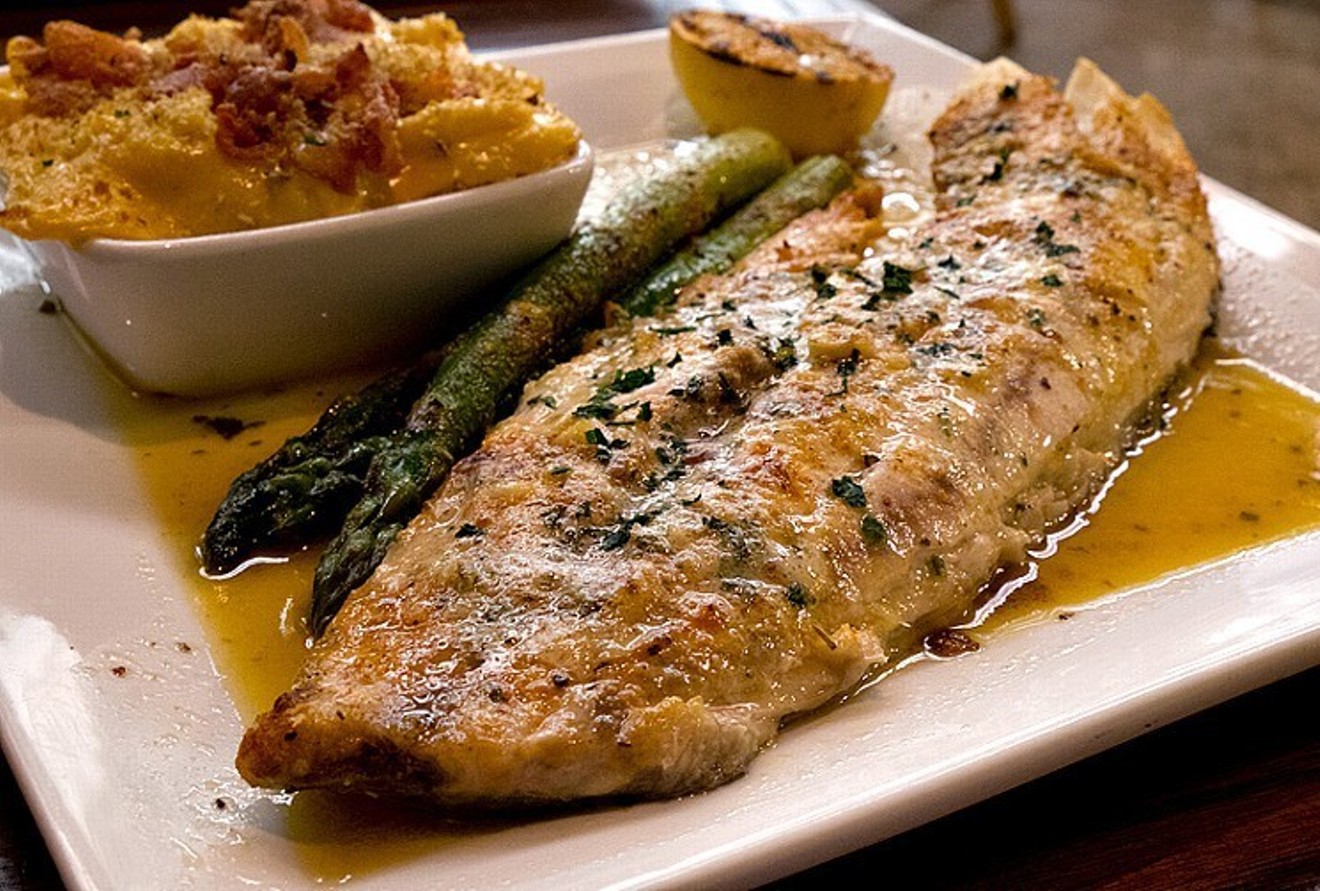 Check out island-style spots like BLVD Seafood during this year's Galveston Restaurant Week. Photo by Phaedra Cook
Mark your calendars, because you don’t want to miss these deliciously fun culinary happenings:

Galveston Restaurant Week returns to the island, running Saturday, January 25 through February 9 and raising funds for the Access Care of Coastal Texas, which provides weekly lunches to persons with HIV or AIDS. This year, participating restaurants include spots like Blake’s Bistro, BLVD Seafood, Café in the Park, Gaido’s, Grotto, Gumbo Diner, Hearsay, Katie’s Seafood House, Number 13 and more. Two and/or three-course dinners are priced between $20-$35; and two-course lunches, breakfasts and brunches will cost between $10-$20.

On Monday, January 27, veteran food writer and cook Pableaux Johnson will be bringing the time-honored tradition of Red Beans and Rice to Houston, offering a hearty supply of the legendary Camellia Brand Red Beans–the oldest and most respected dried bean company in the country—at a special dinner at Brennan’s, 3300 Smith. Hosts Alex Brennan-Martin, and executive chef Joe Cervantez, will be collaborating with Johnson to create a family-style feast, beginning with a cocktail gathering at 6:30 p.m., followed by a sit-down, three-course supper at 7 p.m. In addition to red beans and rice, guests can expect tastes from fried boudin and New Orleans shrimp remoulade to Creole bread pudding. The prix fixe dinner is paired with a wine for $55 (plus tax and gratuity).

On Wednesday, Jan 29 from 6:30 to 9:30 p.m., Brasserie 19, 1962 West Gray, will introduce executive chef Steven Chou at a special dinner. Chou joins the team with Michelin starred experience including the two Michelin starred The Modern and one Michelin starred Public, plus restaurants in Hong Kong and Malaysia. Guests can enjoy six-courses with wine pairings for $125 per person, with dishes including Roasted Trumpet Mushrooms, Chorizo Crusted Cod and a French classic Pear Frangipane Tart.

Continuing its series of neighborhood collaborations celebrating the talent and diversity of the Heights, Cane Rosso, 1835 North Shepherd, pairs up with The Heights Grocer to offer a fun wine dinner on Thursday, January 30 from 7 to 9 p.m. Diners can enjoy a three-course dinner of off-menu items that goes beyond pizza — think roasted beet carpaccio, Calabrian fried Texas quail and beef cheek ragu with brown butter gemelli; and dish will be y paired with honest, approachable wines from The Heights Grocer. Tickets are $50 per person and include tax and gratuity.

JQ's Tex Mex BBQ will be one of the three pitmasters at this year's Super Beef Sunday.
Photo by J.R Cohen
The seventh annual Super Beef Sunday will take place in the Beer Hall at Saint Arnold Brewery, 2000 Lyons, on Sunday, February 2 from 11 a.m. to 2 p.m. Guests can feast on smoked deliciousness from three top bbq spots, including Louie Mueller Barbecue, Reveille Barbecue Co. and JQ’s Tex Mex BBQ (arrive by 12:30 p.m. to guarantee eats from all three spots. Tickets are $50 per person and include tastings from all three pitmasters, beer and a commemorative pint glass. The event is known to sell out, and no tickets will be sold at the door.

On Monday, February 3, chef Austin Simmons will team up with chef Stefano Ferrero for its next CollaborEight Dinner Series at TRIS, 24 Waterway, beginning at 6 p.m. Cost is $200 (including tax and gratuity) for an eight-course chef tasting with wine and beer pairings.
KEEP THE HOUSTON PRESS FREE... Since we started the Houston Press, it has been defined as the free, independent voice of Houston, and we'd like to keep it that way. With local media under siege, it's more important than ever for us to rally support behind funding our local journalism. You can help by participating in our "I Support" program, allowing us to keep offering readers access to our incisive coverage of local news, food and culture with no paywalls.
Make a one-time donation today for as little as $1.