Reviews For The Easily Distracted:
The Gentlemen 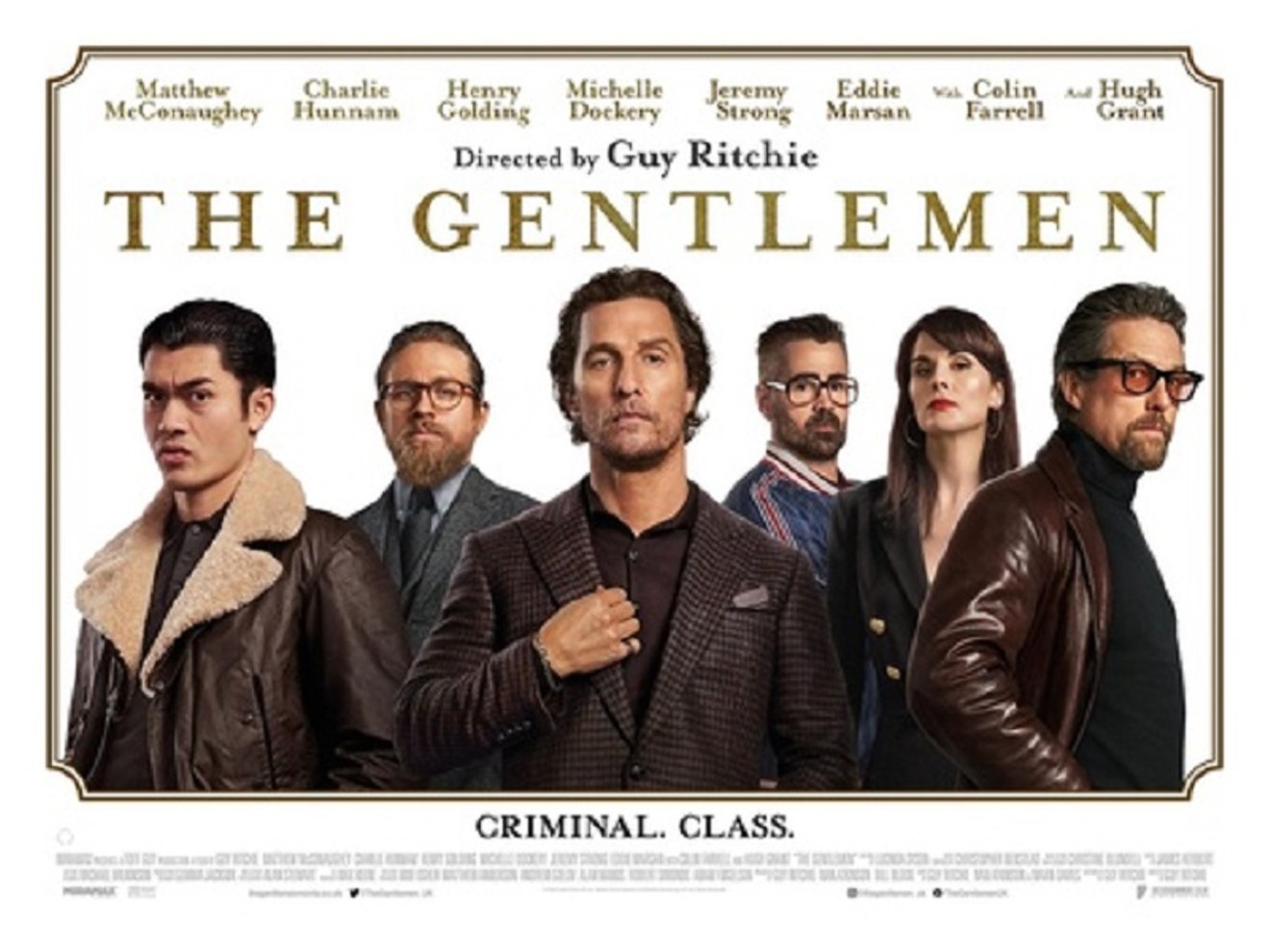 Describe This Movie In One Dazed and Confused Quote:

WOODERSON: Say man, you got a joint?
MITCH: No, not on me, man.
WOODERSON: It'd be a lot cooler if you did.

Rating Using Random Objects Relevant To The Film: 2 parachutes out of 5.

Not So Brief Plot Synopsis: American expat Mickey Pearson (Matthew McConaughey) is ready to sell his lucrative British weed empire. And though he's found a prospective buyer in Bezos-esque fellow American Matthew Berger (Jeremy Strong), there's pressure from "Dry Eye" (Henry Golding) an interested party who may be representing Chinese concerns. While all this is going on, private investigator Fletcher (Hugh Grant) is making his case to Mickey's right-hand man Raymond (Charlie Hunnam) that the gangster should pay him $20 million.

"Critical" Analysis: The Gentlemen is a return to form for Guy Ritchie, with all that implies.

The director last took us to the mean streets of London in 2008's RocknRolla (*present day* London, the Sherlock Holmes movies don't count). In the interim, he's dabbled in fashionable espionage (The Man from U.N.C.L.E.), medieval tales (King Arthur: Legend of the Sword), and ... whatever the hell Aladdin was supposed to be.

With its menagerie of gangsters, geezers, and gadflies, The Gentlemen is familiar territory for fans of Snatch and Lock, Stock and Two Smoking Barrels. It also isn't, for while the years spent off the reservation have given Ritchie a surer hand, they've also softened his outlook and diluted the end results.

The Gentlemen may flow more smoothly than Ritchie's previous efforts, but though the jerkier transitions and overt Tarantino ripoffs may be gone, so too are the colorful characters we've come to look forward to. There's no Bullet-Tooth Tony or Boris the Blade and their attendant idiosynracies. In their place are the "struggling" landed gentry whom Mickey supports with his pot infrastructure, which includes a subplot about the wayward daughter of a noble family Ritchie expects us to care about.

Referring to any of these characters as "gentlemen" is meant to be tongue-in-cheek, of course. Mickey's rise to the top of the "Puff World" is facilitated by at least two machete murders, while Hunnam's violence is barely restrained by the trappings of polite society (though he's much less menacing than similarly outfitted henchmen like Martin Balsam's Leonard from North by Northwest), while Dry Eye is a backstabber and attempted rapist.

Lady Crawley has had enough of Edith's bullshit.
STXfilm
It's not clear what purpose casting the normally charming Golding in the role of primary antagonist serves. Dry Eye is little more than an ambulatory sneer, and serves as the primary focus for the script's throwaway racism. He's referred to as a "duck-eating cunt," for example, and his adjutant is named "Phuc," with all the quote-unquote hilarity that implies.

We won't get into the exhausting exchange where Colin Farrell's "Coach" explains to a fighter named Bunny (Chidi Ajufo) why being referred to as a "black cunt" is actually a term of endearment. Or what "Bunny" is short for.

Maybe it would be more palatable if anything was thrown back at the white characters. Hunnam's scraggly beard makes him look like he wandered off the set of Vikings, for starters. And McConaughey (giving less effort here than in his Lincoln ads) is an American, for crying out loud. Surely Dry Eye could've thrown in a crack about Trump or Type 2 diabetes.

If there's a reason to recommend The Gentlemen, it's Grant, whose Fletcher is a study in leering innuendo and unearned swagger. He's clearly overjoyed to leave the "stammering toff" phase of his career behind (see also Florence Foster Jenkins, Paddington 2). He spends over half the film one-on-one with Raymond (most of the story is presented speculatively by Fletcher), who looks like he can't believe his ears.

Beyond that, there ain't much. Ritchie manages a few laughs (again, almost all courtesy of Grant) and it's nice to see Michelle Dockery pulling a complete 180 from Downton Abbey. Farrell is also perhaps the most classic "Ritchie-esque" character, and does fine with what he's given. Otherwise, stick with the Afghan Whigs.
KEEP THE HOUSTON PRESS FREE... Since we started the Houston Press, it has been defined as the free, independent voice of Houston, and we'd like to keep it that way. With local media under siege, it's more important than ever for us to rally support behind funding our local journalism. You can help by participating in our "I Support" program, allowing us to keep offering readers access to our incisive coverage of local news, food and culture with no paywalls.
Make a one-time donation today for as little as $1.