Space might be the final frontier, but it and the 50th anniversary of the Apollo lunar landing have served as inspiration for more than a few art shows this month. Texas Art Asylum is hosting "Cosmic Perspective" with celebrations of TV's Lost in Space, portraits of Neil deGrasse Tyson and Carl Sagan, and sci fi themes — but no Star Wars as "they have their own show." Over at Sawyer Yards, there's an "Out of This World" event on the second Saturday with space-themed fitness offerings, projections of the solar system in the train shed, clips of the moon landing on the Riviana Rice silos, and outer space photo opps throughout the studios.

Remember that Houston family that filmed themselves tearing up their house to build a rocket ship in their back yard, then took home the win for Higher Ground in 2015's CineSpace competition? Hillerbrand+Magsamen are back, sharing that film along with photos, objects and merch in "Higher Ground (Relics of a Mission)" at FotoFest. Over at the Museum of Fine Arts, Houston, curators have raided the vault for iconic space, moon and launch objects including a projection of Cassandra C. Jones's Wax and Wane video, a recreation of Buzz Aldrin's first footprint on the moon, and Ansel Adams's Moonrise, Hernandez, New Mexico.


If she sells seashells by the seashore, then we can seesaw through summer with the luminescent "Impulse." Powered by motion and imagination (as seen in the above video), participants will become musicians and artists via responsive sound and light along Avenida Houston.

For something completely meta, check out Icelandic artist Ragnar Kjartansson's The Visitors, shot in a single take with nine cameras filming musicians in nine different rooms as they collectively sang the poem, Feminine Ways. That opens at MFAH later in July, filling the gallery with harmonies and immersing visitors in the presentation.

Savvy collectors know to hit up Archway Gallery's annual Juried Competition, giving us a look at works by area artists whom we wouldn't normally see at the gallery. This year's juror is artist Penny Cerling who has the tough job of winnowing the entries; making our task easier of perusing the best of the best with sales supporting New Hope Housing. Then hop over to The Jung Center to view works by next-gen artists at the Kinder HSPVA group show.

If you didn't catch Gus Kopriva's concurrent shows over at Redbud Gallery, they're still up through the end of August. Years ago Kopriva asked The Menil Collection's Walter Hopps, "Who should I collect?" and his advice was the undervalued and under-appreciated female Surrealists; view select works on paper in the east gallery. Next door in the west gallery Kopriva is showing a few pieces that haven't been seen before in Houston: a diptych by Julian Schnabel, works by Ben Culwell and Amita Bhatt, and a "glistening hanging hare" by Emily Cheney.

If you're planning a road trip this summer — we've got some great recommendations for water holes and lakes — then hit up Austin's Central Library to view photos taken by Elizabeth Chiles during the drought of 2013 and then again five years later, when the Colorado River was experiencing historic flooding. Staying in town? Driving Allen Parkway between Waugh and Montrose will net a glimpse of Justin Brice Guariglia's LED "We Are the Asteroid III." And if your budget won't allow a vacation, but you want your social media feed to look like you've been chilling out in an igloo or stealing unicorn kisses, then head to Sugar Land Town Square for the hottest new pop-up experience, courtesy of SLTX Studio. 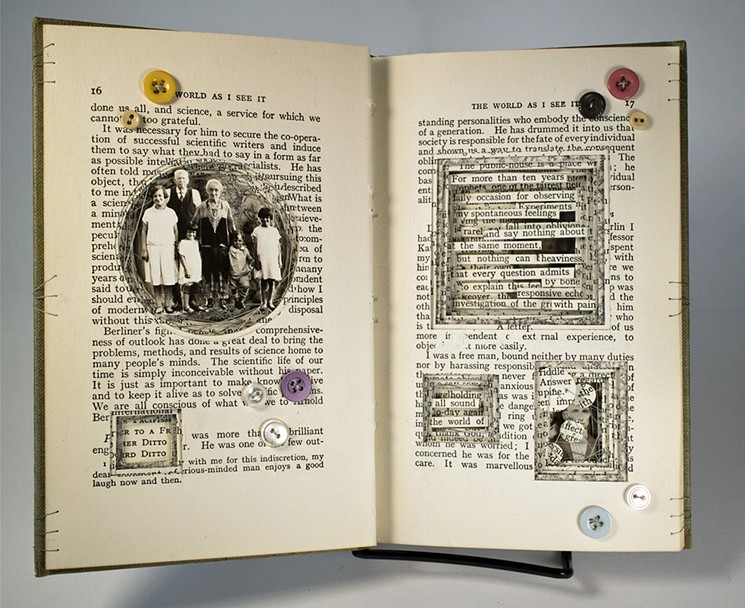 Shows Already Up or Opening the Last Week in June:

Through July 20, Daniel Heimbinder, "So It Will Be;" Bill Brown + Sabine Gruffat, "Flicker Futures;" Kasey Short, "Sustainable Lifeguard Chair Chicken Coop (SLICK);" and Tijay Mohammed, "Ubuntu: I am because we are;" Art League Houston, 1953 Montrose

Through September 1, Justin Favela, "All You Can Eat," and Tiff Massey, "A Different World," Houston Center for Contemporary Craft, 4848 Main 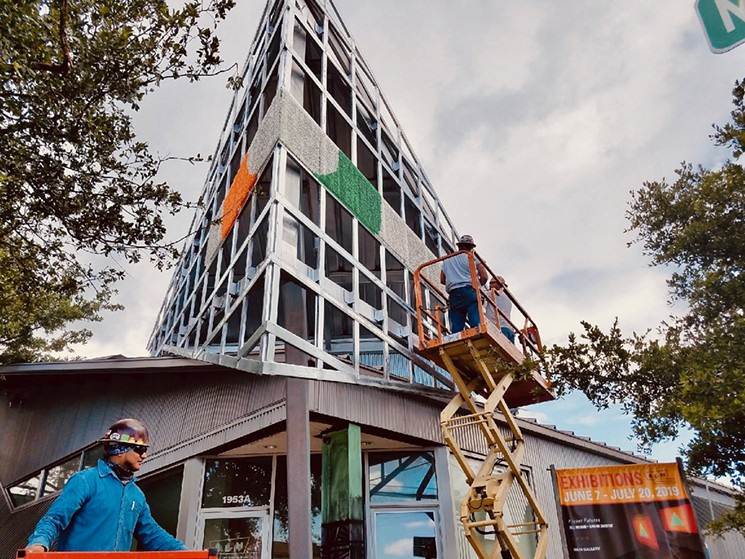 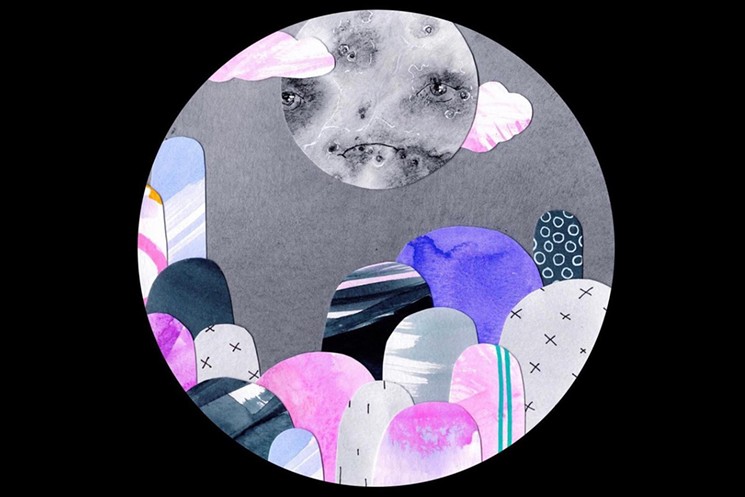 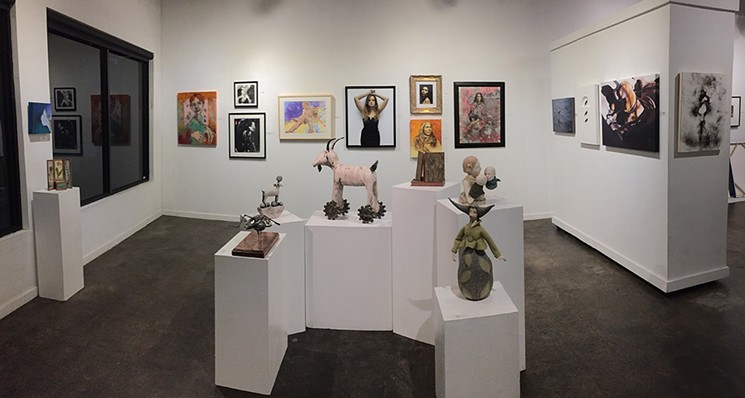 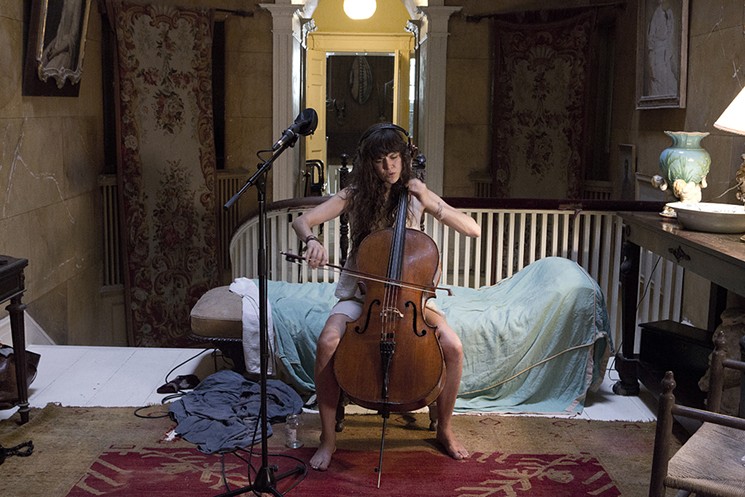 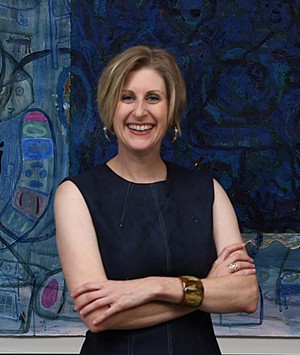 Gallery owner Nicole Longnecker.
Photo by Jack Opatrny
Gallery row's loss is east Heights' gain. After more than 100 exhibits in six years at its gallery space on Colquitt, Nicole Longnecker Gallery is heading to new digs in the ALARA Garage complex, guaranteeing that our parking woes will now be a thing of the past. For those not familiar with the venue on West 11th in the Heights/Cottage Grove district, the garage complex owned by pro racer Ara Malkhassian sells and maintains high end automobiles and hosts a variety of events throughout the year. Mark your calendar for Nicole Longnecker Gallery's opening reception on October 5 at 3233 West 11th. 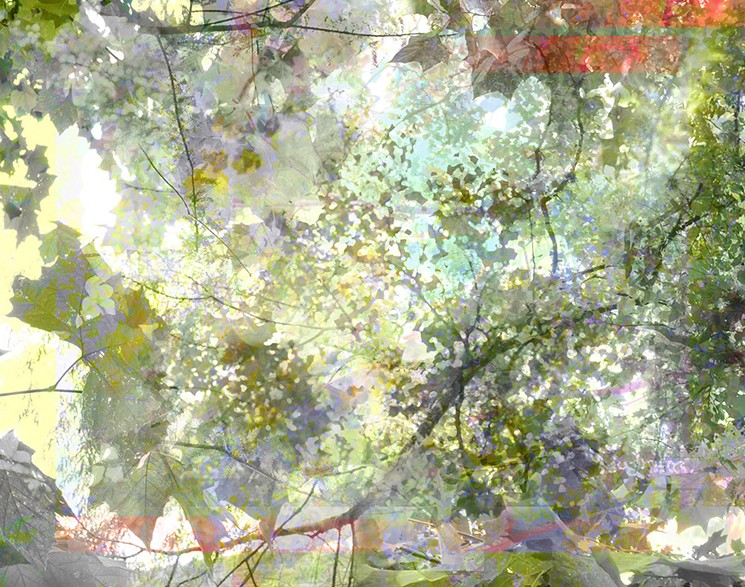 July 16-August 16, Elizabeth Chiles, "On Water," Austin Public Library, Central Library, 710 West César Chávez, Austin (opening reception 7-9 p.m. July 19)
KEEP THE HOUSTON PRESS FREE... Since we started the Houston Press, it has been defined as the free, independent voice of Houston, and we'd like to keep it that way. With local media under siege, it's more important than ever for us to rally support behind funding our local journalism. You can help by participating in our "I Support" program, allowing us to keep offering readers access to our incisive coverage of local news, food and culture with no paywalls.
Make a one-time donation today for as little as $1.