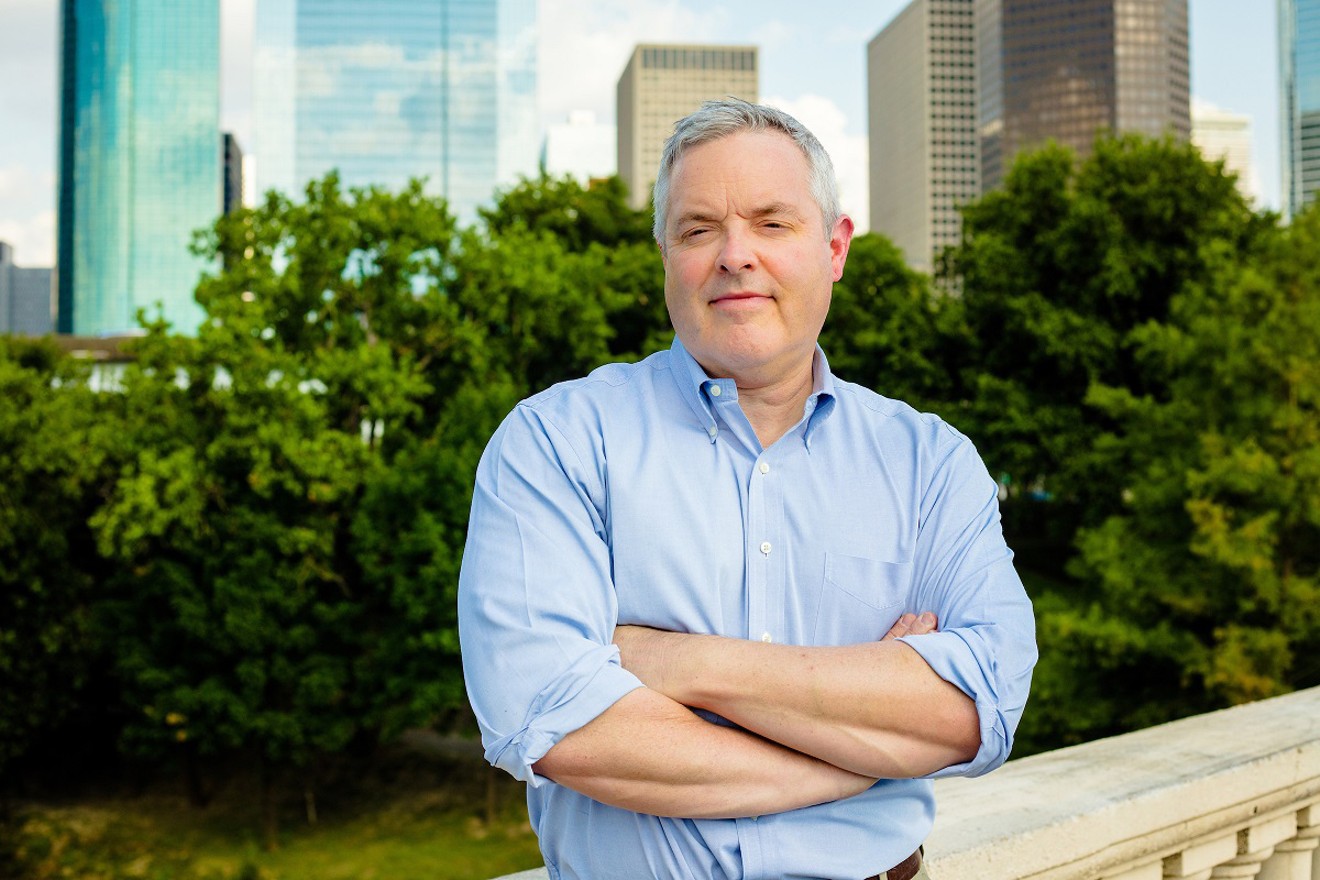 Many readers know of Peter Vonder Haar for his movie and concert reviews; the author is now out with his first novel, Lucky Town. Photo by Violeta Alvarez
With James Patterson's transformation into basically a co-author and the 2017 death of Sue Grafton ("L" is for Lawless), there's a need for more good mystery writers. But when the latest author to enter the arena is a Houstonian, with a thriller set in Houston, Galveston and The Woodlands, it's time for some hometown pride. 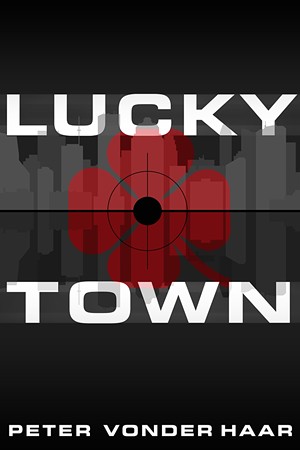 Cover design and art by Jami Anderson.
Book jacket artwork courtesy of Peter Vonder Haar
His first novel, Lucky Town (Clarke & Clarke Mysteries Book 1), stars 36-year-old brother and sister twins Cy and Charlie Clarke, private investigators trying to track down their missing brother who has been named a person of interest in a murder at the Department of Homeland Security.

Vonder Haar gives us everything we look for in a good mystery: salty language, well-developed characters, a harrowing climax and a formula that lends itself to sequels and even a prequel.

Written from the viewpoint of Cy, Vonder Haar employs authorial intrusion, "you didn’t think we were taking my POS all the way out to my mother’s, did you?," referring to the 1998 Corolla the protagonist bought in high school. Later on Cy's character speaks to the reader, "Really, I'm not sexist," and then, after having his point proven, returns with, "Told you I wasn't sexist."

His descriptions of the characters Cy meets along the way are far more telling than tall white male with brown hair: "Bigger guys tend to put too much faith in their size, which can lead to a mouth overdraft of their ass’s checking account," and "He pumped my hand with the kind of crushing grip affected by politicians with undisclosed sex scandals. I disliked him immediately" are a few examples.

Cy and Charlie have four brothers, and Vonder Haar is adept at realistically portraying dysfunctional family dynamics. In one moment the siblings are shooting the finger at each other; in the next they're all rallying to help their mom, who has retired to The Woodlands. The book also shows how, even when we're privy to every intimate detail about our siblings in childhood, as adults we don't always know everything about their personal and professional lives.

Vonder Haar gives depth to every member of the family, a device that not only works well for this novel, but also opens up possibilities for future iterations in the "Clark & Clarke mysteries" franchise. We could easily see him writing from each of the siblings' points of view in subsequent novels. Charlie went into the Peace Corps after college and is a whiz at white hat hacking; older brother Jim is "with the state department" but is he really with the CIA, M16 or Interpol? Heck, even mom — the sports fan who named all her children after major league pitchers who have thrown perfect games — earned a Bronze Star in Vietnam, cracking the door for a prequel.

It's a fast-paced read, with bad guys doing bad things to Cy and Charlie over a 48-hour period. Houstonians especially will enjoy all of the local references: Rudz, Bottoms Up, Anderson YMCA, Minute Maid Park, though there are segments to gloss over when Vonder Haar laboriously explains what Loop 610 is and why the Port of Houston isn't on the coast. We won't give too much away, but Buffalo Bayou plays a role in a thrilling climax that has us on the edge of our seats.

Vonder Haar also pokes the bear a bit, with mentions about corruption within HPD and somebody with mob ties opening up an entertainment district in Galveston; he also introduces current events with references to cartels, human trafficking and the aftermath of Hurricane Harvey.

For those familiar with Vonder Haar's work, it's no surprise that this film critic who holds interest for even the most easily distracted among us has used movie titles to yield clues from beyond and move the action along. See if you could pick up what the missing brother was trying to say with When a Stranger Calls, 48 Hours, My Blue Heaven and Enemy at the Gates.

There are a couple of irksome moments: why was Cy dropping fifty bucks for a car jump when he has AAA, and why does he promise to buy a "fast and loose" lieutenant a drink at Warren's, but then lets the cop settle up with the bartender himself? Tiny, insignificant details, to be sure, and completely forgivable in exchange for 357 pages of reading pleasure.

Lucky Town ends with a satisfying epilogue, giving readers closure for the characters they've come to know and love, advancing their individual storylines further and introducing just enough meat to make us hungry for Book 2 in the series.

Lucky Town (Clarke & Clarke Mysteries Book 1) is self-published and is available on Amazon's Kindle store.
KEEP THE HOUSTON PRESS FREE... Since we started the Houston Press, it has been defined as the free, independent voice of Houston, and we'd like to keep it that way. With local media under siege, it's more important than ever for us to rally support behind funding our local journalism. You can help by participating in our "I Support" program, allowing us to keep offering readers access to our incisive coverage of local news, food and culture with no paywalls.
Make a one-time donation today for as little as $1.