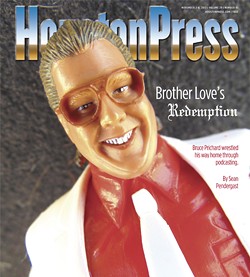 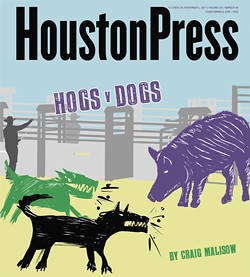 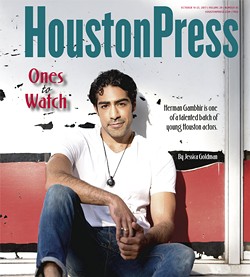 The Houston Press is an independent digital publication whose small but scrappy staff of journalists have covered the Houston stories that other media outlets ignore since 1980.

From the day we were founded, the Press has been free to our readers. We remain dedicated to providing our reported local journalism to everyone at no charge, regardless of their financial status.

How can we do it? We've always relied on advertisers to generate the revenues that make our rent and pay our staff. Most of those advertisers were local mom 'n' pops, and their support meant we were able to give our newspapers away. We've never put up an online paywall, either.

That advertiser-supported model worked very well for a very long time, helping us endure severe economic downturns from the recession of the early 1980s to the crash that followed 9/11 and the Great Recession of 2008. We were able to bounce back from those setbacks because as local businesses recovered, they started advertising again and we all made it through.

Through it all, the Press has always embraced change. In the late 1990s, we were among the first alt-weeklies to commit to digital journalism, restructuring our workflow to publish stories web-first. That decision turned us into something we'd never been: a daily newsroom. Through the aughts, we continued to build up our online presence, publishing multiple stories each day about local news, music, arts and food. For the first time, we were competing against the Houston Chronicle and the city's TV stations for breaking news -- and often winning. Our progressive approach to social issues allowed us to lead the way on issues such as immigration and education.

Another change occurred in 2013, when a group of longtime employees purchased the Press' parent company from its original owners, whose success in Phoenix had led them to build the nation's largest chain of alternative weekly publications. Faced with an array of challenges posed by a bruising business environment for media organizations, the new company, Voice Media Group, set about shoring up pillar publications like the Press, rededicating itself to their success and their survival. Several out-of-state publications were sold, and a new digital marketing agency was created to help generate new revenue streams. Of course, there have been setbacks along the way. The Press was forced to discontinue print operations following Hurricane Harvey in 2017, but that only made us more determined to embrace a digital future. A commitment was made to distribute our journalism widely on social media platforms, engaging readers where they lived.

One result of the Press' forward-looking approach was a growing number of readers who didn't necessarily live in Texas but appreciated what we were doing. Whereas in the early days of print our distribution was limited to Houston -- thanks to those eye-catching red-and-yellow newsracks! -- our stories were now available to anyone with an internet connection. Some of these readers were Lone Star expats longing to read about their hometown. But many were people whose connection to our journalism was more gut-level than it was geographic. Just like our loyal hometown supporters, they were drawn to our pointed coverage of hot-button political issues, our freewheeling approach to writing about pop-culture, our sophisticated understanding of the city's ever-evolving restaurant scene, and our irreverence and willingness to highlight this city's most creative spirits.

Innovation stems from talent. And talent is one thing the Press has always had in abundance. From the start, we've hired a special breed of reporter. Our music and arts sections have long offered the city's sharpest perspective on Houston culture thanks to writers like Jef Rouner and Bob Ruggerio. We introduced the world to Shea Serrano, who started his career writing for our music section before becoming a New York Times best-selling author and podcast host for The Ringer. Shea later did us a solid by encouraging his Twitter following to support our membership drive, and they responded with a remarkable outpouring of generosity.

For more than two decades we've been nationally known for our coverage of the Houston restaurant scene thanks to writers like Robb Walsh, nominated for more than half a dozen James Beard Journalism Awards during his ten years with the Press. Our hard-hitting sports coverage from Sean Pendergast and Jeff Balke gets Houston fans talking. And over the years our news reporters -- people like Meagan Flynn, Bob Burtman, Dianna Wray, Chris Vogel, Randall Patterson and Craig Malisow -- have regularly taken home national and regional journalism awards. The rest of the media world has taken notice of our ability to develop talent. Three Press staff writers have been finalists in the Livingston Awards, the country's most prestigious honor for young journalists. Former Press managing editor and calendar editor Lauren Kern went on to become executive editor of New York magazine and is now the editor of Apple News. Former news writer Mike Giglio went on to Newsweek and Buzzfeed and is now a staff writer at The Atlantic. Former arts and news writer Shaila Dewan now covers national criminal justice issues for the New York Times. And in recent years, two former Press writers have hired on at the Washington Post, including Terrence McCoy, who was still a writing fellow for the Press when he was awarded the national Sigma Delta Chi award for feature reporting in 2012.

The State of Media Today

For several years now, media organizations large and small have been hit by a perfect storm of financial pressures. As readers shifted from print to online, advertising rates dropped steeply. Tech giants began sucking up most of the remaining local advertising dollars. More recently, huge numbers of our advertisers have either closed entirely or temporarily stopped spending in the wake of the coronavirus. That has led us to completely rethink how we operate. We remain committed to keeping our journalism free and avoiding paywalls or mandatory subscriptions. But the long-term challenges organizations like ours face in generating advertising dollars aren't going away. That's why we're now working toward a goal of generating at least as much revenue from readers as we do from advertisers.

Today we remain dedicated to giving opportunities to rising journalistic talent -- and to figuring out how to keep growing at a time of great challenges in the media business. We want to grow the right way -- by doubling down on our commitment to serving our readers, without whom we couldn't do what we do. If we can keep writing stories that are important to you, and that tell you important things about the city we all love, we think we can survive this latest crisis, too.

Some core beliefs underpin that effort. We believe that in a modern age of disinformation when a large part of society is openly at war with the press, it's more important than ever for cities to have locally based reporters keeping an eye on the powers that be. We believe that fact-based reporting can help people see through the cynicism so prevalent in modern politics and inspire in them a more hopeful approach to participatory democracy. Our standard in framing and reporting stories is intellectual honesty. A crook is a crook, a liar is a liar, a hero is a hero, and these are demonstrable things.

We're the publication whose longtime editor-in-chief, Margaret Downing, has written nearly as many award-winning articles as her writers; where Meagan Flynn drew national attention to the teenage honor student sentenced to life in prison without chance of parole for capital murder even though she never killed anyone; where Dianna Wray told the story of the female Mercury 13 astronauts who NASA never gave a chance to go to space; where Leif Reigstad received his own national Sigma Delta Chi Award for an account of how Houston became "Kush City."

But from the beginning the Press was about more than hard news. We also believe in celebrating Houston culture, covering our city's music, arts and dining scenes with the same attention to detail that we devote to our news stories. We're the place where John Nova Lomax told stories like The Battle of Barrio Christmas and the strange and sudden demise of country artist Doug Supernaw for eleven years before departing for Texas Monthly; where Chris Gray chronicled Bruce Springsteen's lasting connection to the Bayou City and hundreds of other local music stories; where Robb Walsh wrote a heartfelt tribute to Galveston Bay oysters; and where every year we train a spotlight on the city's culinary gems with our Best of Houston awards.

What You Can Do to Help

We're calling our membership campaign "I Support," and we're basing it on a simple premise: Good local journalism requires interest and demand from engaged local readers, and we know we have a loyal audience that wants to support our efforts.

We want to keep covering Houston the way it deserves to be covered. That means remaining independent and avoiding paywalls -- but still bringing in enough money to fund our journalism.

You can help by contributing as little as $1, or by signing up for one or more of our email newsletters. And if you commit to becoming a monthly or annual recurring member, we'll throw in something extra: an absolutely ad-free online reading experience. That means you can read your favorite Houston Press news, music, food and arts stories with no digital interruptions.

We'll put whatever money you contribute toward producing high-quality local journalism. That makes you our first step in developing a viable, reader-funded editorial model.