Some Houston Signmaker is Really Mad at President Biden 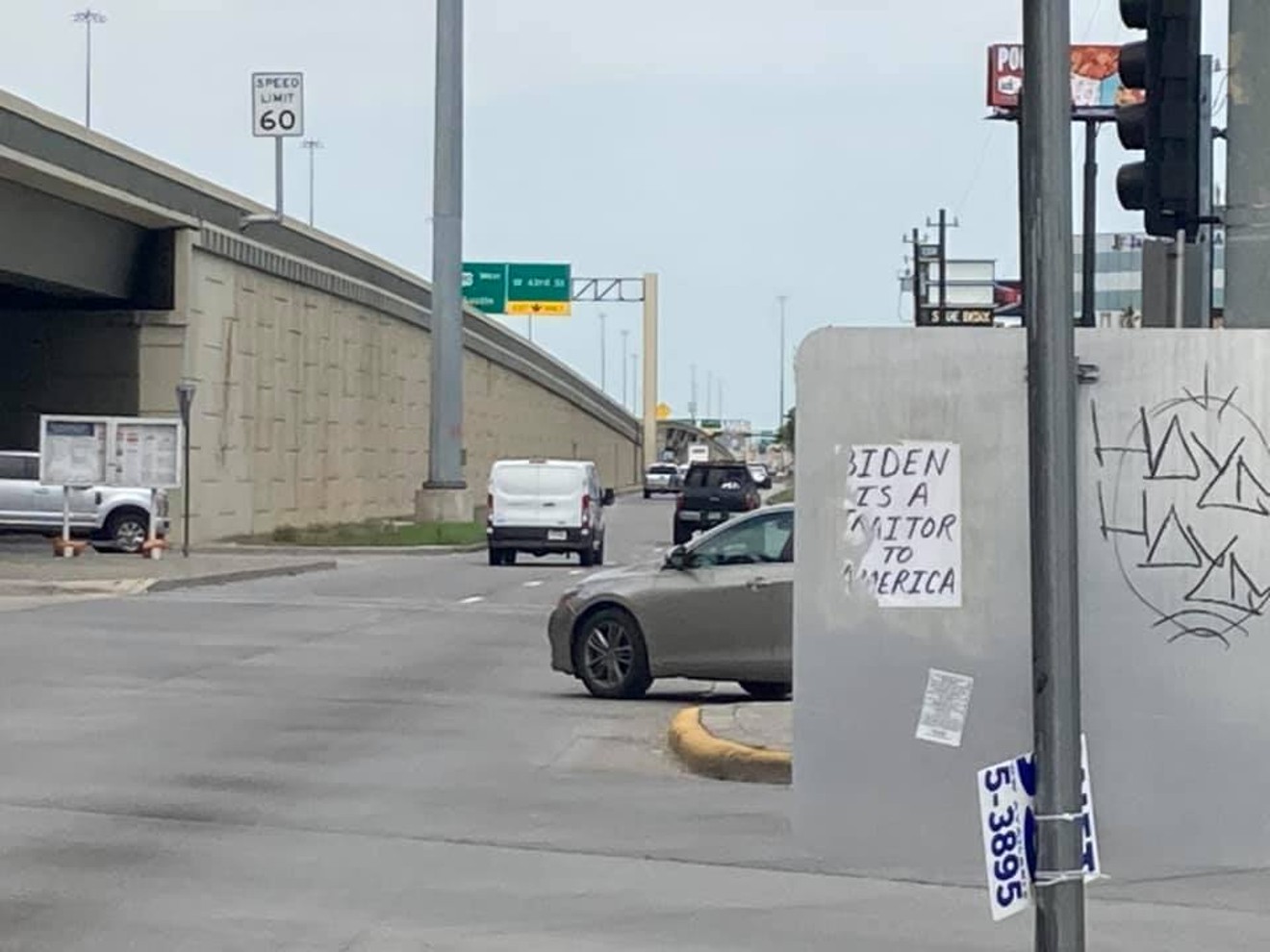 This is not a good sign. Photo by Jef Rouner
Random sentiments plastered to wrong way signs by our more… exuberant residents are pretty common in Houston. Most of them are trying to sell you sham health insurance or buy your diabetic strips. However, one person has gone the extra length to cover the city in one angry screed: BIDEN IS A TRAITOR TO AMERICA.

I caught the sign in the picture above at Hwy 290 and 34th Street on both sides of the freeway. According to Reddit, the signs have been out up all over the city, including the Galleria, Oak Forest, City Centre, and the Heights, all in the same handwriting. As you can see from the photos I took of them, attempts have been made to remove them or at least the name Biden with varying success.

Now, I speak Unhinged Reactionary Right-Wing Douchebag fluently, which you learn by ordering a physical copy of Rosetta Stone and shooting a hole through the O while munching a wad of bacon. As such, these signs are not nonsense. They are code.

Biden is not actually a traitor the way most of us would understand term, such as for example a major figure in a presidential campaign handing over data to a foreign power that is actively involved in a cyberattack on America. No, the treason is entirely of a spiritual nature. It is a betrayal of a certain point of view. 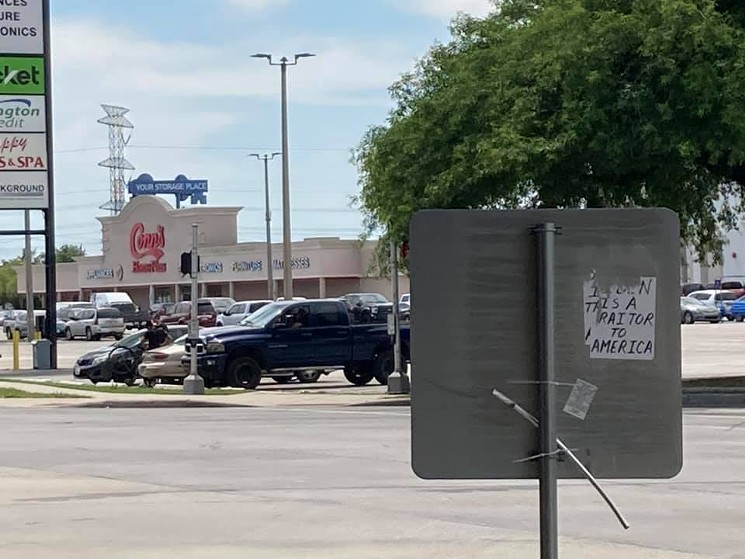 And neither is this.
Photo by Jef Rouner
I’ve written before that reactionary right-wing accusations of communism are mostly an excuse used to justify the violence that those people already wished to do, and this sentiment is related to that. Lately, the prevalent theory on the right is that Biden has somehow sold out American interests to the Chinese Government. The evidence for this is nebulous, ever-shifting, and nowhere near as solid as, I don’t know, directly asking leader of the Chinese Communist Party for help in re-election.

Sadly, facts don’t care about feelings, and the signs we’re seeing around the city are emotional appeals for us to subscribe to a broken world view. The idea that Biden is a traitor is blatantly absurd, unless you view any abandonment of an America First mindset to be treasonous. Any hope that the fall of Donald Trump would bring the nationalist rhetoric down to a manageable temperature died in the attempted insurrection of the U.S. Capitol and was buried when state congresses like ours declared war on voting rights.

There’s no going back to the way things were. Trump allowed for the full expression of an entitled rage that had been held in check by the thinnest membrane of decency and respect for liberal democracy for many years. Now that folks have seen that win, at least in the short term, we can expect a backlash that makes the last ten years look like a tranquil period of reflection.

That’s what these signs really say. They want you to know that none of this is over, and the people most angry about it are perfectly happy to make that known all over the city. These are warning shots, and we ignore them at our peril.
KEEP THE HOUSTON PRESS FREE... Since we started the Houston Press, it has been defined as the free, independent voice of Houston, and we'd like to keep it that way. With local media under siege, it's more important than ever for us to rally support behind funding our local journalism. You can help by participating in our "I Support" program, allowing us to keep offering readers access to our incisive coverage of local news, food and culture with no paywalls.
Make a one-time donation today for as little as $1.