No, These Mass Shooters Are Not Trans 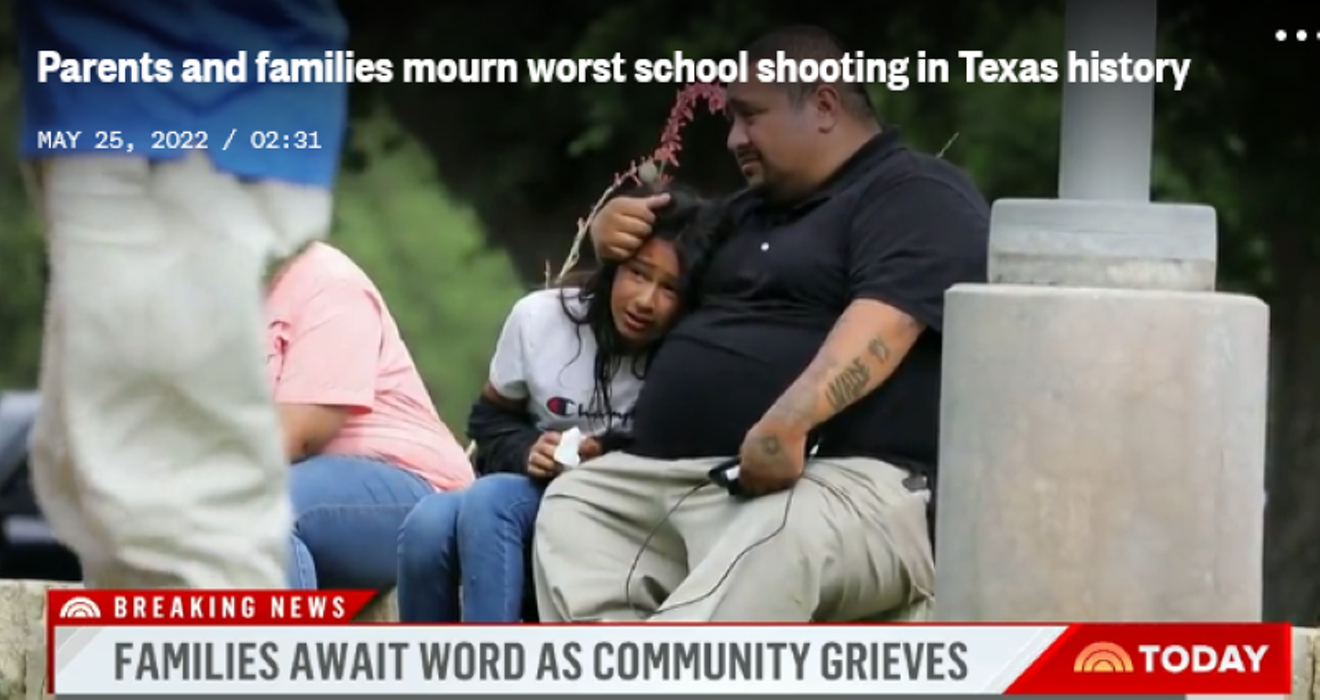 The tragedy at Rpbb Elementary is compounded by right-wing accusations the shooter as trans. Screenshot
The latest salvo in the conservative culture war against trans people is rushing to blame them for mass shootings.

In the wake of the Robb Elementary School shooting in Uvalde, Texas, Representative Paul Gosar (R-Arizona) claimed the shooter was transgender, a sentiment that was picked up by right-wing media personality Candace Owens. The shooter was not trans. The whole thing was a social media rumor that got blown out of proportion.

The shooter in Highland Park, Illinois, who killed seven people and wounded 46 others at a parade, wore women’s clothing to draw attention away from his face tattoos. This led to another round of tweets and accusations in right-wing media that the shooter was trans. He is not. Wearing makeup and women’s clothing as a disguise is not the same thing as being trans.

As of this writing, there have been 337 mass shootings in the United States this year. Not a single one of them was trans. Between 2018 and 2021, there were 2,064 mass shootings in America. Of those, two were trans. One was a man in the process of transitioning in Aberdeen, Maryland in 2019 who killed four, including himself. The other was a trans teenager in Denver who killed one student and injured eight others at his high school in 2018. The motivation for the shooting was apparently bullying over the shooter’s trans status.

Experts put the American transgender population somewhere around 1.6 percent, or as high as 5 percent for young adults. When it comes to mass shootings since 2018, trans people make up only 0.08 percent of shooters. For comparison, cisgender men commit over 90 percent of all mass shootings.

This scapegoating of trans people in a new twist on an old conservative tactic to shift blame away from guns when mass shootings occur. For the last several years, accusing shooters of being “radical leftist” or antifa has been common. There were memes asserting the political alignment of both the Highland Park shooter and the man who killed eight people in Dayton, Ohio in 2019, including his transgender brother. It’s not true in Highland Park, and the FBI had to debunk the Dayton one thanks to an enthusiastic social media campaign from right-wing media figures like Kellyanne Conway and Andy Ngo.

While accusing trans people of being shooters is a handy deflection tactic when it comes to gun control, the recent spurt of linking trans people with mass shootings is disturbing. Conservatives in America have been stripping the rights from trans people at an alarming rate. In Texas, trans students are no longer allowed to play sports in public schools except under their gender assigned at birth. Parents who pursue lifesaving, gender-affirming care for their trans children are being investigated for child abuse by the Department of Public Safety. A proposed bill to ban minors from drag events could possibly lead to trans women no longer allowed to be around children in public at all.

Traditionally, targeting trans people has been part of a major fascist push. Restricting a marginalized group that many Americans don’t understand well makes them easy practice for further rollback of rights on other groups. Blaming trans people for shootings contributes to the idea that they are a mentally ill threat to society to be eliminated.

The numbers don’t lie, though. Trans people are not committing mass shootings.
KEEP THE HOUSTON PRESS FREE... Since we started the Houston Press, it has been defined as the free, independent voice of Houston, and we'd like to keep it that way. With local media under siege, it's more important than ever for us to rally support behind funding our local journalism. You can help by participating in our "I Support" program, allowing us to keep offering readers access to our incisive coverage of local news, food and culture with no paywalls.
Make a one-time donation today for as little as $1.