Ayesha Curry cooks at home. Photo courtesy of International Smoke
International Smoke, a new restaurant from celebrity cookbook author, Food Network star and new face of CoverGirl, Ayesha Curry, in partnership with San Francisco-based chef Michael Mina of the massive MINA Group hospitality empire, will open at City Centre in 2018.   The eatery will offer dishes with an emphasis on all things grilled, smoked and otherwise cooked by fire.

If you're wondering what's going to be on the menu, well, it's not available at this time, but Curry announced in a press release that “Grilling is the perfect way to experiment andtaste different flavors, cuts of meat, and styles of cooking." The menu is supposedly inspired by her travels, of which she's likely had many since, atop her lucrative lifestyle career, her husband happens to be NBA star Steph Curry.

Chef Mina also announced, “I couldn’t be more excited to be a part of CITYCENTRE." 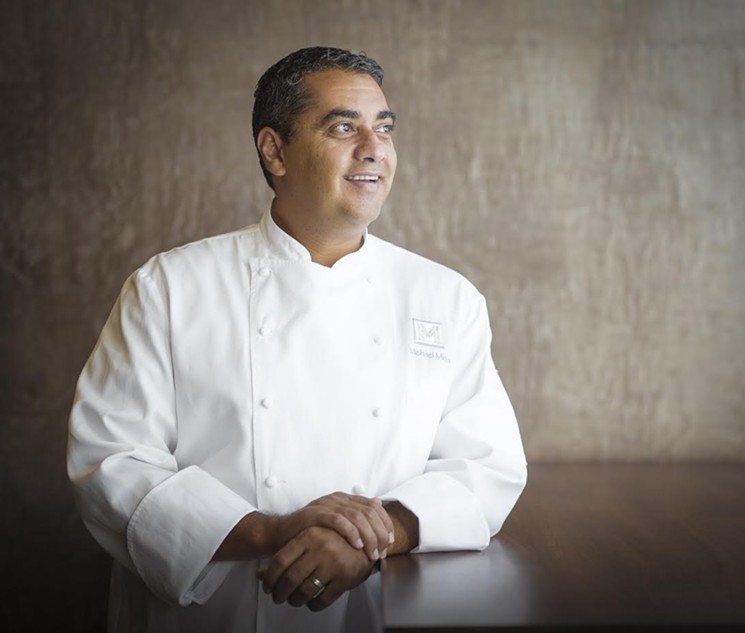 The MINA Group currently manages 32 restaurants in major cities around the country, from Chicago to Miami Beach, including Michael Mina in San Francisco and Vegas, The Ramen Bar in San Francisco,  and multiple locations of steakhouses Bourbon Steak and Stripsteak.