Dish of the Week: Tabbouleh 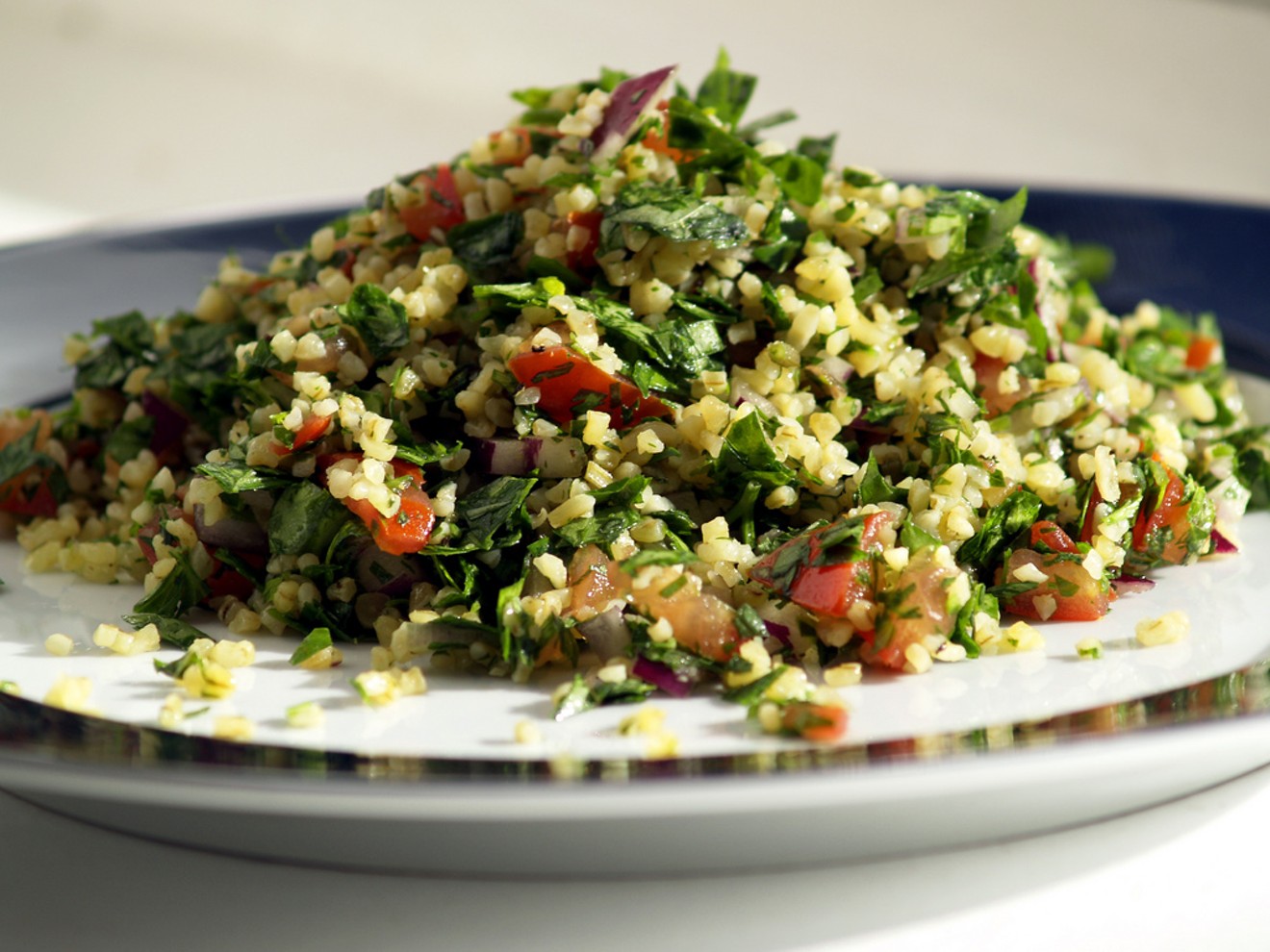 This Middle Eastern vegetarian dish is light and refreshing. Photo by cyclonebill

From classic comfort foods to regional standouts and desserts, we'll be sharing a new recipe with you each week. Find other dishes of the week here.

This week, we’re sharing a resolution-friendly recipe for light and refreshing tabbouleh.

Derived from the Arabic word taabil, meaning "seasoning" or "dip," "tabbouleh" is the name of a Middle Eastern dish traditionally consisting of tomatoes, chopped parsley and mint, onion, and bulgur, a dried cracked wheat that is common in European, Middle Eastern and Indian cuisine. The mixture gets tossed in a dressing of olive oil, lemon juice and salt, with garlic and other seasonings sometimes incorporated. Other variations use couscous instead of bulgur or add in lettuce.

In parts of the Middle East, including Syria, Palestine, Israel and Lebanon, it is commonly served as part of a meze, or selection of small dishes served at the beginning of multi-course meals. Other popular meze include pita, baba ghanoush (roasted or pureed eggplant dip), dolma (stuffed vegetables) and labneh (strained yoghurt).

This recipe, from Serious Eats, imparts extra flavor by soaking the bulgur in tomato water. The result is a bright, refreshing dish that works as a salad, a stuffing for pita or as side for roast chicken, meat or fish.

Season tomatoes with 1 teaspoon salt and toss to combine. Transfer to a fine mesh strainer or colander set in a bowl and allow to drain for 20 minutes. Reserve liquid. (Pre-salting the tomatoes and parsley removes excess liquid through osmosis, preventing the salad from becoming soupy later.)

Season parsley with remaining 1 teaspoon salt and toss to combine. Transfer to a large mixing bowl lined with paper towels and let stand for 20 minutes. Blot parsley with towels to remove excess moisture.

Bring 1/2 cup reserved tomato water to a boil, then pour over bulgur in a small heatproof bowl and let stand until bulgur is softened, about 1 hour (bulgur may still have a slight bite, but will continue to soften in the salad). Drain bulgur of any excess liquid and pat dry with paper towels.