1 of 39
Doogie Roux
After a virtual iteration of the ride, BikeHouston on Saturday brought back a decades-old tradition of late-night pedaling under a full moon, the Moonlight Ramble. This year's event boasted a 12.9 mile route that started at BakerRipley's Ripley House at 4410 Navigation and cut through Houston's historic neighborhoods of Magnolia Park, Lawndale, and Third Ward. The ride serves as a fundraiser for BikeHouston as they advocate for greater safety and accessibility for cyclists and pedestrians throughout the city. Houston's Moonlight Ramble started in 1973 when Daniel and Joy Boone, of the now-shuttered bike shop, Boone Cycles, visited St. Louis and participated in the original iteration of the Moonlight Ramble. By the mid-1980s, as many as 5,000 people hopped on bikes and rode throughout Houston late at night for the event. (Photos by Doogie Roux). 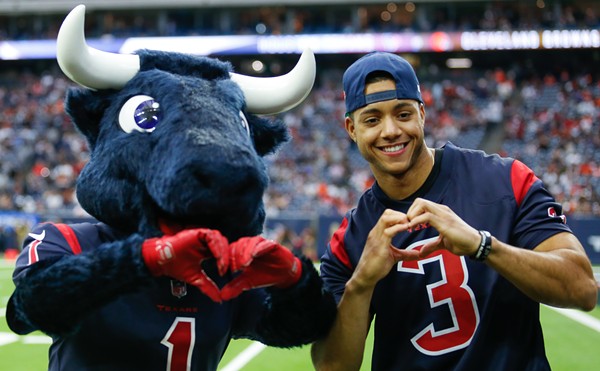 Stuffed with all the goodness from Thanksgiving, cyclists from all around Houston rode it off during the monthly bike ride, Critical Mass.… 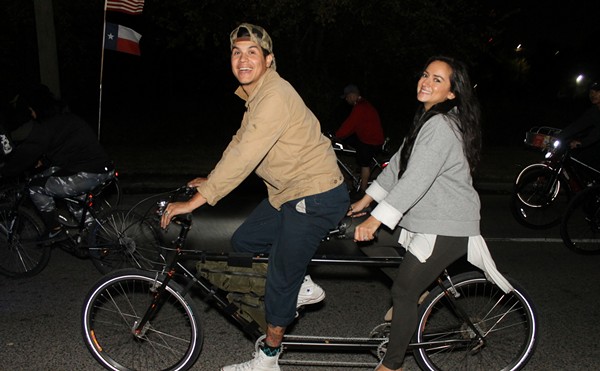 Over 2000 cyclists came together at Market Square for the monthly bike ride known as Critical Mass. For some, it's an opportunity… 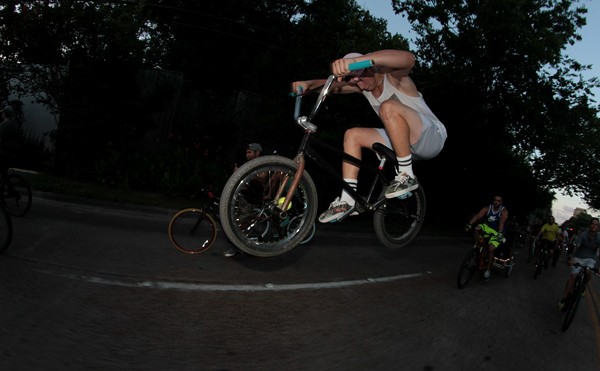