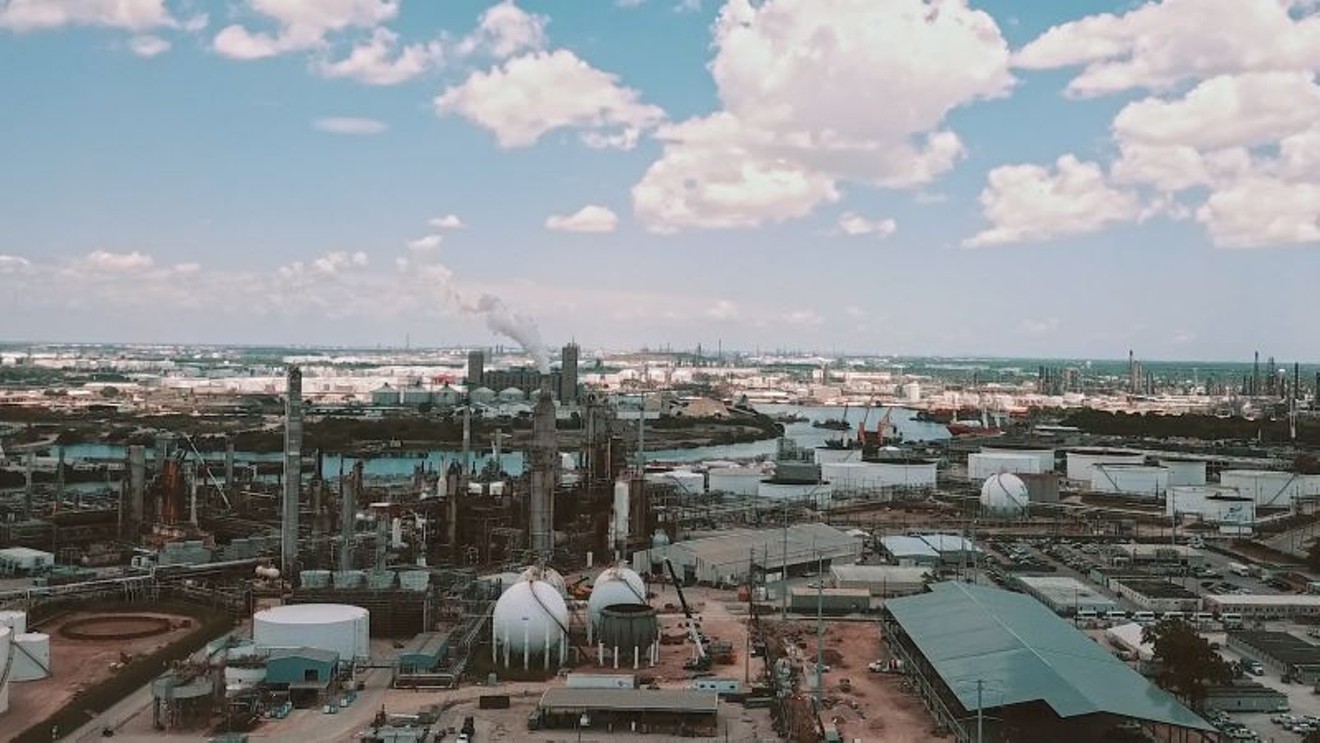 The Story of Plastic considers plastic's endgame. Screenshot/ The Story of Project
We see plastic every day. The material lines shelves at grocery stores in the form of bottles, bags and cases. It acts as a container for our leftover meals and provides our children and loved ones with distractions in the form of toys and video game and movie cases. The shape shifting tool is pliable yet firm, soft enough to bend when necessary but strong enough to hold weight when needed.

In the midst of Plastic Free July, now is a time people are being asked to consider plastic’s endgame. Where does a Coke bottle end up after you toss it into the recycling receptacle? And what about grocery bags and Ziplocs? These questions, and others, are ones Houston’s Citizens’ Environmental Coalition is hoping to shine light on with its film screening and panel discussion of The Story of Plastic this Thursday.

The Virtual Movie Night features two panels from noon-12:30 p.m. and 6-6:30 p.m. on Thursday, July 23. Registration is free and those who sign up will receive a link to watch the film at their leisure before the noon panel.

“[Plastic] is ubiquitous,” says Rachel Powers, the coalition’s executive director. “There are so many environmental problems that are a lot harder to understand the individual impact. For plastic, you go to the grocery store and get a plastic bag. It’s a lot more approachable. When I go to events and talk about environmental issues, the most common question I get is about recycling. That’s something people feel they can do.”

The Story of Plastic, which includes scenes shot in Houston, was released on April 22, Earth Day, by The Story of Stuff Project, a nonprofit dedicated to educating people on sustainable ways to make, use and throw “stuff” away. Michael O’Heany, executive director of the Project and one of the film’s executive producers says he hopes viewers walk away knowing that plastic pollution is a problem that not only exists, but one activists are fighting around the globe.

“The world has been understandably focused on plastic's afterlife — all too often in the ocean — but we knew there was more to the story, including impacts on people and the environment throughout the plastic's life cycle,” O’Heany wrote in an email. “We believed that by telling this fuller story we would uncover ways to address the plastics problem that are hard to see if you're myopically focused on the ocean, or, worst yet, listening to the plastics' industry line on where the fault for plastic pollution lies or what the problem even is.”

So far, The Story of Stuff Project has helped in organizing 1,300 virtual screenings in more than 70 countries, with more like this week’s in Houston scheduled. Though the subject matter is heavy, and even daunting, O’Heany hopes local panelists can help audiences with context that pertains specifically to their region.

“Screenings like this one in Houston give panelists an opportunity to bring local context and knowledge to the table, ground the story in local conditions and lift up the tangible ways viewers can participate in solving the problem where they live,” he wrote.

With two separate panels slated for Thursday, each has its own unique lineup which allows people especially interested in the topic to get a varied perspective.

From noon-12:30 p.m. the lineup consists of Theresa Morris from the Turtle Island Restoration Network, Amy Reed from Keep Houston Beautiful and Steve Steltzer from the Houston Green Building Resource Center. From 6-6:30 p.m. the panelists are Charlotte Cisneros from the Galveston Bay Foundation, Sahar Hamzah from the University of Houston’s Valenti School of Communication and Siri Kore from the BASF Corporation.

Though the hopes of having the panelists together were dashed by the recent uptick in COVID-19 cases and precautions, Powers is excited about the possibilities offered with virtual events, saying that event attendance numbers have grown in 2020.

“I think on one hand people get tired of Zoom, but on the other it’s a great way to have a lot of interaction with the community,” Powers says.

Both panels are set to be recorded for interested people unable to attend. Powers hopes people will have a better understanding of the nature of plastic and are motivated to activate change throughout the region.

“I know a lot of people want to do a plastic bag regulation or ban, but cities aren’t able to do that,” she says. “That isn’t going to happen unless we change things in the Texas legislature. There will be recommendations about how to be more responsible with plastics and our hope is people will be inspired to change their behavior.”

For O’Heany and people behind the film, informing and inspiring is the constant goal for all of their works.

I hope viewers come away feeling that solutions to the plastic pollution problem not only exist, [but] are being implemented by heroes around the world as we speak,” he wrote. “Those heroes need our help.”

For more information on the event, please visit The Story of Plastic website.
KEEP THE HOUSTON PRESS FREE... Since we started the Houston Press, it has been defined as the free, independent voice of Houston, and we'd like to keep it that way. With local media under siege, it's more important than ever for us to rally support behind funding our local journalism. You can help by participating in our "I Support" program, allowing us to keep offering readers access to our incisive coverage of local news, food and culture with no paywalls.
Make a one-time donation today for as little as $1.