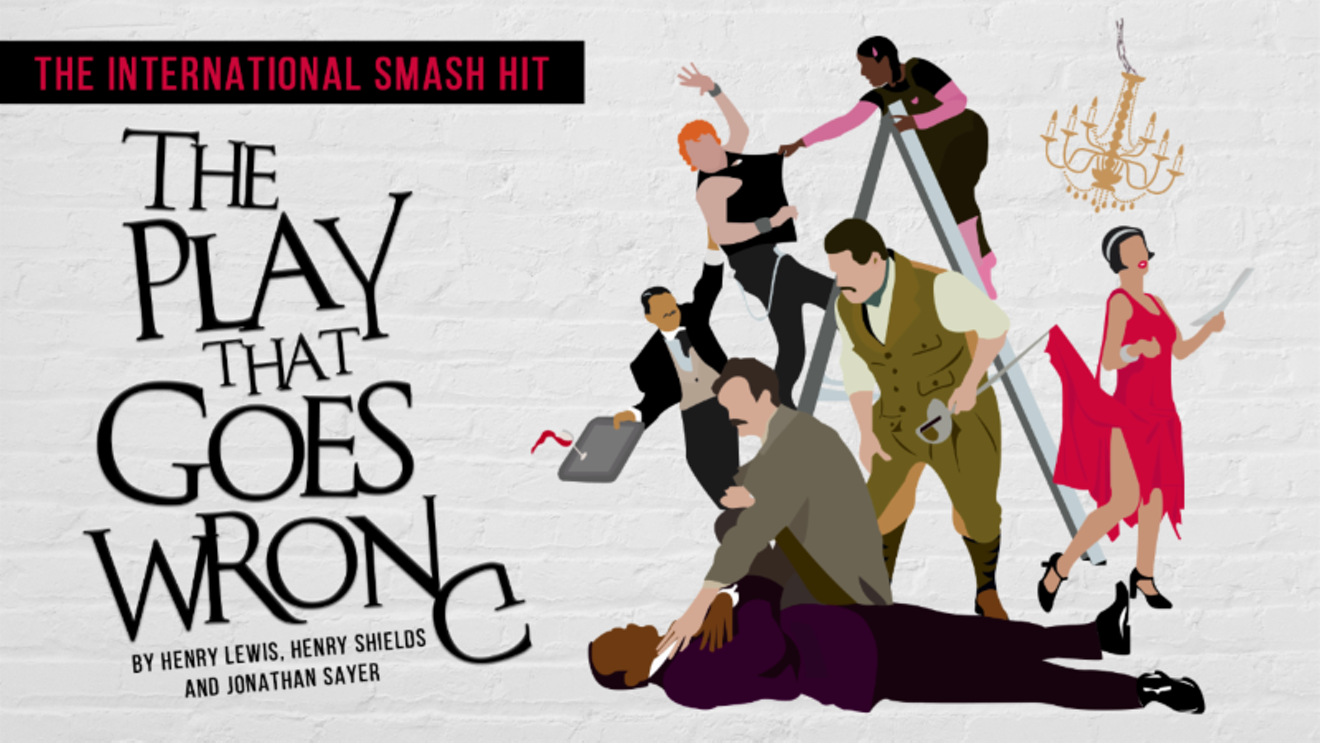 A.D. Players is ready for anything with The Play That Goes Wrong in its 2022-23 season. Poster art

With season tickets about to go on sale April 12, A.D. Players has announced its line-up of shows for the 2022-23 season at The George, a season that starts with a pre-Broadway world premiere and crescendos with a production of Disney's Beauty and the Beast.

Miss Maude starting in September is the story of the relationship that develops between a Southern midwife and the Life Magazine photographer sent to document her story and provides the fall opener for A.D. Players.

This is followed by A Texas Carol, co-written by A.D. Players' new Executive Artistic Director Jayme McGhan and Artistic Director Kevin Dean and presents the conundrum: what do you do if everybody is coming to grandma's house for the holiday celebration but grandma, in a case of unfortunate timing, has already gone on to her great reward. A winter holiday story of a definitely different kind.

Every Brilliant Thing in a two week run in February tackles the issue of mental health, while The Play That Goes Wrong starts in April and offers a lighter look at life. And the aforementioned Beauty and the Beast brings the story and songs that everyone knows to life during the Houston summer.

And don't forget, A.D. Players' 2021-22 season is still ongoing. John, His Story by the late Jeannette Clift George (actress, playwright and founder of A.D. Players) is scheduled for April 13 and 15. And Apollo 8 by McGhan runs May 4 through June 5 and has as its setting, the U.S. race to be first on the moon.
Here's the announcement from A.D. Players:

The inspirational true story of the relationship forged between renowned 1951 Life Magazine photographer Eugene Smith and South Carolina midwife, Made Callen. Eugene is sent to do a story on Maude, but never expects the life changing impact it will have on him.


A Texas Carol
By Jayne McGhan and Kevin Dean
November 30 through December 30, 2022

﻿The whole family is on the way to Mee-Maw Jane's East Texas ranch for what might be her last Christmas. The only problem—when the first group arrives, Mee-Maw is already gone! Now, how to keep that fact (and her body) from the rest of the family and save Christmas? A hysterical and heart-warming story about all things Christmas and all things Texas that ultimately brings us straight to the true meaning of Christmas.


Every Brilliant Thing
By Duncan MacMillan and Jonny Donahoe
February 1-19, 2023

Mental health is not always an easy subject, but this beautifully touching play sheds light on the issue of depression and the lengths we will go to for those we love, in a heart-wrenching, heart-warming and at times hilarious way.


The Play That Goes Wrong
By Henry Lewis, Henry Shields and Jonathan Sayer
April 19 through May 14, 2023

The International Smash Hit comes to Houston! Accident prone thespians battle against all odds to make it through to their final curtain call with hilarious consequences! Part Monty Python, part Sherlock Holmes, this global phenomenon is guaranteed to leave you aching with laughter!


Disney's Beauty and the Beast
By Alan Menkin, Howard Ashman and Tim Rice
June 29 through July 30, 2023

The enchantment never ends in this romantic and beloved take on the classic fairy tale, showing that it is never too late to have a transformation of the heart.