Breaking Up With Final Fantasy VI After Pixel Remaster 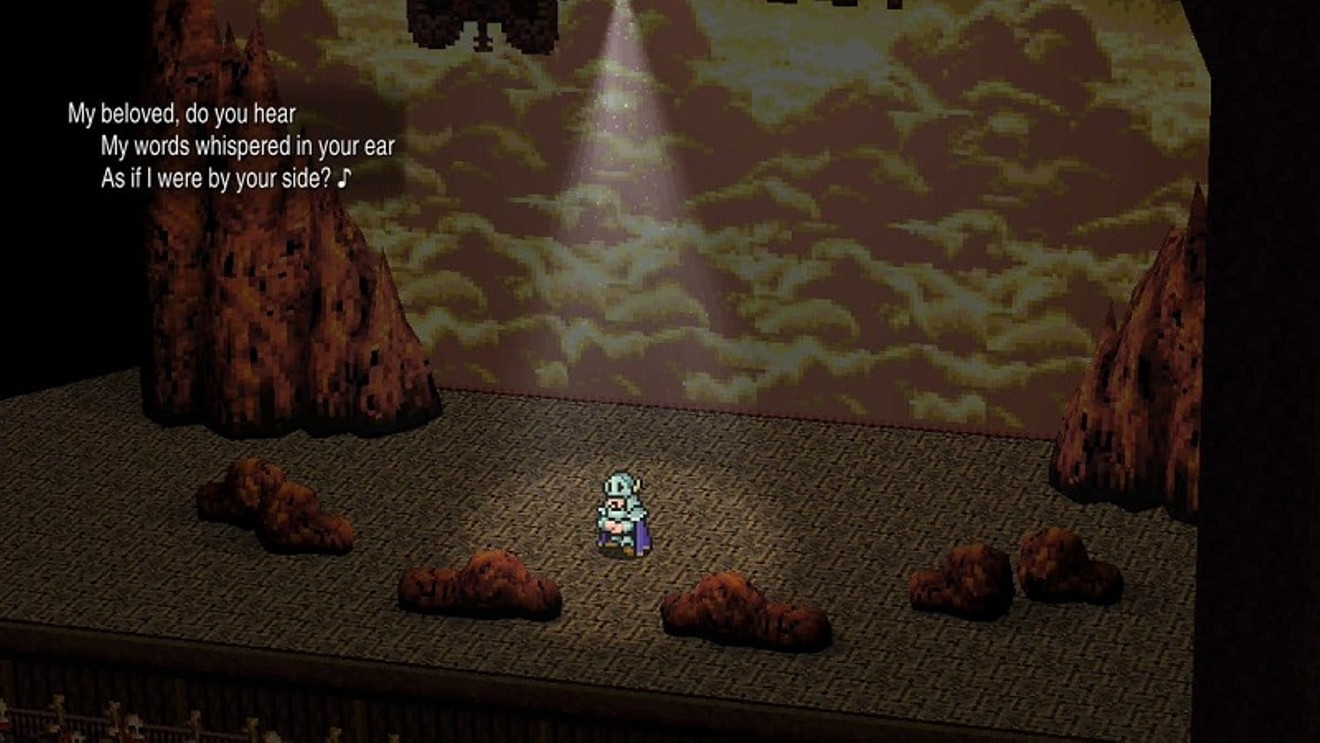 This part is admittedly pretty cool in the new Pixel Remaster, but it's still not worth buying the game again. Screenshot from Final Fantasy VI Pixel Remaster
Since Final Fantasy VI was released in 1994, I’ve bought it four times. Once on the original SNES when it was still called Final Fantasy III, twice on the PlayStation on both disc and the online store, and once again for the Game Boy Advance version that had a new dungeon. I was all set to do it a fifth time now that the Pixel Remaster has just been released on Steam and iOS, but maybe it’s time to break up with the game.

I watched a lot of gameplay reviews of the Pixel Remaster, and the more I did the more I felt like the whole thing was a scam meant to prey on damaged millennials longing for the carefree days of the 1990s. The original art hasn’t been updated so much as smoothed over until everything looks like lifeless, shiny plastic. It’s the video game equivalent of photoshopping every fold and wrinkle out of a model until they drop into the uncanny valley. Spell effects and backgrounds have been updated, but now they seem like cheap gimmicks shoved into the world like a crappy magician who bothers you while you’re eating dinner. Only the soundtrack truly soars now, especially in the redone opera scene, but that alone isn’t worth $18.

It's also very weird that a game which is almost 30 years old still can’t seem to find a definitive identity, especially one that was lauded as damn near perfect when it was released. Should dialogue boxes have faces? Is the Kaiser dragon dungeon still part of the journey? Have famous glitches like Wind God Gau been preserved or “fixed”? There are so many minor iterations on the game in the name of bringing it to a new audience that it’s beginning to lose all sense of actual self.

Video game preservation is a big topic in the gaming sphere because many companies fail to ensure their back catalogue remain playable to a public interested in the history of the medium. Square Enix definitely has this problem. Instead of making so that people can actually play Final Fantasy VI, they keep putting on a new hat and charging premium prices.

I’m not against updating the game. I for one was really hoping that Final Fantasy VI would get the 3D treatment that Final Fantasy IV did on the Nintendo DS, something that included a from-the-ground-up graphical rebuild and full voice cast. That would be a new version of the game worth the money, but instead Square Enix seems to have ceded that sort of territory to series like Bravely Default and Octopath Traveler.

The company keeps pushing out what are little more than graphic patches and expecting an audience that has likely already bought the game once to buy it again. In the meantime, they strangle the ability to just keep playing the original on current machines, keeping access to the experience permanently tied up in these minor fiddle-arounds rather than actually preserving once of the most influential games of all time for a general audience.

I’ve never understood why game companies just flat out refuse to keep their old catalogues available at reasonable price points. It’s always “now with more stuff” as a way to tack on an extra ten dollars or more. In the name of greed, they just end up diluting the original until no one can actually remember what it was like to experience it when it was actually groundbreaking. Stuck between the past and the present by changes made purely to justify asking for extra coin, iconic games end up mediocre storefront clutter that offer neither historical relevance nor innovation.
KEEP THE HOUSTON PRESS FREE... Since we started the Houston Press, it has been defined as the free, independent voice of Houston, and we'd like to keep it that way. With local media under siege, it's more important than ever for us to rally support behind funding our local journalism. You can help by participating in our "I Support" program, allowing us to keep offering readers access to our incisive coverage of local news, food and culture with no paywalls.
Make a one-time donation today for as little as $1.