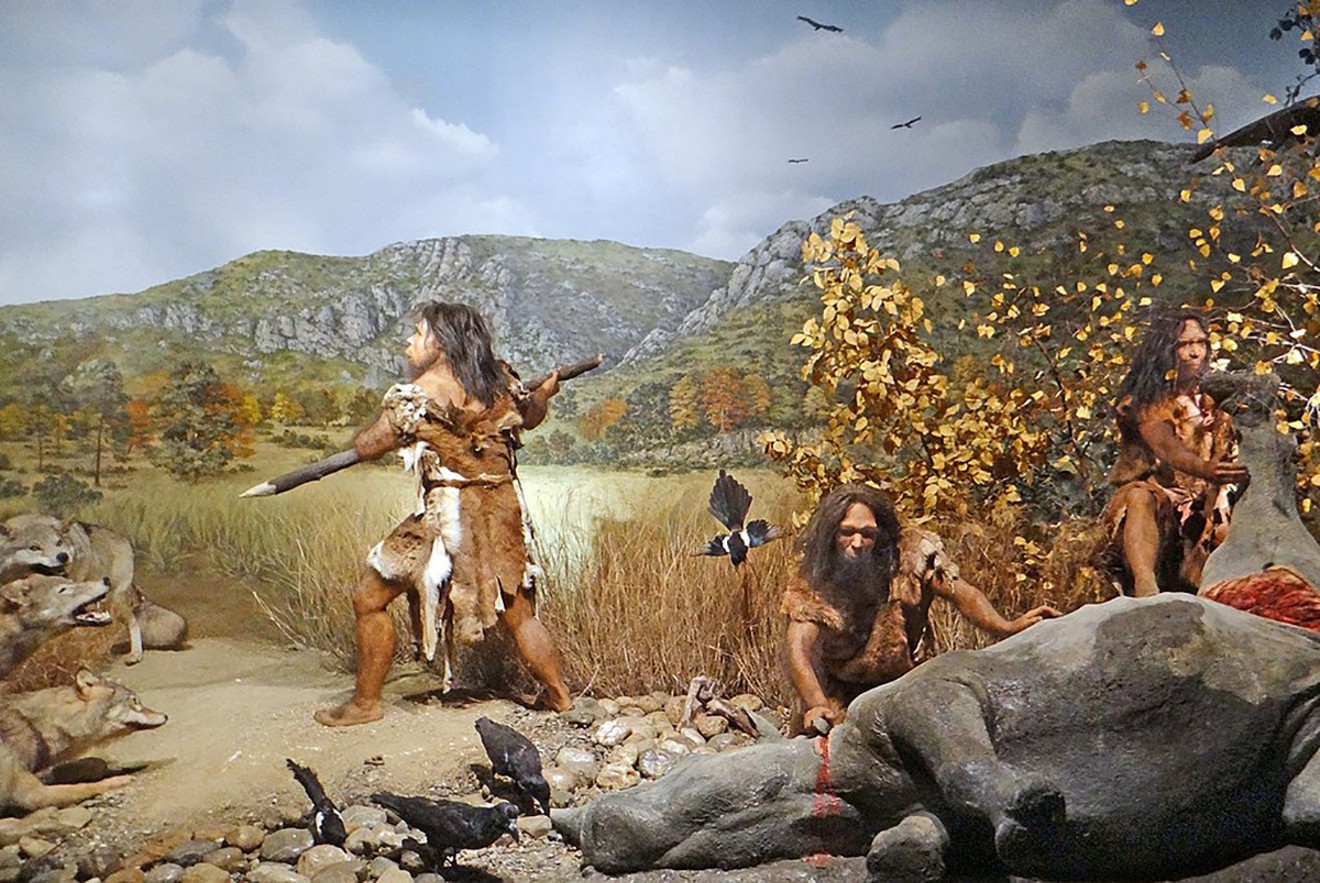 The Archaeological Institute of America, Houston Society is presenting a lecture that discusses the role of prehistoric women in shaping civilization. Prehistoric man couldn't always bring home the bacon. Photo by Jean-Pierre Dalbéra via CC
Well it seems that he-peating — a man taking all the credit for an idea first suggested by a woman — isn't anything new.

Over the past two decades archaeologists have looked past hard artifacts like spears and arrow heads, instead focusing on perishable objects like baskets, weaving and ropes, giving new insight into the contributions of prehistoric women. The 2009 book, The Invisible Sex: Uncovering the True Roles of Women in Pre-History, puts forth the theory that it was actually women who most likely invented civilization itself. 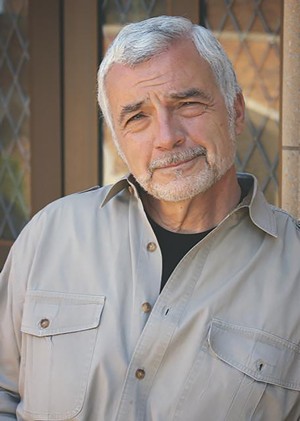 Dr. James M. Adovasio, co-author of the book, The Invisible Sex: Uncovering the True Roles of Women in Pre-History.
Photo courtesy of the Archaeological Institute of America, Houston Society
Dr. James M. Adovasio, who authored the book along with Olga Soffer and Jake Page, will elaborate on this groundbreaking research during a free lecture hosted by the Archaeological Institute of America, Houston Society, Invisible No More: Reclaiming the Significant Roles of Prehistoric Women.

"He is the world’s expert on textiles, on perishable artifacts, so he gets calls to consult on digs all over the world," says Becky Lao, executive director of AIA, Houston Society, about Dr. Adovasio. "When they find something he’ll fly in, work with it, give his opinions."

Necessity is the mother of invention, and Adovasio's book discusses how women were the true innovators of the era. They tailored clothing that let us withstand colder temperatures, they wove baskets so we could store foodstuffs, and they fashioned nets to make hunting easier. Even the ropes they braided helped to build rafts that allowed them to travel farther over water.

"They’re cooking, sitting around the campfire. The things that they are doing are making our lives more comfortable and more efficient," says Lao. "This is where civilization itself starts. There are different sorts of food procurement. You can’t always bring down a mammoth.

"You can always collect nuts, berries, grasses, roots, and figure out how to make them palatable. I think that it’s always been the case that men are charging in the front and women don’t always get the credit," says Lao.

Neanderthals were the first early humans to wear clothing, and tailored attire helped them withstand cold winter temperatures. Neanderthal sewing needles are shown (L) embedded and (R) close-up view.
Photos courtesy of the Archaeological Institute of America, Houston Society
AIA, Houston Society is celebrating its 50th year this season, and Lao says it's an interesting time for the field. "Technology is making a huge impact because of all sorts of remote sensing now. Many times when people discover a site, they’ll do remote sensing. Pardon the pun, but they don’t really need to excavate unless it’s something ground-breaking. They can go in to bolster a theory, prove a point; it’s doing a lot to change the field.

"Then there’s the archaeology of space. They're using satellites to do some images to find trails, ancient pathways. Archaeology is about the study of the human path," says Lao. "What about all this junk up in space that we put up there that’s still hanging around and will be up there for infinity unless it comes out of orbit?"

Lao also credits cultural diversity for adding depth and value to the field. "Archaeology was developed in the West and often people could accuse it of being colonialistic: not seeing the culture in its entirety, only seeing the pretty things, not valuing a culture for how they solved problems."

She says that so many people from across the globe have moved into the study, bringing their own cultural sensibilities to help answer the question, "What makes us human?"

"It’s exciting to see people from all walks of life, so many cultures come into the field, enlarge the discussion about gender, about how we developed as humans, where we’re going as humans," says Lao. "Everybody has something to bring to the table. And also to recognize that the past still has things to teach us, and we ignore it at our peril. Just like this talk about women’s contributions. To think that throughout time women have been written out of the story and now we have the opportunity to bring them back into the story."

Lao says that archaeologists like to think of themselves as the memory keepers. "History is often written by the winners, but archaeology uncovers the true story as it played out. A story about conquering people might be full of inaccuracies because [it was written by] the winner, but we’re the ones that tell the story as it probably really happened."

For those looking to "dig deeper," Lao says the society, in a co-presentation with the Houston Museum of Natural Science, has also planned an Ancient Games Tournament on January 27. She says one of the games is 4,000 years old, and that the rules were found on a cuneiform tablet; another game was played in ancient Egypt.