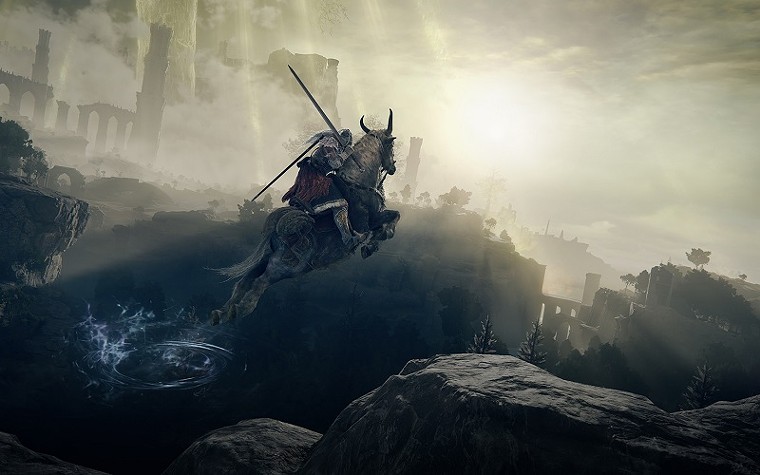 The apex of the open world game.
Screenshot of Elden Ring
There were some incredible video games that came out in 2022, and we did our best to play them all. Here are the five titles we felt deserved Game of the Year.

From Software is well known for turning out exceptional games, so expectations were high when they debuted their first open world adventure. While Elden Ring lacks the perfection of previous titles like Bloodborne, it was still an incredible experience that leaves virtually every other open worlder in the dust. The company’s trademark fluid combat mixed with the esoteric lore told through item discovery meant that players were still invested in the game long after they completed it. Character re-speccing options keep players flexible when it comes to bosses they may be having difficulty with, and the open world further offers alternate paths to accommodate a variety of skill levels. Plus, there’s a turtle pope, and that alone was worth the price of the game. 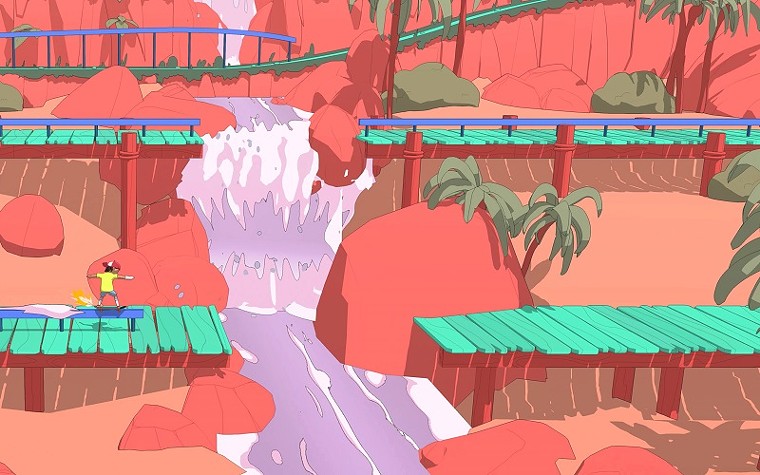 Not since Donkey Kong Country 2 has a sidescroller been so well done.
Screenshot of OlliOlli World
OlliOlli World

I played OlliOlli World until I damaged the thumbstick on my controller, and I firmly plan on getting another just to keep playing it on the highest level. The third game in the OlliOlli series turns a simple sidescrolling skateboard game into an epic quest to become an actual Skate God. The playstyle is the same deceptively deep trick-based one that has always been in the series, but now it’s accompanying a stellar cast of characters and a series on whimsical locations that add up to a pretty decent story. The game also has this glorious anti-capitalist messaging that pairs well with the punk rock aesthetic. Extra kudos go to the game’s soundtrack, which foregoes the Tony Hawk Pro Skater route and keeps things low key with trip hop. Character customization is also top notch, including hijabs and gender neutral options.

The game’s difficulty ramps up dramatically in the fourth world, and only the very best will be able to complete all the challenges. However, simply beating the game is fairly easy and doesn’t feel like a consolation prize. I’ve put more than 200 hours into this game, and I’m nowhere near done playing. Speaking of games I put 200 hours into… 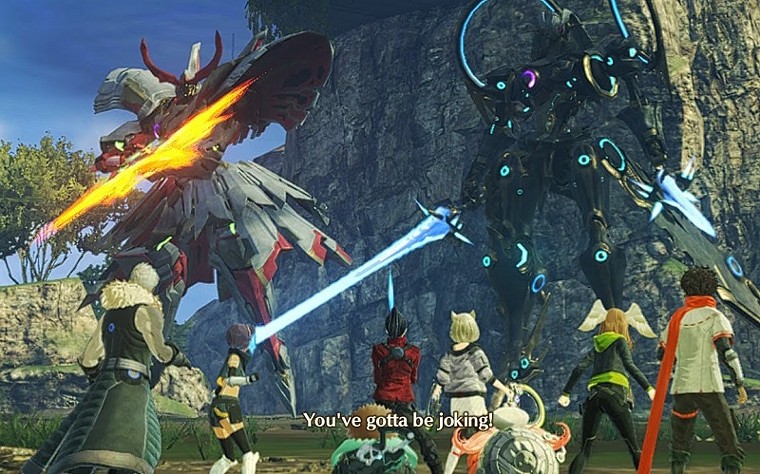 Xenoblade Chronicles has supplanted Final Fantasy as the preeminent JRPG series, and the third game proves it.

Like its predecessor, players will have no idea that the games’ stories are connected until a fair way through the experience. Once the worlds start to collide, things get epic in a hurry. From a narrative standpoint, the three Xenoblade games have crafted something that rivals Robert Jordan’s Wheel of Time in scope and magnitude. It’s so big and well done that it’s almost impossible to describe in a single paragraph.

Mechanically, Xenoblade Chronicles 3 combines the best parts of the previous two games. It can be a bit overwhelming at first, especially if this is your first time in the world, but if you just go along with it you’ll eventually be mastering multiple matrices at once. This game introduces an inventive job system that is based around recruiting optional characters to join the party as a final member, and it’s probably the closest anyone has ever come to making something as diverse and fun as Final Fantasy VI.

The best part of the game is how narratively it tackles the horror of war from several different angles. The story is centered around two nations in perpetual conflict, with each colony representing a different facet from black ops to engineering. Watching each group learn what it’s like to leave war behind and use their talents to live lends enormous weight to all the side quests involved in freeing them. Xenoblade Chronicles 3 ties together all the themes of its predecessors and makes the trilogy an unforgettable experience. 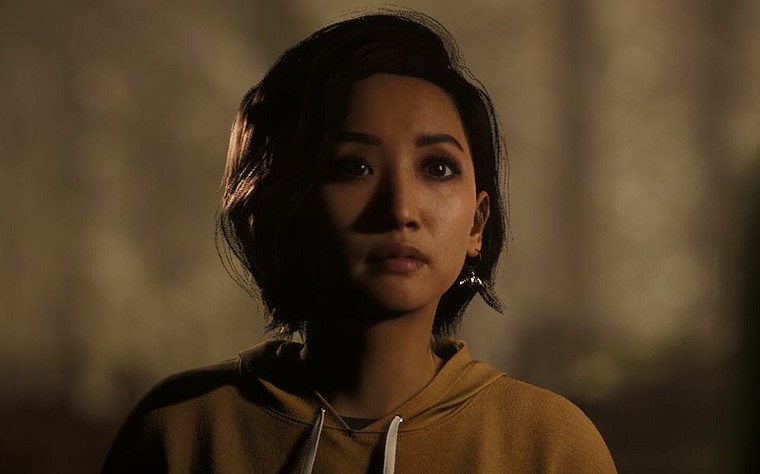 It's amazing how much more fun a game is when the characters are likeable.
Screenshot from The Quarry
The Quarry

This was a fantastic year for horror games, including Mortuary Assistant, Iron Lung, and Phasmaphobia. However, the one that really stood out was The Quarry.

The game serves as a spiritual reboot of Supermassive’s previous horror flagship Until Dawn. In fact, many of the story beats are damn near shot for shot. However, there are some improvements that make this a masterpiece.

For one, the casting is amazing. There’s a nice mix of horror legends like David Arquette and Grace Zabrinske as well as Disney Channel stars. Plus, Supermassive finally discovered that video games are more fun when the characters are actually likable. Many horror games populate their killing field with obnoxious dumbasses in parody of old slasher flicks, but it’s always made interactive media less enjoyable. No one likes being in charge of vapid bastards.

The game is also gorgeous. Just wandering around the camp site is fun because everything is so goddamn pretty. When things get bloody, that’s visually spectacular as well. The cost of the game is clearly on display.

While The Quarry is nowhere near as inventive as the other games I mentioned, it has undeniable quality few horror games ever achieve. That’s why it stands out. 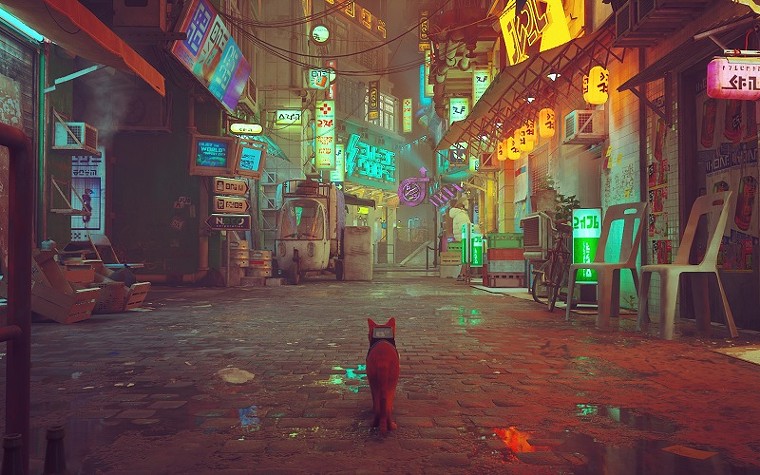 A new direction for adventure games.
Screenshot from Stray
Stray

Was there ever any doubt that Stray would be a Game of the Year? By focusing on perfecting their cat protagonist, BlueTwelve Studio has redefined the adventure genre. No more player characters talking to themselves and no more explaining obsessive exploration behavior. Since everything is built around being the cat, the world adheres perfectly to the cat’s design. If more games thought that way, there would be less ludonarrative dissonance.

Exploring the underground dystopia is a joy, with the cat weaving in and out of ruined buildings and across rooftops with ease. The NPCs are delightful, a neurotic robot race trying to understand themselves through what their human masters left behind. Combat is only middling, but there’s thankfully not much of it.

Stray is proof that sometimes all a game has to do to exceed all others is just be very good at the one thing it wants to be. In this case, a game where a cat realistically saves the day. People will be imitating Stray for decades to come.
KEEP THE HOUSTON PRESS FREE... Since we started the Houston Press, it has been defined as the free, independent voice of Houston, and we'd like to keep it that way. With local media under siege, it's more important than ever for us to rally support behind funding our local journalism. You can help by participating in our "I Support" program, allowing us to keep offering readers access to our incisive coverage of local news, food and culture with no paywalls.
Make a one-time donation today for as little as $1.