Riverdance Returns to Houston in a 20th Anniversary World Tour 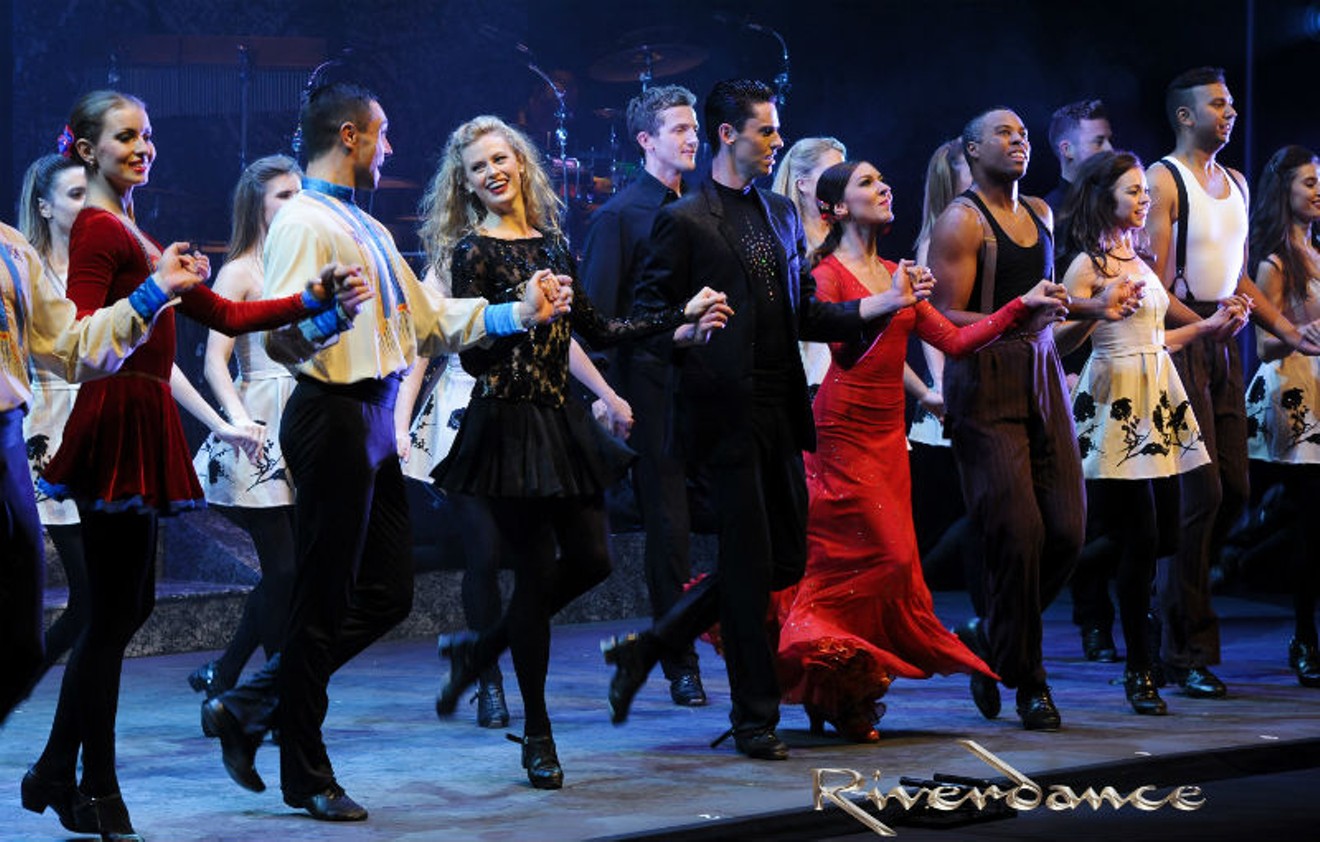 The lineup at the grand finale Photo courtesy of Riverdance
With flying feet, incredibly upright postures and not a whole lot of hand movement, the 35 dancers of Riverdance are on their way back to Houston as part of a 25th anniversary world tour.

Returning to the Hobby Center in a limited engagement, Riverdance— The 20th Anniversary World Tour  features a cohort of dancers in the structured traditional Irish dance style. Lead dancer Callum Spencer, who has been with the show for six years now, says that besides the dancing itself, "The music in the show is the key thing that's been keeping it going."

That music is based on a type of baroque music called Timedance. Bill Whelan composed the music for this version of the show which is directed by John McColgan. There will be new costumes, light and projections as well as a new number "Anna Livia" in which the female dancers will perform an a capella hard-shoe number.

Spencer, who hails from Rugby, England — said to be the birthplace of rugby football — says he was introduced to dance while in primary school after his sister signed up for a class and his mother decided it would be a good idea for him to go as well. "It kind of stuck with me."

Why do so many people (reportedly 25 million and counting)  like watching this highly successful show which has been performed throughout the world? "Quite a lot of people have an Irish background and it kind of resonates with them," Spencer says. "It kind of gets your foot tapping and it's just an easy show to watch."