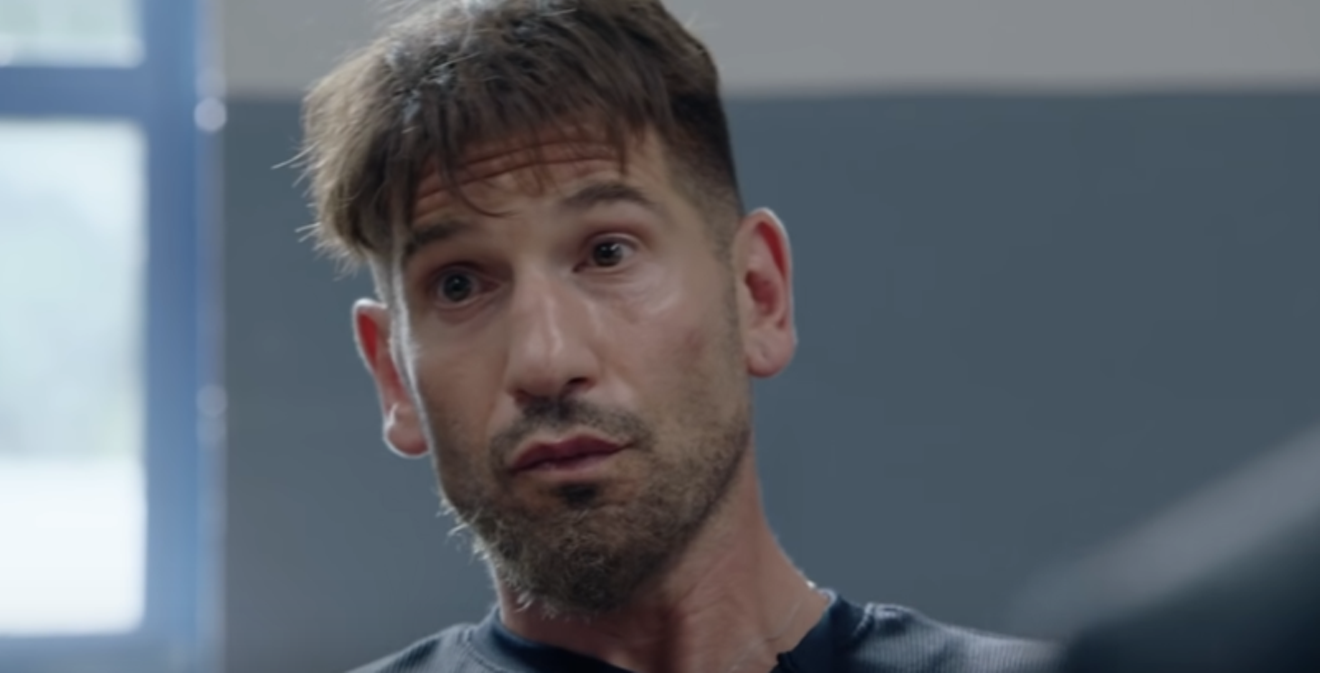 John Bernthal as Sgt. Wayne Jenkins in We Own This City. Screenshot

We Own This City is HBO’s gripping crime drama — based on the book of the same name by Baltimore Sun reporter Justin Fenton — follows the corruption and downfall of the Baltimore Police Department's Gun Trace Task Force.

The Wire creator David Simon returns to the streets of Baltimore for this series diving headfirst into the corruption of the BPD, looking at the systematic and political problems and extreme policing that led to the deterioration of the department and the public trust. While We Own This City is reminiscent of the earlier iconic series, it seems even more focused on its mission, with the importance of the story it tells present in every choice and frame of the show.

There's no one better at police storytelling than David Simon and George Pelecanos, who co-wrote the series with Simon. The procedural knowledge and ability to explain the systematic nature of policing and its problems are second to none. There's a scene in the first episode where the rank and file police are ordered to empty certain drug designated streets, arresting everyone loitering outside under the suspicion of drug activity.

Dozens of people are rounded up, and it's explained that they would be brought to processing and released in the morning. The purpose of the exercise is to get as many people off the street as possible, so there won’t be any murders because the mayor needs the stats to be lower because of the upcoming election. Scenes like this seamlessly explain the world you are watching and the reality of what's happening.

This is an important story, and its mission in telling it as accurately as possible is ever present. The Wire was a serious show, but there were light moments, and if you've re-watched it, you really realize how funny it actually was at times. We Own The City has no humor, and that's not a negative. The increased intrigue and seriousness serve the story it wants to tell. These are real-life problems that still persist. The bulk of the story takes place in 2017, after the tragic death of Freddie Gray while in the custody of the Baltimore Police. The series weaves together the corruption of the police department with the racial discrimination, and over-policing black communities face in Baltimore with the destructiveness of the continued drug problem in the city, creating a web of problems that have culminated into a moral collapse on all sides.

There are two major threads in the narrative. The most striking is the rise and fall of the Gun Trace Task Force led by Sgt. Wayne Jenkins, played by John Bernthal. Multiple timelines covering the years from 2015 to 2017 detail the investigation into the task force members who would rob drug dealers and take whatever they could from ordinary residents.

There’s a moment in Episode two where Suiter, played by The Wire alum Jamie Hector, a newly minted homicide detective is chided by his former Gun Task Force member Momadu Gondo (McKinley Belcher III), who jokingly asks “How the hell do you make money solving murders?” — the perfect distillation of the corruption the series is exploring.

Bernthal is incredible in this role. The physicality and testosterone that he walks around with are palpable. Everything is intense, from his walk to his eyes. In the first episode, Jenkins is apprehended by the FBI. The police commissioner, played by Delaney Williams, another face from The Wire, wants to look at him before his FBI interrogation begins. The stare Jenkins gives his superior says everything about the character. The commissioner walks out and immediately knows that Jenkins did everything he stands accused of and was proud to do it, not a hint of guilt or shame, just a glaring intensity and the entitlement to say, “do you know who iIam?”

The show’s conflicts are held together by Wunmi Mosaku’s Nicole Steele, a Civil Rights attorney tasked with reporting on the city's police corruption and discriminatory practices. Her point of view shows us the other side of police corruption, putting a focus on the everyday brutality of policing in Baltimore and how the system has completely deteriorated from within, destroying any possibility of trust from the public.

She investigates a known menace in the BPD, Daniel Hersl, played by Josh Charles, someone infamous in the community as a violent figure on the streets who has had dozens of complaints levied against him but is still patrolling the streets. He is the poster boy for police brutality, abuse of power, and the representation of everything that has gone wrong in Baltimore. He, like Jenkins, enjoys what he does. They enjoy having people fear them and having the ability to treat people however they want with impunity. Like both of them say, they were “born to be police.”

Sgt. Jenkins's speech in the first scene of the series reverberates throughout the entire show. Speaking to the newcomers to the BPD, he talks about “the fights you want to have” as cops, an acknowledgement that violence and subjugation are part of the appeal for many prospective police. We Own This City is a far cry from “copaganda,” unafraid to look at the structural failing of policing and how corruption can spread and destroy communities.

The Wire was clear in highlighting what it thought “good police” was, differentiating characters like Bunk and Lester Freeman from the knuckleheads looking for a “fight” like Herc and Carver. We Own This City shows the consequences of a toxic police culture and what happens when the system is designed to allow the “bad apples” to grab power and exercise it.

We Own This City is streaming on HBO.
KEEP THE HOUSTON PRESS FREE... Since we started the Houston Press, it has been defined as the free, independent voice of Houston, and we'd like to keep it that way. With local media under siege, it's more important than ever for us to rally support behind funding our local journalism. You can help by participating in our "I Support" program, allowing us to keep offering readers access to our incisive coverage of local news, food and culture with no paywalls.
Make a one-time donation today for as little as $1.