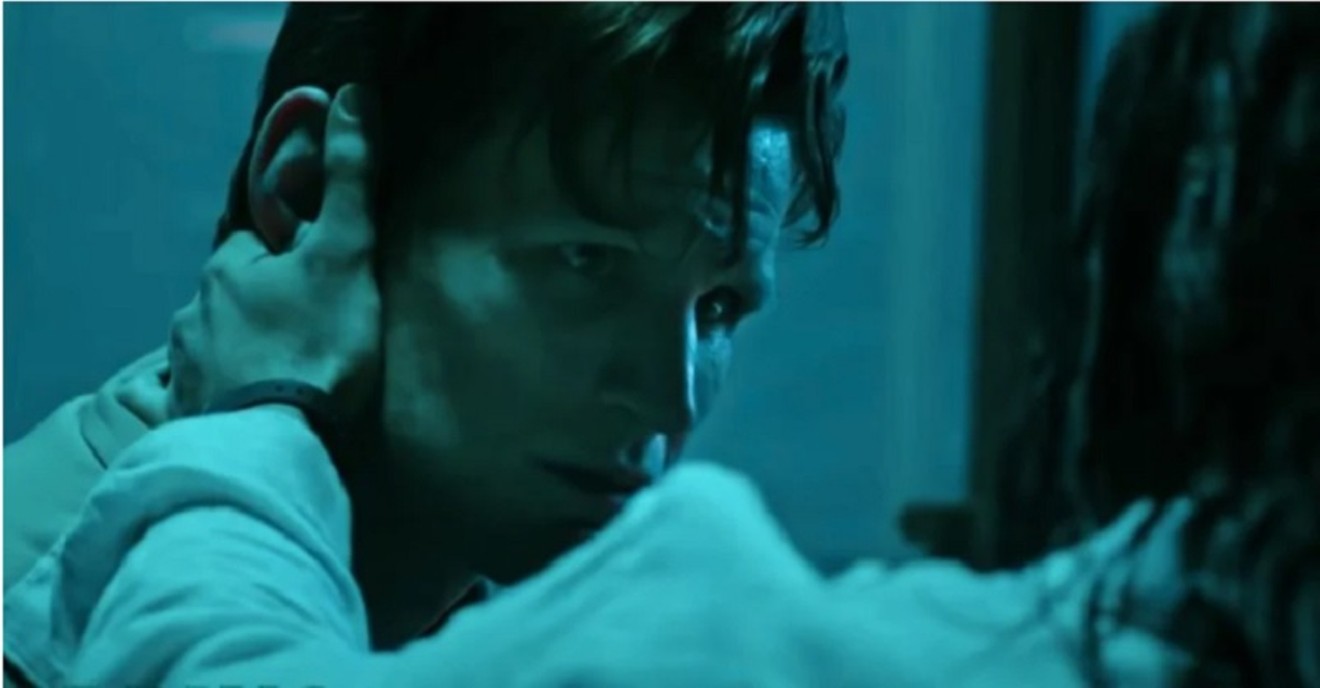 Morbius' villain has a point. Screencap from the Morbius international trailer
When I was a teenager in the ‘90s, I watched a man slowly die of AIDS. He was a friend of my theater teacher; someone she had worked with back when her focus was on acting instead of instruction. I don’t remember why she took me to see him one day when she was visiting, but I remember thinking that I had seen corpses in coffins that had more life than he did. He passed not long after I saw him, another victim of the American government’s negligent genocide against the LGBTQ+ population.

Morbius is the latest attempt by Sony to feed off the juggernaut that is the Marvel Cinematic Universe using the rights to the characters they still maintain a death grip on. Venom and its sequel Let There Be Carnage were surprise hits leading to a grudging acceptance of the Sonyverse as part of the MCU, something fully realized by the appearance of many previous Spider-Man characters in No Way Home. This included only a brief cameo of Venom.

That said, these new Sony/Marvel hybrids have worked mostly by leaning hard into queerness. What made Venom such a hit was not it’s generic superhero plot or uninspired action sequences. It was the bizarre romance-lite relationship between Tom Hardy’s Eddie Brock and the Venom symbiote, who became something of a manic pixie dream boy, but with eating bad guys’ brains instead of quirky personality traits. The sequel ramped the gayness up even harder, having Venom temporarily separate from Eddie and give a passionate, if weird, self-empowerment speech at a rave that read like a coming out story.

So, the question with Morbius was always going to be: will this be gay enough to top (he he) Venom? Vampires have been the stand-in for homosexuality for most of the Twentieth Century, when they’re not being used to demonize foreigners or, in Twilight’s case, make some statement about sex before marriage. To the film’s credit, it not only turned the gay up to eleven, it also crafted what is essentially an AIDS revenge story.

Dr. Michael Morbius (Jared Leto) is a man who has lived all his life with a debilitating blood disease. A genius, he vows to find a cure, developing a world-changing synthetic blood along the way. He views this as a failure that will not save either himself or his childhood best friend Milo (Matt Smith), and instead pursues dangerous gene-splicing research based on vampire bats. The results turn both him and Milo into science vampires.

It's impossible to miss the AIDS parallels on the screen. From Morbius and Milo’s emaciated forms constantly stumbling weakly through scenes to the obsession with body fluids, it’s clear what’s going on.

Though the two are only couched as friends, they are extremely physical with each other to the point of obvious romanticism. Milo is unambiguously queer-coded, constantly in flamboyant color and surrounded by excess. He is nominally supposed to be minor comic character Loxias Crown, but between the name change and the fact that we meet him in Greece, his entire presence is more reminiscent of fallen far-right gay would-be villain Milo Yiannopoulos. It’s too spot on to be a coincidence.

Morbius and Milo are a couple, and one that is linked by their shared suffering of a disease most of society does not appear to care about. The similarities grow deeper after Morbius’ transformation. He can subsist on his synthetic blood, but for only a short time. The window of its effectiveness grows shorter and is monitored constantly by Morbius’ strangely retro Casio watch. His strict regimen calls to mind early AIDS medication that had to be taken multiple times a day in order to maintain life. Meanwhile, real human blood has no such limitations. What is forbidden not only grants normal life, it also enhances the two into superhumans.

While Morbius abhors the bloodthirst, Milo embraces it. After a brutal fight in a subway, he taunts Morbius for his reticence in becoming a vampire fully.

“All our lives we’ve lived with death hanging over us,” he screams. “Why shouldn’t they feel it for a change?”

When HIV was first discovered in the ‘80s, the administration of President Ronald Reagan had a choice. They could either take it seriously, or they could use it for political gain. The new Moral Majority of Christian conservatives that had launched the occultist into power over the evangelical Christian Jimmy Carter were keen to leverage their voter power for walkbacks on segregated schools and reproductive freedom. Reagan failed to deliver on those, but he did have the ability to throw the burgeoning gay rights movement under the bus.

Under the direction to “look pretty and do as littles as possible,” Reagan let the AIDS crisis spread like wildfire as conservative commentators assured the public it was a disease only homosexuals contracted. The narrative that this was a curse from God grew deep roots that still feed fruit-bearing trees today. In the name of appeasing a growing theological fascist movement, Reagan put millions of people under the shadow of death.

That shadow is what makes a newly empowered Milo into an enthusiastic predator. Cast out by science and society, he wreaks revenge now that death comes to the normies from his changed blood. When Morbius starts a romantic relationship with his female colleague Dr. Martine Bancroft (Adria Arjona), Milo immediately moves to destroy it. Seeing Morbius edging into heterosexuality and perceived acceptability makes Milo even more keen to upend the world that condemned him to die.

This leaves the film’s overall message rather muddy. Is Morbius a better person for not seeking revenge on the world, or is he merely to beholden to the morality of a system that demanded the deaths of so many from a preventable disease? The fact that Morbius is played by a man who has been repeatedly accused of being a predator further corrupts the moral, of there even is one.

Regardless, there is something very compelling in the film. We are still living in the terrible aftermath of a blood plague, both figuratively and literally. To see someone afflicted stand up and scream that the tables will now be turned, that down will now be up, was worth watching. While I wouldn’t go so far as to say Milo was right, his rage was something he and the victims of America’s failure came by honestly. Why exactly should they not have their pint of blood as well?