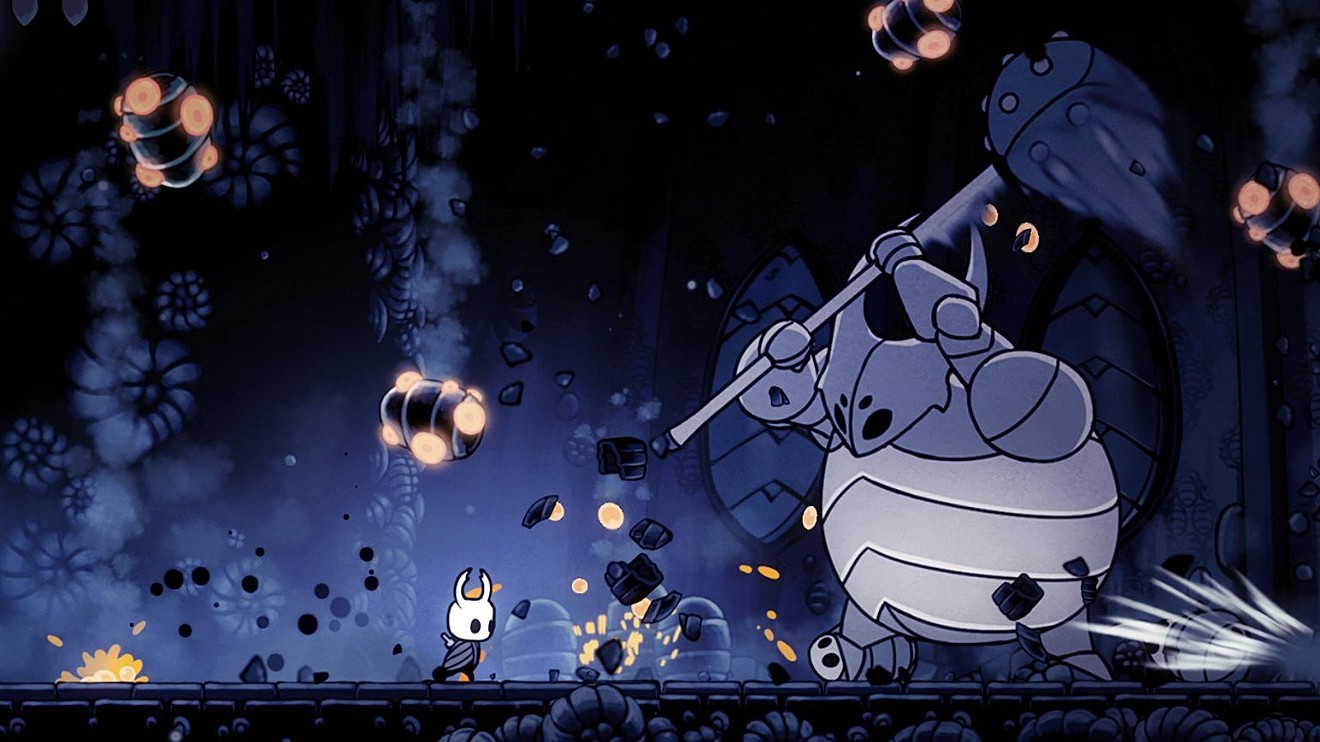 Some of the best games of the last decade are backwards looking, but they still have important guidelines if they want to be great. Screencap from Hollow Knight
Metroidvania is a term used to describe a certain sub-genre of video games that mimic the style of Super Metroid and Castlevania: Symphony of the Night. In general, they are non-linear, two-dimensional side-scrolling action games that have a focus on exploring a huge area that is unlocked with power-ups.

I’ve been playing a lot of them lately, with my three most recent being Hollow Knight, Salt & Sanctuary, and Bloodstained: Ritual of the Night. Working my way through these, I came up with five things every good Meetroidvania requires.

The real star of any Metroidvania is the environment that the player traverses, but these can quickly become overwhelming. The best way to fix this is by having a self-updating map that shows a player where they have failed to explore yet. One of the most frustrating things about Salt & Sanctuary is that it has no map at all in-game, meaning that not only do you not know where you’ve been, you often don’t even know where you are.

Hollow Knight has a fantastic map, but it gives an interesting twist on the mechanic. Being able to see where you are on it takes up a precious item slot, and if you want to mark specific features like benches to rest on or breakable floors, you have to buy them. This gives players the best of both worlds. Experienced explorers who build good knowledge of the environment can free up resources if they want to, but players who are not as good at fictional geography still have a guide.

This is often the weak point of many Metroidvanias. In the modern era, I would say that Bloodstained has done it best. The first half of the game is far more linear than it would appear, and NPCs will give hints about the next step. By contrast, both Hollow Knight and Salt & Sanctuary barely even tell a player what they are doing in the game in the first place. However, even Bloodstained falls apart on guiding players near the finish, and I doubt many could reach the true ending without some external guidance.

It’s a very subtle give and take. Metroidvanias are built on the idea of the player futzing around the map trying to discover everything, but at some point, when a frustrated player gives up on that there should be some indication of how to progress the basic story. Speaking of story…

Most Metroidvanias are very light on narrative. Of the three examples I’m mentioning here, only Bloodstained has real voice acting or anything like a coherent plot. Instead, exploration should reward players with subtle storytelling bits about the environment.

Hollow Knight has done this so well that entire YouTube channels have been dedicated to unraveling the weird culture of the bug people. When you’ve compelled players to start deciphering your fictional in-game language, that’s pretty impressive. I also really enjoy the way that Salt & Sanctuary does its lore. Tidbits are mostly tied to the skill growth chart, meaning that you will get more of the world’s story on subsequent playthroughs as you try out different builds.

Even as more and more games aim toward photorealism, the Metroidvania leans further into games as an animated medium. The genre is most at home when it is using its graphics to experiment with visual styles rather than create a facsimile of reality.

Having a unique style goes a long way. Bloodstained’s nostalgia-driven sprites straight from a lost Castlevania immediately tell a player what kind of game this is. Hollow Knight’s simple, yet haunting characters set the tone for a grim, but beautiful game. Salt & Sanctuary wears its allegiance to games like Dark Souls on its sleeve, helping players adapt to its particular playstyle. Art is far more expressive in a Metroidvania than in more life-like titles.

Game feel is a very important part of interactive storytelling. For example, large, strong characters often convey their weight and power through the way it takes them to respond to controller functions. A weak character in a horror game is often made to feel slow and unable to outrun a monster.

In Metroidvanias, characters are best when they are small and respond with lightning quickness. By reducing the environment down to two-dimensions, the player has less variables to focus on. Your ability to react to threats quickly and decisively increases, so a character can now move fast and precisely against quick-based threats.

The entire conceit of a Metroidvania is that of a small form moving within something large and imposing. The map itself is an enemy that has to be beaten, and no amount of strength will do that. Instead, a character is made nimble and agile, always one step ahead of the crushing weight of the world. Sluggishness utterly ruins the necessary illusion.

Metroidvanias are a popular sub-genre because they require relatively smaller teams to make compared to Triple A action titles. However, they aren’t easier. Like a poem with a strict form, a good one requires many elements that all line up. The best ones adhere to the rules.
KEEP THE HOUSTON PRESS FREE... Since we started the Houston Press, it has been defined as the free, independent voice of Houston, and we'd like to keep it that way. With local media under siege, it's more important than ever for us to rally support behind funding our local journalism. You can help by participating in our "I Support" program, allowing us to keep offering readers access to our incisive coverage of local news, food and culture with no paywalls.
Make a one-time donation today for as little as $1.