Eartha Kitt Made the First Lady Cry, Probably, and Paid For It Dearly 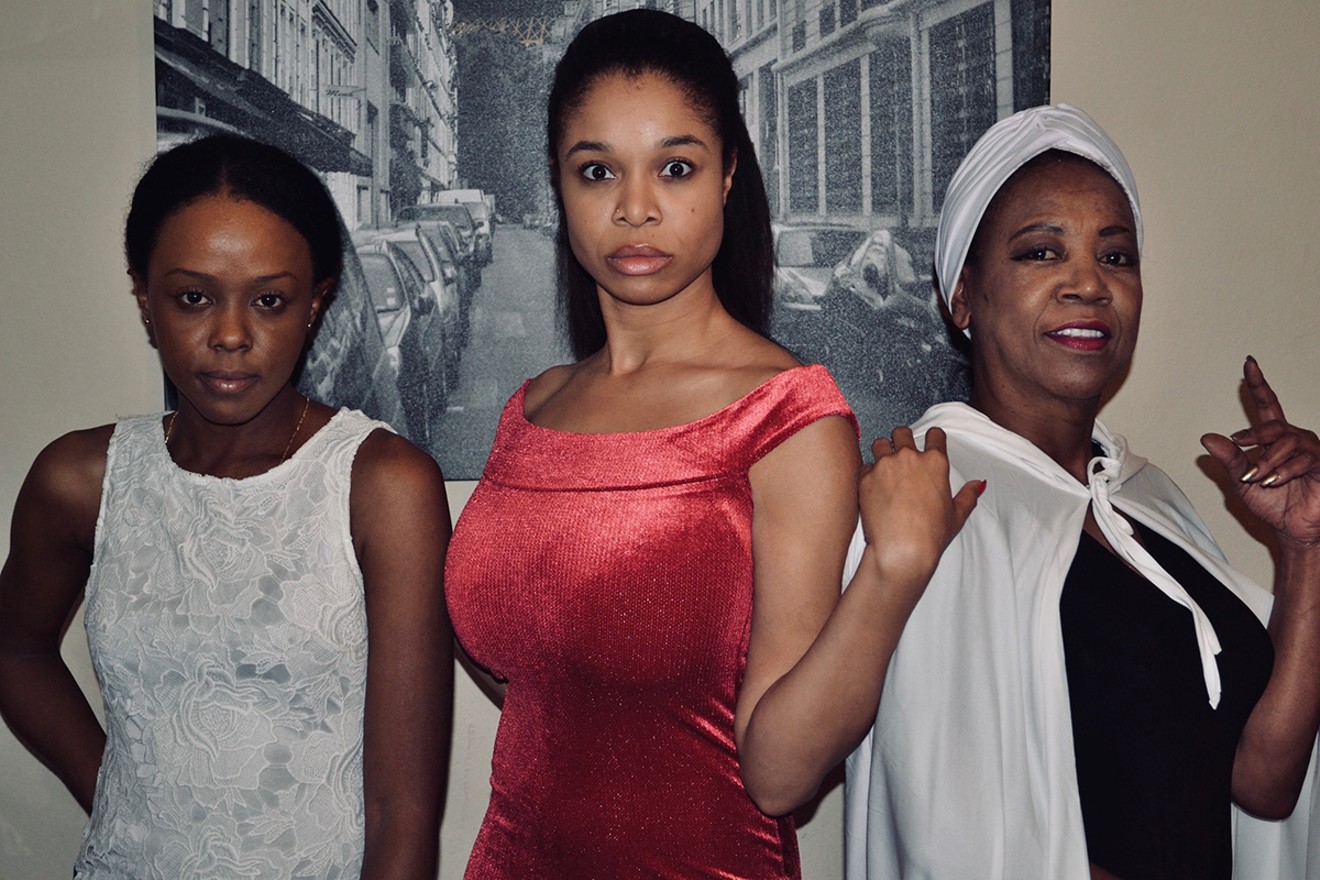 (L) Allana Kanye Grundy, Nyasha Amani Rasheed and (R) Trisha Duncan portray Eartha Kitt at different stages in her life during the world premiere of The Disappearance of Eartha Kitt, January 18-28 at Midtown Art Center. Photo by Cecealia Booty
Whether entertainer Eartha Kitt actually made Lady Bird Johnson cry at that fated 1960s White House luncheon remains the stuff of legend. What we do know is that Kitt's suggestions to the First Lady and her shocked guests that the Vietnam War contributed to juvenile delinquency made her persona non grata in this country.

Now local writer/producer/director Vincent Victoria, in hopes of keeping the story of Kitt — and her willingness to speak the truth — top of mind, has written a new play that is making its world premiere this month.

"I like stories that have been lost or almost forgotten. I don’t want them to be lost to history," says Victoria. "I wanted to do it exactly on the 50th anniversary [of the luncheon]."

Victoria tells us that it was still unpopular to talk about opposing the war in 1968, and that Kitt's premise that national discontent led to draft dodging, rebellion and alienation left the room speechless. "Coming from a black woman as well, it was doubly shocking. That’s what caused the uproar," says Victoria, who said it was all over the news within hours.

"Even people like Shirley Temple spoke out against her. It was a national sensation," says Victoria. "The funny think about that, in an interview Eartha Kitt said there were no reporters there. Somebody must have leaked the story; somebody leaked it to the press. She and Lady Bird were not on the same side of the room, [Kitt] saw no tears, but maybe it happened afterwards."

This will be Victoria's seventh play that he's written, many of which are based on real life characters. "The first play I did was about Hattie McDaniel. I did Josephine Baker earlier this year, and the next historical person is Booker T. Washington, and then I'm doing Lena Horne."

While The Disappearance of Eartha Kitt delves primarily into the ten years after the White House luncheon when Kitt was investigated by the CIA, blacklisted in this country and forced to work in Europe, it also covers her hardscrabble teen years, her time as a Katherine Dunham dancer, and her eventual triumphant return to the States.

"We talk about her days as a little girl on the South Carolina plantation, how she was abused, sent from family to family," says Victoria. "I have it ending with [the Broadway musical] Timbuktu! and her going back to the White House and meeting Jimmy Carter and Rosalynn Carter."

Kitt, who gained mainstream popularity with her role as Catwoman in the television series Batman, her hit single "Santa Baby" and her more than two decades on Broadway, was a larger than life entertainer. So it makes perfect sense that Victoria has cast not one but four women to play her role in this Vincent Victoria Presents production.

Victoria says that Eartha took her name to heart, and was always one to give back to the earth. "She loved to garden; she grew her own vegetables. I tried to show her in that light, in the play as well, show her eating vegetables," says Victoria. "She was a health fanatic. Even at 81 years old she had legs to die for."