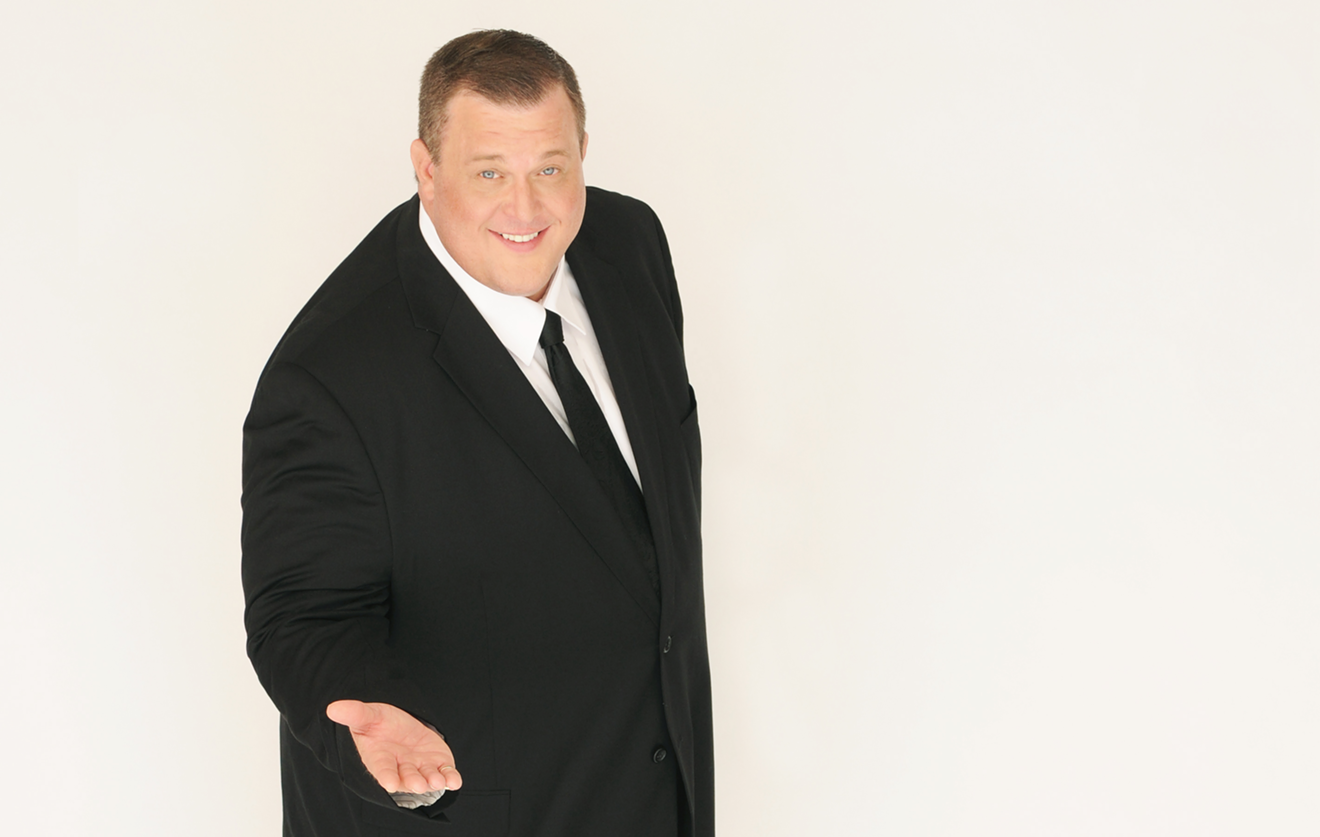 Billy Gardell has been hitting the road as a stand-up for more than 30 years now, but the thrill of the right response seems as a fresh as ever. “The hour on stage is the best part,” the Mike & Molly star says, without hesitation. “The rest of it kinda blurs together because you’re always traveling, but I think it's still the hour on stage making people laugh.”

With two nights in store for Houston’s Joke Joint Comedy Showcase, Gardell is proud to be dropping by the Bayou City again after a successful weekend early last year. “Yeah we sold out a couple shows last time, I like stopping in Houston. Its got good comic roots there, and I got comedy good buddies Don Learned and Dick Kendall, so its just nice to go back and visit.”

Learned, whom Gardell featured on his 2013 Showtime special Road Dogs: Las Vegas alongside Earthquake and Bob Zany, will serve as one of Gardell’s opening acts during his three-show stint. “I have a couple of buddies who open for me: Don Learned, Joe O’Connell, Ben Creed,” the funny man shares. ”I kinda use those guys as we go, I’ve known them a long time.”

Loyalty seems important to the sitcom star. Despite working with many of the brightest comedy stars in the business like Melissa McCarthy and Jason Lee, Gardell has a surprising answer to the question of who is funniest off-stage? “Your friends are always the funniest, doesn’t matter if they’re comics or not! When you share those laughs together as friends, I think those are the most solid laughs. I kinda hang with my circle of guys, and friends.”

Looking back, the 49-year-old Pennsylvania native acknowledges his comedy career has taken a unique journey. Early during Gardell’s first year as a performer, he got a break most professionals would kill for.  “I opened for Carlin once when I was 18,” he recalls. “It was an accident! [Carlin’s] opening act got food poisoning and I got the call from the comedy club. It was just a gift. It was an honor to meet him and he was really kind. I started in 1987, and I know it takes about 10-12 years to find your voice. Or, at least, it did for me.”

Also during his formative years, Gardell reminisces on a strange tour overseas that remains so painful, the comic can’t help but laugh hard. “I performed in England when I was very young, a tour of pubs… I didn’t make any money and I wasn’t very good at all. I don’t think [the audiences] were too different, I just think I wasn’t very good at the time! If I took another swipe at it, I think I’d be OK.”

Since signing off as Officer Mike Biggs after six seasons on CBS’s Mike & Molly in 2016, Gardell has kept his feet in the television pool. He was a guest host filling in on The Late Late Show, emceed the syndicated game show The Monopoly Millionaires’ Club and played police officers on more than a few primetime sitcoms. “I don’t know why I keep getting cast as a cop; I’m pretty sure I couldn’t catch anybody!”

Gardell also expanded his acting chops, taking on the dramatic role of  Colonel Tom Parker, Elvis Presley’s eccentric cowboy manager on the acclaimed CMT mini-series Sun Records. But nothing can keep
Gardell from CBS and the world of Chuck Lorre’s sitcoms, migrating to the hottest comedy on Network TV: Young Sheldon. “I’ve been popping in as the neighbor,” he offers with excitement. “Really fun to work with Lance Barber, he’s such a great guy. I love playing neighborly dads in Texas!”

Nevertheless, while the acting roles come and go – a great night of stand-up remains the number No. 1 prize, and the subjects he covers should feel like comfort food to his fans. “I talk about being married for a long time,” he says. “I talk about having a kid who is now a teenager. I’m trying not to be a hypocrite to him, but I want to be able to offer him good guidance. I talk about just not knowing how to survive in this world of technology, and not really wanting to try.”

Even with all his experience, Billy Gardell has one more dream he’s yet to check off. “I think a bucket list would be to do the Beacon Theatre in New York City, because so many of my favorite music artists have played there. Maybe one day I’ll get the chance to do that.”