Where Can I Buy a Human Skull for Christmas? 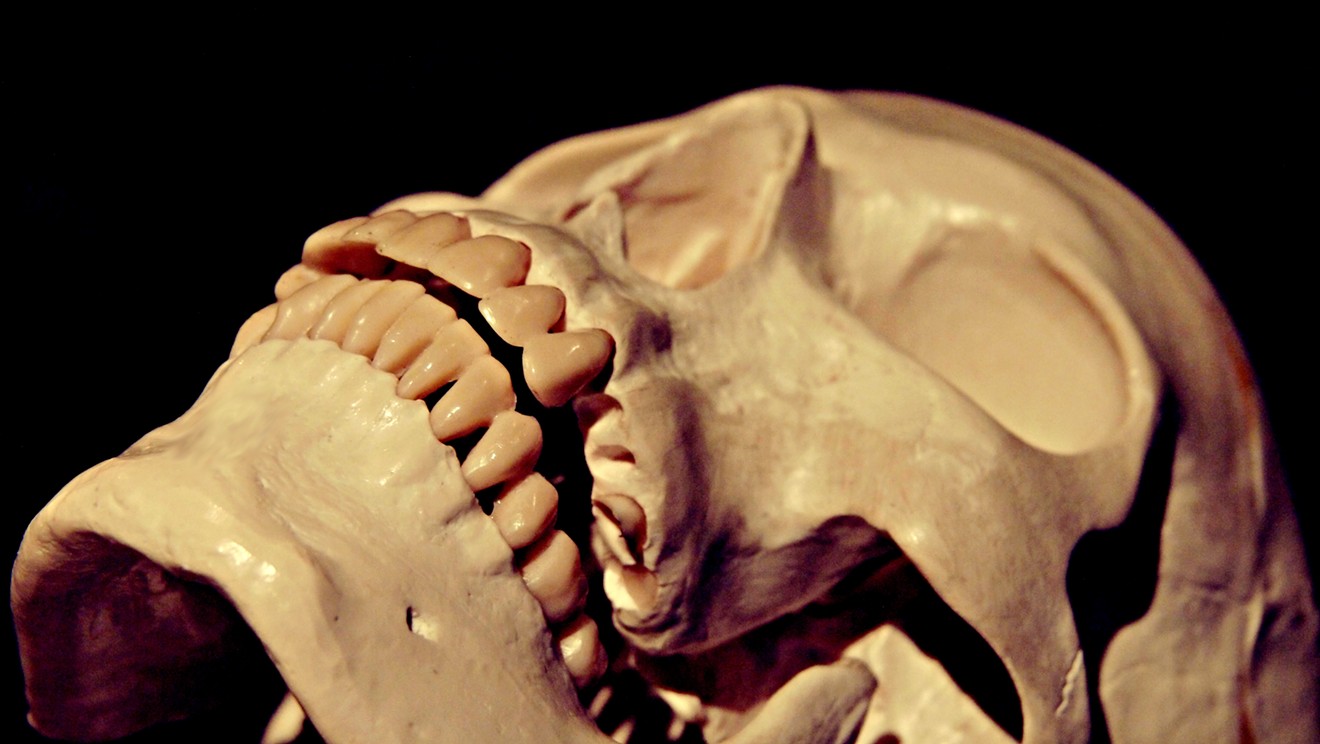 Ho ho ho Photo by Adán Sánchez de Pedro via Flickr
Holiday shopping is always a drag, especially if the person you love wants a real human skull for Christmas. Why does he or she want it? Maybe it’s to be a memento mori reminding them to mask up and stay inside during a plague year. Maybe to build a really impressive version of Santa Death from Terry Pratchett’s Hogfather to stand in their yard and annoy the Homeowners Association. Maybe they’re just goth. The point is that there are valid reasons for wanting to open a box on Christmas morning and find the grinning visage of a denuded corpse staring back. I just want to help facilitate a little holiday magic here.

First, some good news. It is perfectly legal to own and sell human bones! That doesn’t mean every avenue for trade is open to the subject. For instance, Ebay has a very strict policy when it comes to not selling any human body parts. A friend of mine ran into some trouble with that a few years ago when she tried to sell a jar of teeth for reasons that I’d rather not go into. Also, don’t believe the shopping tag on Google. Walmart does not sell human bones… yet.

The bad news is that there are pretty much no local sources for actual human skulls in Houston right now. That comes straight from bone and morbid object authority Lawyer Douglas of the Wilde Collection, who unlike the editor of this publication did not question my motives for wanting to buy perfectly legal items. The beloved Heights institution remains closed since jilted boyfriend and religious fanatic Jonathan Jinda burned it down last year. Douglas’ store was a bone lover’s paradise, including an Oddfellows human skeleton in casket that was prominently displayed for sale on the main floor. As Wilde Collection will likely not re-open for at least another year according to the owners, that means skull hunters with an eye for supporting local businesses are out of luck.

Houstonians do have another option: check their backyards. For some reason, there has been a recent spate of people in this city just stumbling across human skulls. In 2019, Kevin Hindman of Champion Forest went out to do some grilling and found a skull that the previous owner had simply left buried on the property (the previous owner said it had been a gift he had received). A few months before, a Clear Lake man stumbled across a skull, machete, and crucifix while looking for a place to pee.

Of course, if you find human remains it is your duty to inform the police, who may or may not let you keep them depending on the circumstances. For instance, if it happens to be a relative, you are almost certainly not allowed to have a skull because U.S. law is very weird sometimes. Also, you’re probably going to be at least a little of a murder suspect in that case so maybe don’t ask for a common trophy coveted by the hunters of men.

If you check your begonias and fail to find a skull, you’re going to have to search out an online dealer. I’m sorry to tell you folks that scream “don’t California my Texas” all damn day, but when it comes to human skulls the most reputable name comes from the Golden State. The Bone Room has been in the business for 20 years, and is the place to go for absolutely verifiable human skulls. They don’t come cheap. A normal skull will run you $1,600 and more medically interesting specimens are twice that or more. They generally come from China and India before that particular brand of export was banned. Is that problematic? Pretty sure we passed problematic way back at the headline.

In this economy, $1,600 is a lot of money. There are a couple of other options. If you can settle for a facsimile, Scientific Equipment of Houston sells wonderful medical model skulls for only $33.50. That’s cheaper than a lot of good fake skulls go for at Halloween in stores, so it’s a pretty sweet deal. Plus, it sidesteps many of the ethical dilemmas some people may have.

You can also go with animal skulls in place of human ones. One great Texas source is Taxidermy King, who regularly hosts spectacular auctions. In addition to traditional taxidermy pieces they do skulls. While human isn’t on their current catalog, they do sometimes deal in primate and monkey skulls as well as larger animals. Perfect if you want to build a festive Mari Lwyd in your yard.

You can also visit the Swap Shop at the Houston Zoo. The Swap Shop operates by letting visitors trade items they find in nature for other more interesting tidbits. These sometimes include some rare animal skulls, though you have to earn a lot of points for a prize that big. It’s probably too late to make that happen for a gift this year, but it’s a fun way to save up for next year’s holiday season. It’s not like the skulls are going anywhere. They’re just sitting there, waiting for you to get them for a very weird person you love.
KEEP THE HOUSTON PRESS FREE... Since we started the Houston Press, it has been defined as the free, independent voice of Houston, and we'd like to keep it that way. With local media under siege, it's more important than ever for us to rally support behind funding our local journalism. You can help by participating in our "I Support" program, allowing us to keep offering readers access to our incisive coverage of local news, food and culture with no paywalls.
Make a one-time donation today for as little as $1.