Springsteen's Born to Run is No. 21 on Rolling Stone's greatest albums list, represented here by Articulated Music Photo by Paul Curwin
This is the sort of year where practically everything invites spirited discourse, to put it mildly. Rolling Stone’s revised list of the 500 greatest albums ever is no exception. An update of two previous rankings of your favorite music of all time, the 2020 model was unveiled a few days ago and features a new album at the No. 1 slot (Marvin Gaye's 1971 masterpiece, What's Going On) and a more inclusive lot of music than its original version published in 2003. Naturally, the list ignited a firestorm of online debates and arguments, much to Rolling Stone’s delight.

The thing about lists like this and other collections is they should be fun. Just ask Paul Curwin. He’s the Canada-based curator of the popular Instagram page Articulated Music. The photo gallery features album covers accompanied by action figures. The idea to combine two of his favorite things grew into an IG success story after he’d one day positioned a Spider-Man action figure in Madonna’s iconic “Vogue” pose. He sought the similarities in his collections and teamed them in photos for a unique take on collecting.

“I've definitely been collecting action figures much longer and have accumulated a much larger collection of them, thanks in part to my page, seeing a figure that could fit an album cover perfectly to recreate it and jumping on the ol' eBay or Amazon to find it,” he said. “As for the album side of things, I started off by using vinyl records from a huge collection owned by my ex, with whom we share a son, that had been passed down from her late father and using the same criteria in picking albums that I still do to this day, which is, is there an action figure that properly represents something about this album?"

The page has nearly a thousand entries now and thousands of followers, which has been a bit of a shock, Curwin admits. 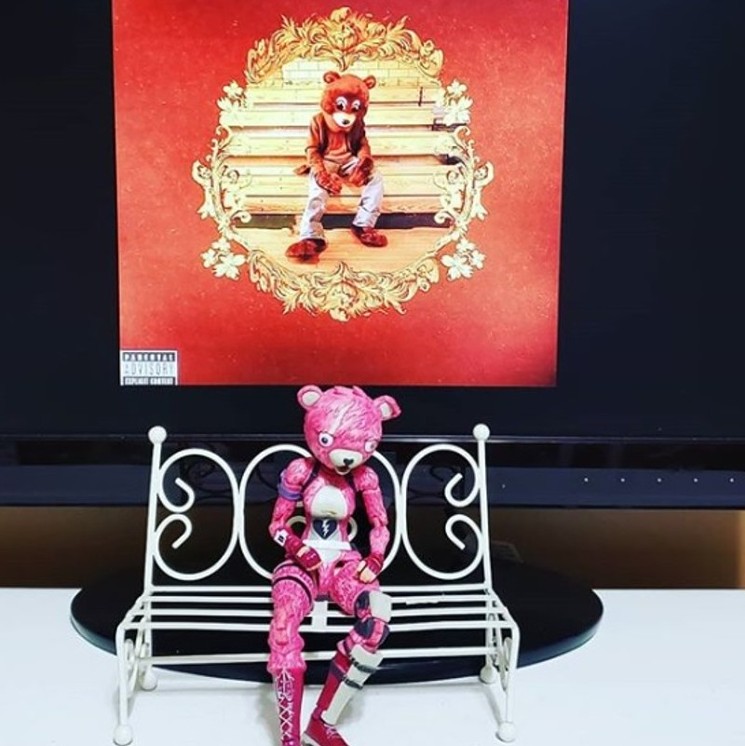 
“Here's the funny thing. This was a test for me to do something creative because I've never considered myself as such, and try to ignore any negative reactions or comments that may come my way, saying that I'm straddling a line that should not be straddled since toy collectors and music collectors can sometimes be quite specific in how they think someone in either realm should represent themselves and their passion on Instagram,” he noted.

“To my pleasant surprise, those negative comments have been very few and far between and I can probably count them on one hand, how many I've gotten. Instead I was fully accepted by both communities and continue to make great connections and friends in both of those specific types of collectors and to be absolutely straight with you, the support is equal from both sides.”

Curwin writes a blurb for each entry, often offering background on the album being featured. He seemed like a great person to take on the RS 500 list from a very different perspective. So, we asked what he thought of the new compilation and he dove right in, with opinions as muscular as an Incredible Hulk action figure.

“I have an issue with Ramones being 47,” he started. “They were able to create something truly significant, but didn't really leave anything to improve upon or evolve. I find any strong contribution to music history would leave us with constant and recognizable elements still used to this day, regardless of genre, but if you listen to the Ramones you are being very, very specific to what you're looking to listen to because it has yet to have its torch carried into the contemporary realm of music.” 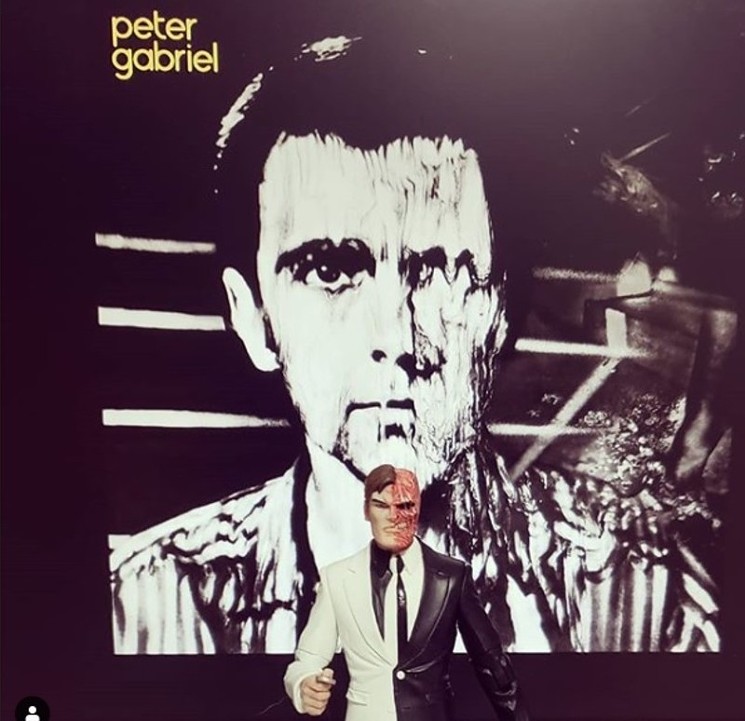 
Another misstep, in Curwin’s estimation, is Michael Jackson’s Off the Wall, listed now at No. 36, still miles behind Thriller at No.12.

“Michael Jackson. Off the Wall is definitely higher than it should be on the list because this feels more like the birth of the pop king, but the sound generated by the album was already in full swing and was definitely elevated by Jackson,” he opined. “The fact the sound didn't originate with that album makes me wonder why it's so high on the list.”

All that time Curwin spends around superheroes must have made him courageous. He fearlessly challenges Beyoncé’s position at No. 32. But lest the Beyhive go full comic book villain on Curwin, he explains his take with a glowing review of Lemonade, dubbing it the perfect album and giving his opinion a Shyamalanian twist, like the one at the end of Unbreakable.

“Beyoncé at 32 with Lemonade is an issue for me, just because it's a ‘perfect formula’ album that makes it impossible to find fault in it, but I think that's the problem I have with it. It's like she doesn't want to be outdone except by herself — she won't accept a protégé and that's a problem for me because I want to feel like when someone contributes to music it's to put something out there that someone else down the road can build on, but there's nothing to build on because Lemonade is actual perfection in the domain that it resides.”

Genesis's Nursery Cryme , heads and all
Photo by Paul Curwin

“Tribe Called Quest is perfectly placed where it is at 43 and I'll say it's because having it be that high on the list will hopefully influence others to keep this sound in the prominence it deserves,” he said. “The breaks are just right and feels like I'm watching a chef dice an onion into a million pieces without effort nor any sign of a tear, just pure satisfaction.”

“Talking Heads at 39 with Remain in Light is great because it's almost like it was the perfect musical pivot to usher us from the ‘70s sounds to the ‘80s, which the new wave genre just did so well with its acceptance and understand of how technology was a necessary part of music's evolution,” he suggested. “Even though Kraftwerk was ahead of them, this was finally the push music needed.”

“Miles Davis (Kind of Blue) at 31. Man, you can't touch it where it stands and I hope it never moves,” he continued. “Just outside that magical zone of top 30, but on its heels so you definitely need to always look back and see it. It's there and it isn't going anywhere.”

“Stevie Wonder's Innervisions could definitely stand a few nudges towards 30 instead of 34. He's belting out those lyrics that make you wonder how you can trust in someone's vibe so inherently without any regard or current-day fact checks. Music needs to still be able to create an escape and Wonder's songs do just that,” he said. 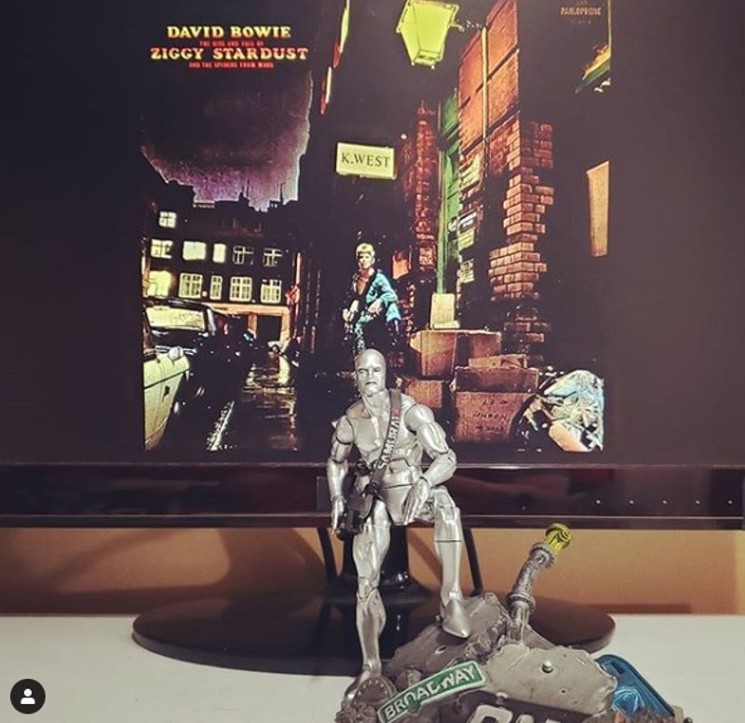 For the most part, Curwin is okay with the list. He said if he could rank the top of the list, he’d place Amy Winehouse’s Back to Black at No. 3, would leave The Beach Boys’ groundbreaking Pet Sounds where it resides on the actual list at No. 2, and for No. 1?

“I want to cheat and put Bowie's Berlin Trilogy as the No. 1,” he said. “It's three albums but let's be real, it's one released over multiple steps.”

One thing Curwin hopes the list will do is inspire people to start their own collections. These days, he uses a computer monitor to feature the albums he posts on Articulated Music, which lets him showcase obscure or out of circulation records as well as indie artists. His advice to new music collectors is to let one good purchase take you deep down the rabbit hole.

“I say start with something that makes you feel good listening to it without any consideration, just plain liking it, and then build that collection by understanding all of the influences — and even go as far as seeking the influence of those influences — that made your favorite music become what it is. Because everything has a source,” he said.

“Words have etymology to explain their origins and music has that thing where a sound or rhythm is ‘born’ then expanded upon endlessly and evolves through time by different artists' interpretation of either of those. Because anytime you start a journey through music, you should at least have the comfort of knowing where that journey started with you and, if anything, it will always act as a guide to your next step in it.”
KEEP THE HOUSTON PRESS FREE... Since we started the Houston Press, it has been defined as the free, independent voice of Houston, and we'd like to keep it that way. With local media under siege, it's more important than ever for us to rally support behind funding our local journalism. You can help by participating in our "I Support" program, allowing us to keep offering readers access to our incisive coverage of local news, food and culture with no paywalls.
Make a one-time donation today for as little as $1.