Revelry on Richmond is one of many spots in town where you can check out the NBA Western Conference Finals between your Houston Rockets and the Golden State Warriors. Photo by David Rozycki
Since the start of this NBA season, it felt almost inevitable – the Rockets would face the Golden State Warriors in the Western Conference Finals. Now, the inevitable has come to fruition, as the Rockets-Warriors series is underway. The winner will be an overwhelming favorite to win the NBA title (oh yeah, Boston and Cleveland are playing in the East, if you care).

If you’re lucky enough to have tickets to any of the Rockets’ home games, or if you’re brave enough to venture into enemy territory for a Warriors’ home game, props to you. But, for those unable to get in the building for what could be an epic series, Houston doesn’t lack for options when it comes to places to catch the Conference Finals. 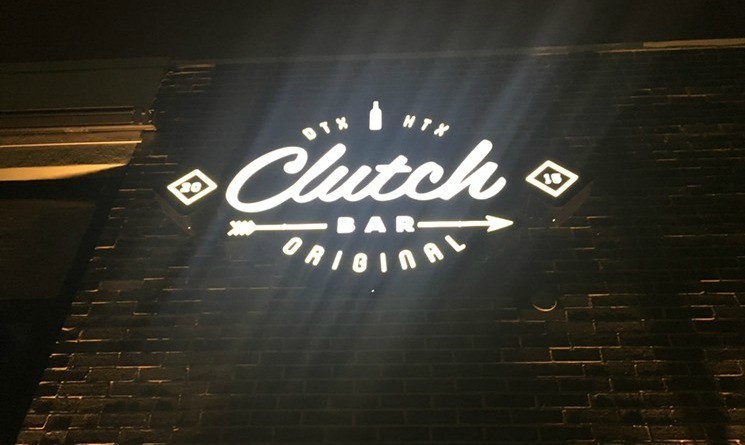 Clutch Bar
Photo by Clint Hale
CLUTCH BAR
Oddly enough, despite its “Clutch” moniker – which would indicate Houston roots – this Washington Ave establishment is actually based in Dallas. Don’t hold that against it. Clutch is a great place to post up for the Rockets’ playoff run. The TVs are ample. The beer is both cold and local, and for those looking to make a bar-hopping night of it, Clutch is in close proximity to numerous other bars. And, again, that name. (5334 Washington, clutch-bar.com) 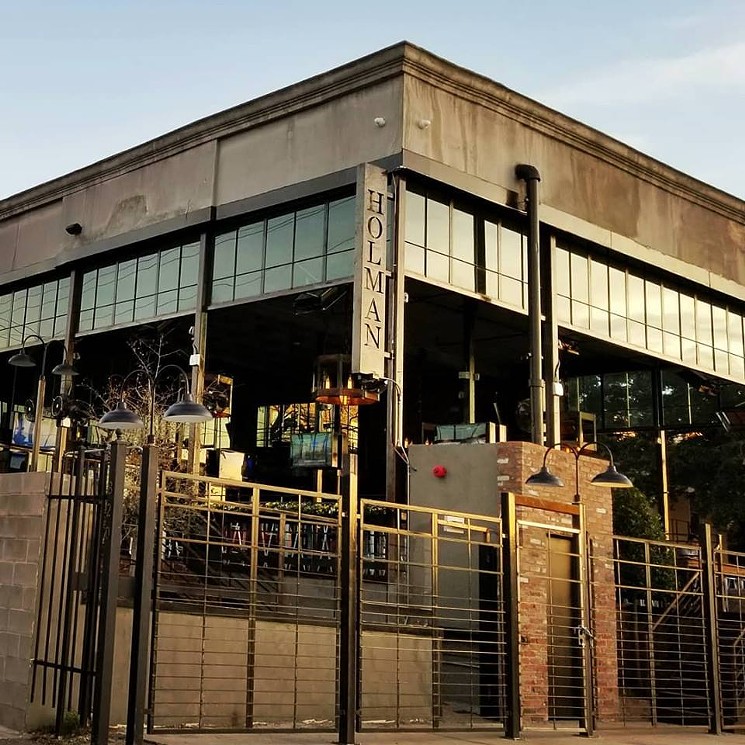 Holman Draft Hall
Photo courtesy of Holman Draft Hall
HOLMAN DRAFT HALL
Holman Draft Hall is technically in Midtown, but this isn’t your stereotypical Midtown joint. For one, the clientele skews a bit older – more folks in their 30s, fewer in their early 20s. Secondly, this is not the place to down shooters all night. Rather, it’s the place to post up and watch the game on any number of TV sets, grab any number of craft brews on draft (or a whiskey downstairs), and enjoy the night. Also, dog-friendly. (820 Holman, facebook.com/HolmanDraftHall) 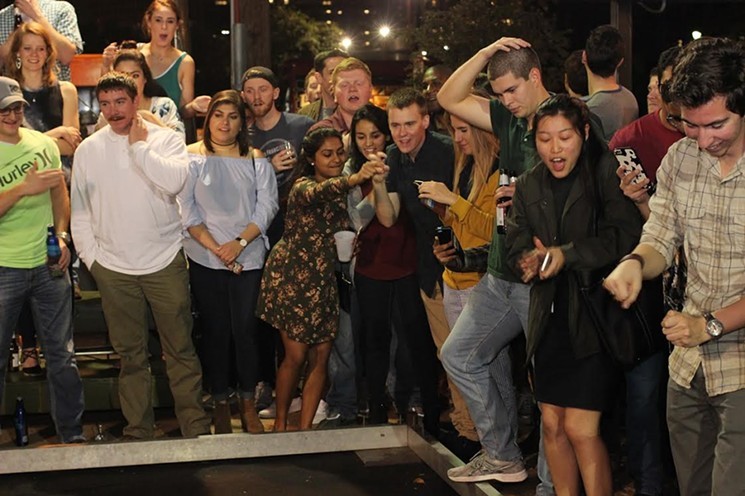 Little Woodrow's Midtown
Photo by Francisco Montes
LITTLE WOODROW’S MIDTOWN
Not one to rest on its laurels, Woodrow’s in Midtown recently underwent a renovation. That includes newly installed swings, more outdoor patio space, field turf to replace the concrete, and so on. Woodrow’s was already a great place to catch the Rockets, or any game, for that matter. Thanks to a little facelift, that holds even truer now. (2306 Brazos, littlewoodrows.com) 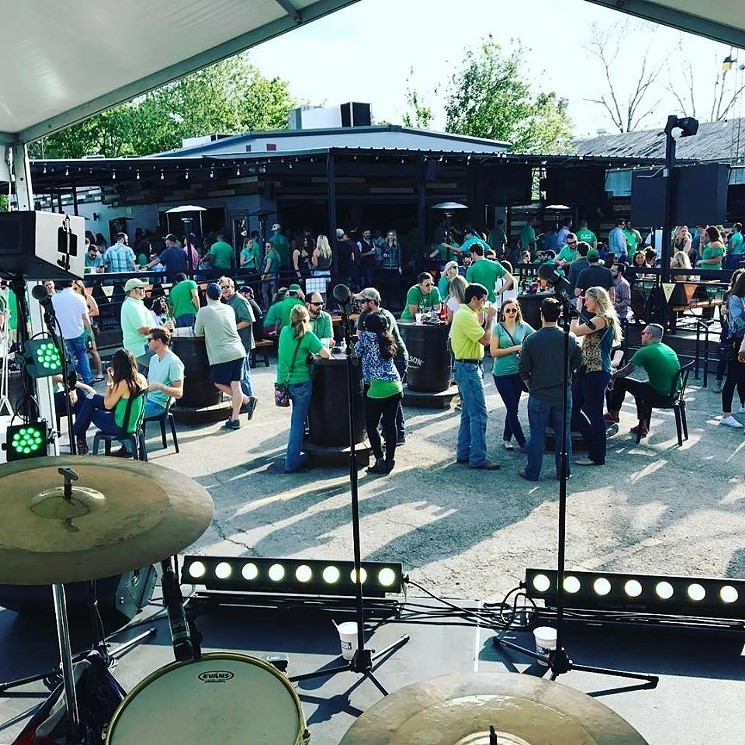 McIntyre's
Photo courtesy of McIntyre's
McINTYRE’S
Simply put, McIntyre’s doesn’t have a weakness. The drinks are diverse, but none are overly costly. The staff is top-notch. Food trucks are on-site. There are swings, ample patio space, but a spacious (and air-conditioned) indoor spot with pop-a-shot. Dogs are allowed. Hell, you can even park right outside the bar! Oh yeah, there’s a TV at every turn, and for big games like Rockets-Warriors, audio will be included as well. (1230 W. 20th, mcintyreshouston.com) 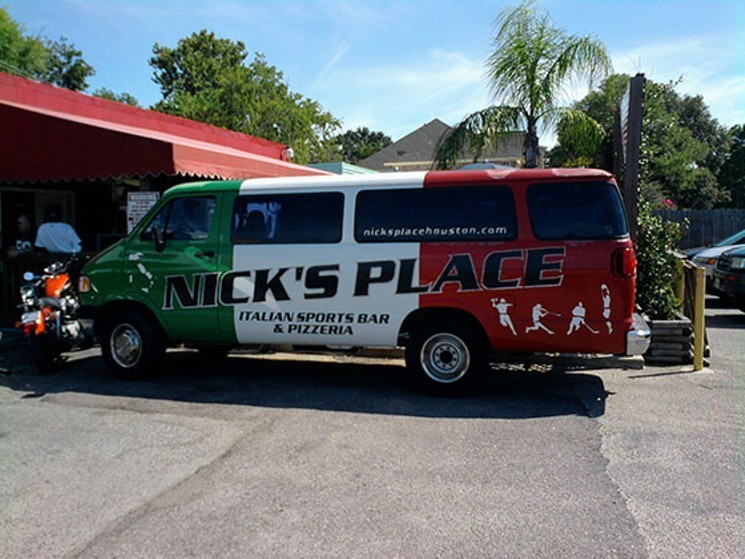 Nick's Place
HP Staff
NICK’S PLACE
Half sports bar/half Italian restaurant, Nick’s Place – despite being in business for 25 years – remains one of the more underrated sports bars in town. Nick’s features more than 40 TVs – most of which will be locked in on the Rockets and Warriors this week – and the kitchen is open until 1 a.m. daily. As for that kitchen, it serves up some mighty fine Italian food, in particular, the baked ziti. (2713 Rockyridge, nicksplacehouston.com) 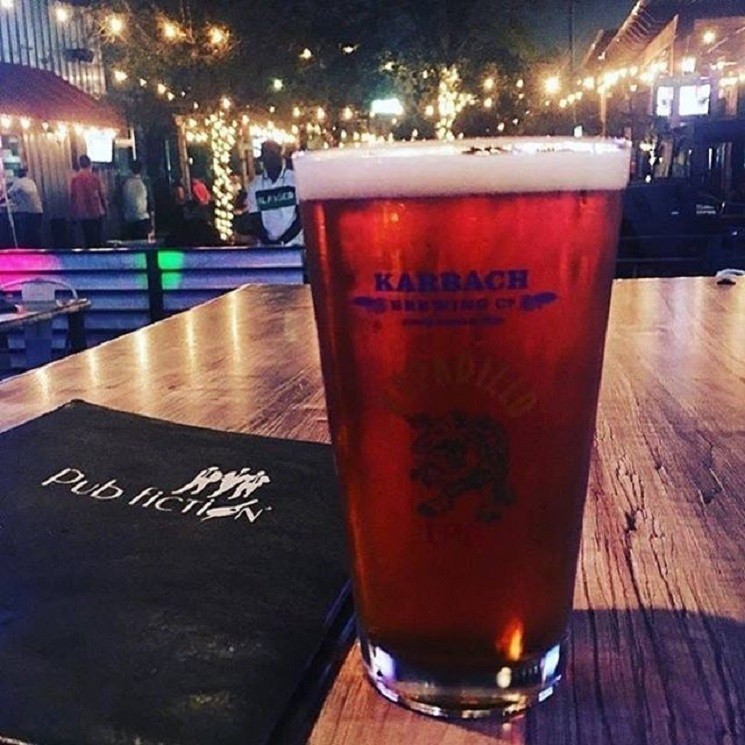 Pub Fiction
Photo courtesy of Pub Fiction
PUB FICTION
Pub Fiction isn’t some official Boston Celtics bar. Rather, there simply seems to be a large contingent of Celtics fans that congregate at this Midtown institution to watch their team in action. And considering Celtics-Rockets remains a legit NBA Finals possibility, even Houston fans may want to check in and scout the potential opposition. Do so while enjoying one of the finer patio scenes in town. (2303 Smith, pubfiction.com) Revelry on Richmond
Photo by David Rozycki
REVELRY ON RICHMOND
Revelry has three things going for it. The beer list is extensive. The TV scene is on-point. And, perhaps most importantly, considering our recent spring weather has left us, the majority of the place is indoors, and thus, climate-controlled. The Western Finals are going to be tense enough; no need to get too much of a sweat worked up. (1613 Richmond, revelryonrichmond.com)

Wicklow Heights
Photo courtesy of Wicklow Heights
WICKLOW HEIGHTS
Wicklow is a relatively new addition to the burgeoning Heights/Shady Acres bar scene. And while it doesn’t have a lot of TVs, placement is key, and Wicklow has that figured out. Bar owners elected to place four large flat-screens in unison, thus creating one big screen that sits at the end of Wicklow’s spacious patio. Check out the game while enjoying any number of craft beer and cocktails. (1027 W. 19th, wicklowheights.com)
KEEP THE HOUSTON PRESS FREE... Since we started the Houston Press, it has been defined as the free, independent voice of Houston, and we'd like to keep it that way. With local media under siege, it's more important than ever for us to rally support behind funding our local journalism. You can help by participating in our "I Support" program, allowing us to keep offering readers access to our incisive coverage of local news, food and culture with no paywalls.
Make a one-time donation today for as little as $1.