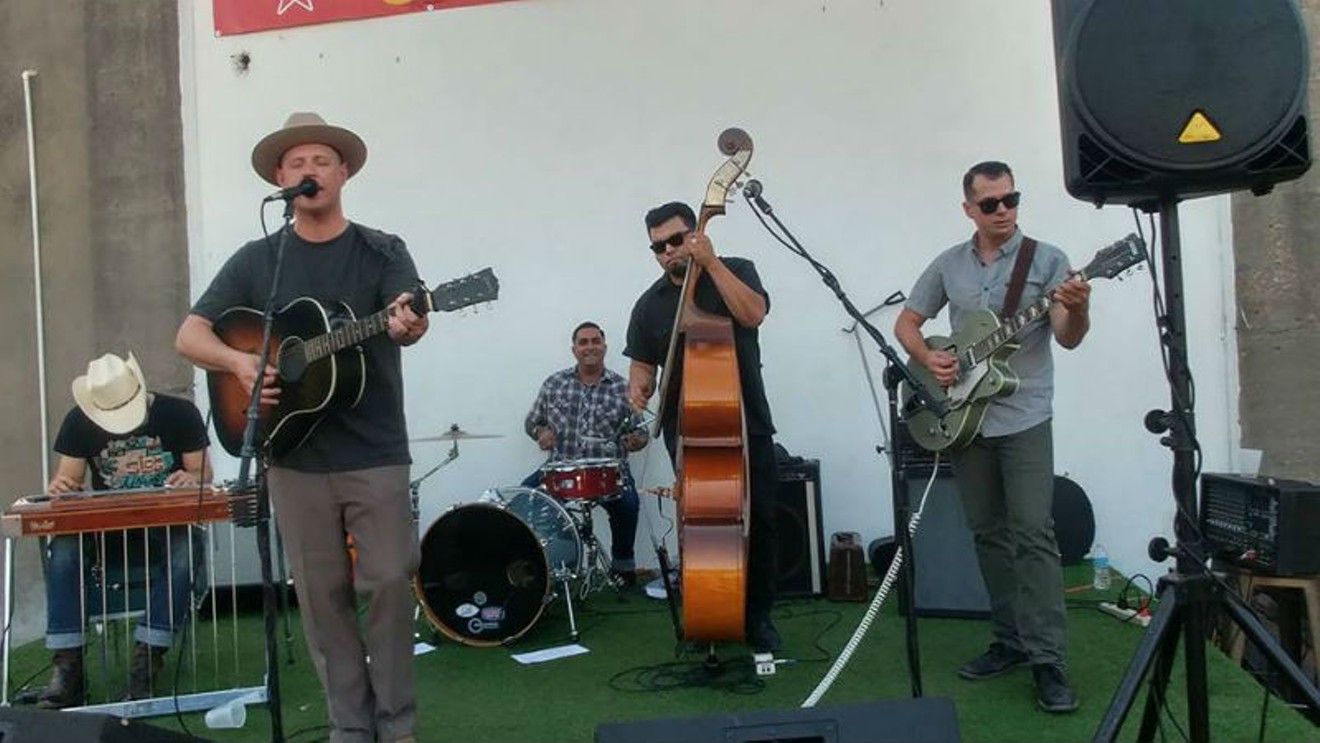 The Broken Spokes are one of Houston’s busier country acts. The gigs they take routinely have something in common – booze. Hooch. The sweet, intoxicating nectar of the gods. Whether they’re playing a brewery like 8th Wonder or a honky tonk like Whiskey River or big fests like the ZiegenBock Music Festival or Texas country music halls like the one in Gruene, there is going to be some drinking involved. The Spokes gamely match the action in these establishments with the perfect soundtrack for beer guzzlin' and whiskey shootin’. They have some go-to songs for these spirituous moments, stuff like “Moved Into a Bottle,” perhaps their best-known song.

No band can make a career from simply trotting out tunes for booze hounds and barflies. These guys are all very gifted players who’ve previously pieced together a Houston Press Album of the Year nominee and regularly draw sit-ins by and kudos from fellow Houston music folks, like Nick Gaitan and Vinyl Ranch. They can call up a vibe to fit the mood and if the mood calls for a drink or two, they’re the band for the job.

Readers' Choice: Poor Dumb Bastards
facebook.com/Poor-Dumb-Bastards
KEEP THE HOUSTON PRESS FREE... Since we started the Houston Press, it has been defined as the free, independent voice of Houston, and we'd like to keep it that way. With local media under siege, it's more important than ever for us to rally support behind funding our local journalism. You can help by participating in our "I Support" program, allowing us to keep offering readers access to our incisive coverage of local news, food and culture with no paywalls.
Make a one-time donation today for as little as $1.